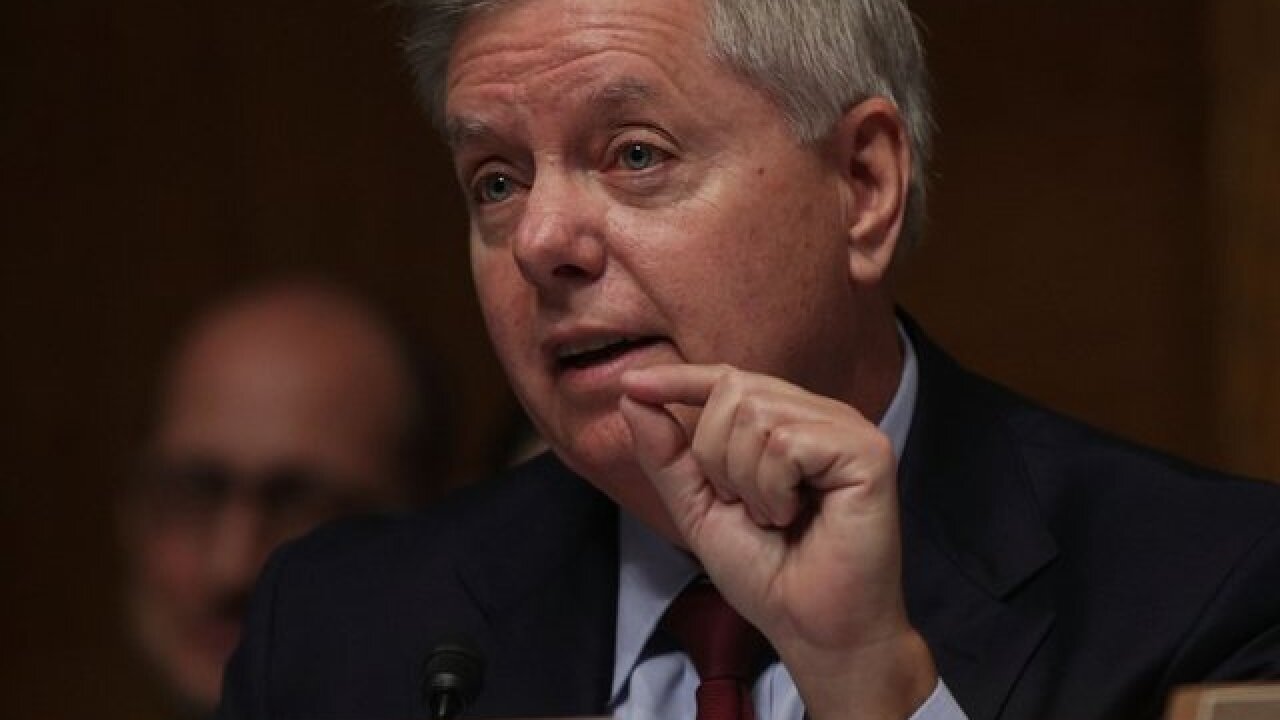 Sen. Lindsey Graham (R-South Carolina) is calling on President Donald Trump to re-nominate his controversial Supreme Court Justice nominee, Brett Kavanaugh, should Kavanaugh fail to be confirmed to the high court by the Senate.

"If his nomination were to fall short, I would encourage President Trump to re-nominate Judge Kavanaugh to the Supreme Court. It would - in effect - be appealing the Senate's verdict directly to the American people," Graham said in a statement released on Tuesday.

Kavanaugh's confirmation is currently in jeopardy as the FBI investigates a number of sexual assault allegations levied against him. Last week, Christine Blasey Ford testified in front of the Senate Judiciary Committee that Kavanaugh sexually assaulted her at a party while the two were in high school.

Currently, Republicans hold a 51-49 majority in the Senate with Vice President Mike Pence holding a tiebreaker — meaning if all Democrats vote on party lines, Republicans can't lose more than two votes and confirm Kavanaugh to the Supreme Court. At least one Republican swing vote, Sen. Jeff Flake (Arizona) is not running for re-election, and Graham believes an open Kavanaugh confirmation would be a boost to Republicans in toss-up Senate races.

NEW: Sen. Lindsey Graham encourages Pres. Trump to re-nominate Brett Kavanaugh if he is not confirmed.

Graham viciously defended Kavanaugh's character during the hearing, calling the allegations against Kavanaugh the most "unethical sham" he's seen since he's been in politics.