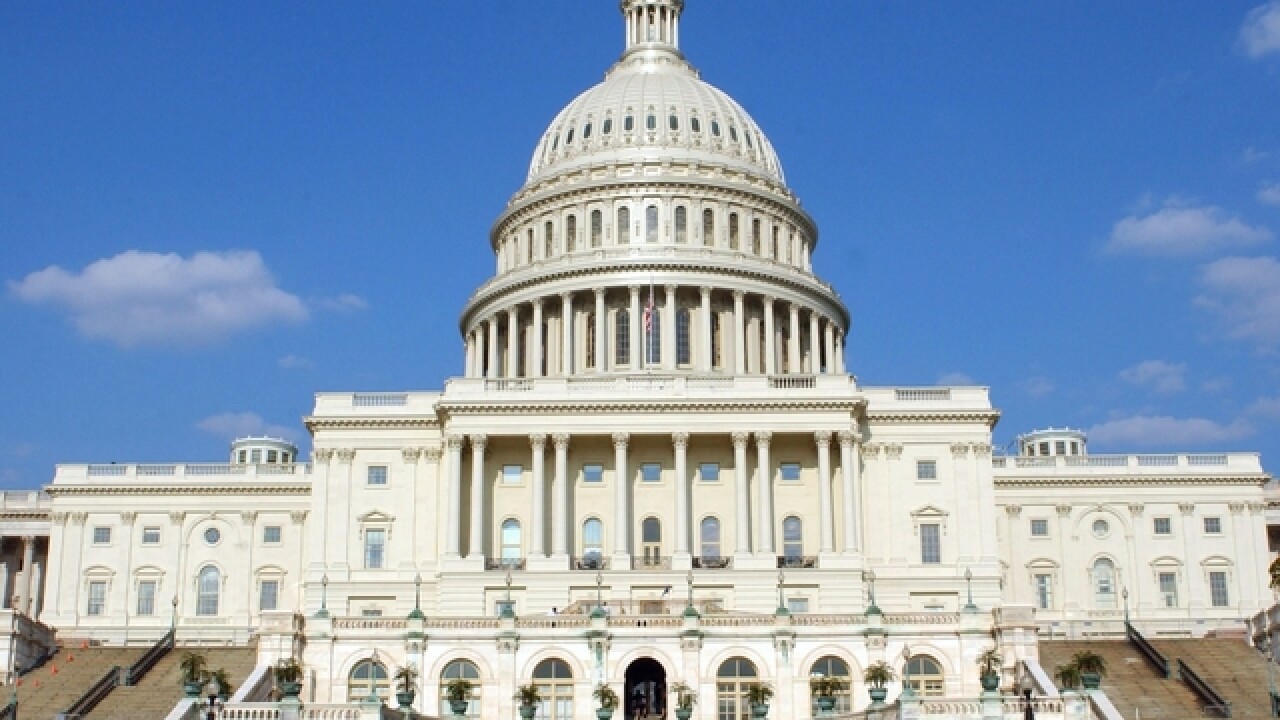 WASHINGTON (AP) — Averting an election-year crisis, the Senate on Wednesday passed a bill to keep the government operating through Dec. 9 and provide $1.1 billion in long-delayed funding to battle the Zika virus. The House was poised to act on the measure before day's end.

The sweeping 72-26 vote came after top congressional leaders broke through a stalemate over aid to help Flint, Michigan, address its water crisis. Democratic advocates for Flint are now satisfied with Republican assurances that money for Flint will be finalized after the election.

The hybrid spending measure is the last major item on Capitol Hill's pre-election agenda and caps months of wrangling over money to fight the mosquito-borne Zika virus. The spending bill also includes $500 million for rebuilding assistance to flood-ravaged Louisiana and other states.

Both the House and Senate in rapid succession also overrode President Barack Obama's veto of legislation to allow families of Sept. 11 victims sue Saudi Arabia for its alleged backing of the attackers, handing him the first veto override of his presidency.

Determined to return home and campaign, the House was speeding to approve the spending bill Wednesday night and send it to Obama for his signature. Congress won't return to Washington until the week after Election Day.

The House easily passed a water development projects bill after ratifying, by a 284-141 vote, a compromise $170 million Flint aid package. The move to add the Flint package to the water projects bill, negotiated by top leaders in both parties, was the key to lifting the Democratic blockade on the must-pass spending bill.

The deal averts a potential federal shutdown and comes just three days before the midnight deadline. It defuses a lengthy, frustrating battle over Zika spending. Democrats claimed a partial victory on Flint while the GOP-dominated Louisiana delegation won a down-payment on Obama's $2.6 billion request for their state.

The politicking and power plays enormously complicated what should have been a routine measure to avoid an election-eve government shutdown.

The temporary government-wide spending bill stalled in the Senate Tuesday over Democrats' demands that the measure include $220 million in Senate-passed funding to help Flint and other cities deal with lead-tainted water. Democrats said they were not willing to accept a promise that Flint funding would come after the election, but they won stronger assurances from top GOP leaders like House Speaker Paul Ryan, R-Wis., and agreed to address the city's crisis in the separate water development bill.

The Flint issue arose as the final stumbling block after McConnell added the flood aid for Louisiana to the spending bill.

Democrats argued it's unfair that the water crisis in Flint has gone on for more than a year with no assistance, while Louisiana and other states are getting $500 million for floods that occurred just last month. Democrats played a strong hand in the negotiations and had leverage because Republicans controlling the House and Senate were eager to avoid a politically harmful shutdown some six weeks before the election.

Behind-the-scenes maneuvering and campaign-season gamesmanship between Republicans and Democrats had slowed efforts to pass the temporary spending measure, once among the most routine of Capitol Hill's annual measures. A longstanding stalemate over Zika funding spilled on to the measure, which many GOP conservatives disliked because it guarantees a lame duck session that's likely to feature post-election compromises that they'll oppose.

McConnell has made numerous concessions in weeks of negotiations, agreeing, for instance, to drop contentious provisions tied to Zika funding that led Democrats to block prior Zika measures. A provision to make Planned Parenthood ineligible for new anti-Zika funding for Puerto Rico was dropped, as was a provision to ease pesticide regulations under the Clean Water Act. Democrats relented on a $400 million package of spending cuts.

The spending bill also includes full-year funding for the Department of Veterans Affairs.

Many House Republicans have resisted helping Flint, arguing that the city's problems are a local issue and that many cities have problems with aging water systems.

Flint's drinking water became tainted when the city, then under state control, began drawing from the Flint River in 2014 to save money. Regulators failed to ensure the water was treated properly and lead from aging pipes leached into the water supply. As many as 12,000 children have been exposed to lead in water, officials say

Democratic Rep. Dan Kildee, Flint's congressman, had accused Republicans of ignoring the plight of the predominantly black city after Republicans initially would not permit a vote.

But Wednesday morning Kildee issued a statement that called the upcoming vote on the non-binding, $170 million promise for Flint — an amendment in his name that's less generous than he originally asked for — represented "a step forward to ensuring that Flint families get the resources they need to recover from this crisis."