Shirtless man runs onto court during Game 4 of NBA Finals, is tackled by security 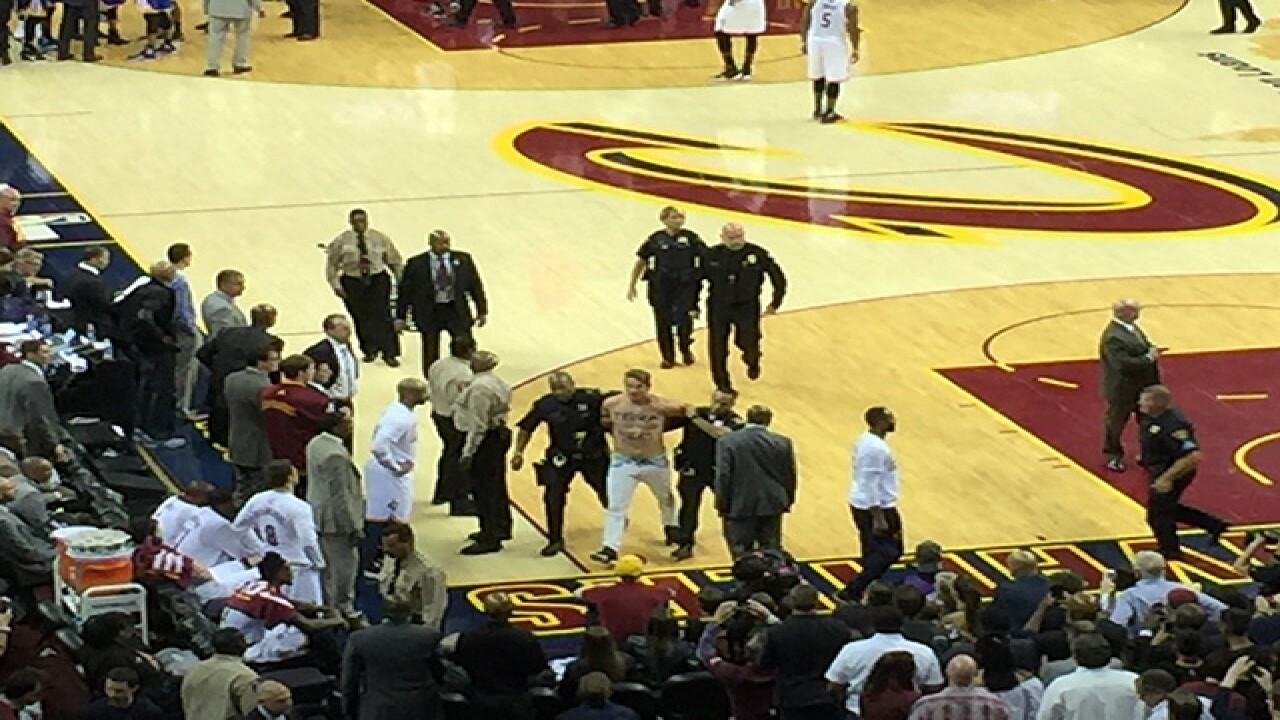 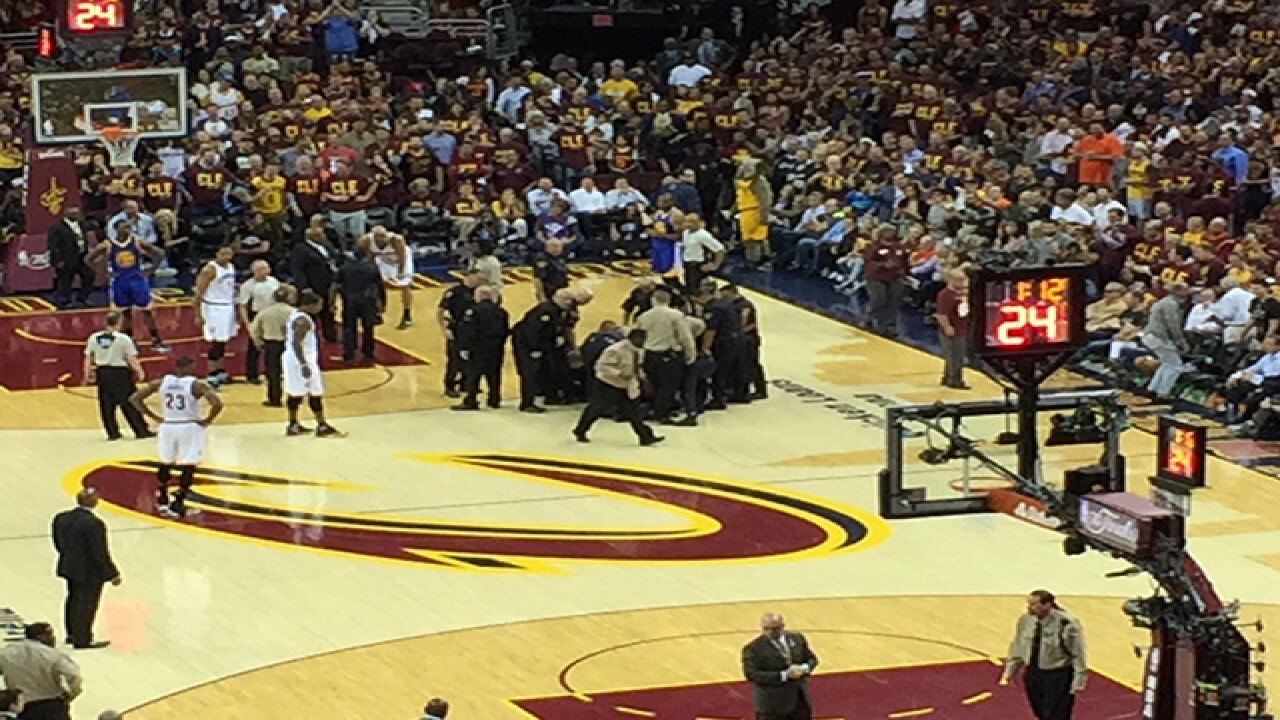 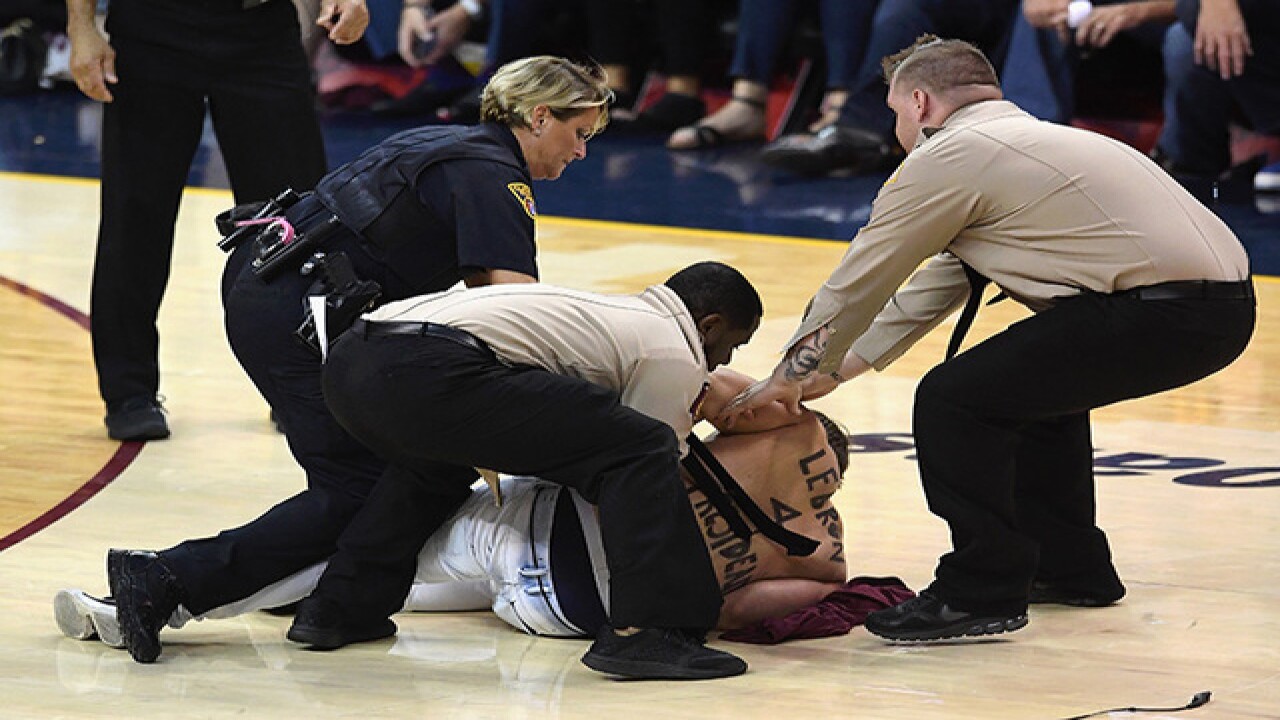 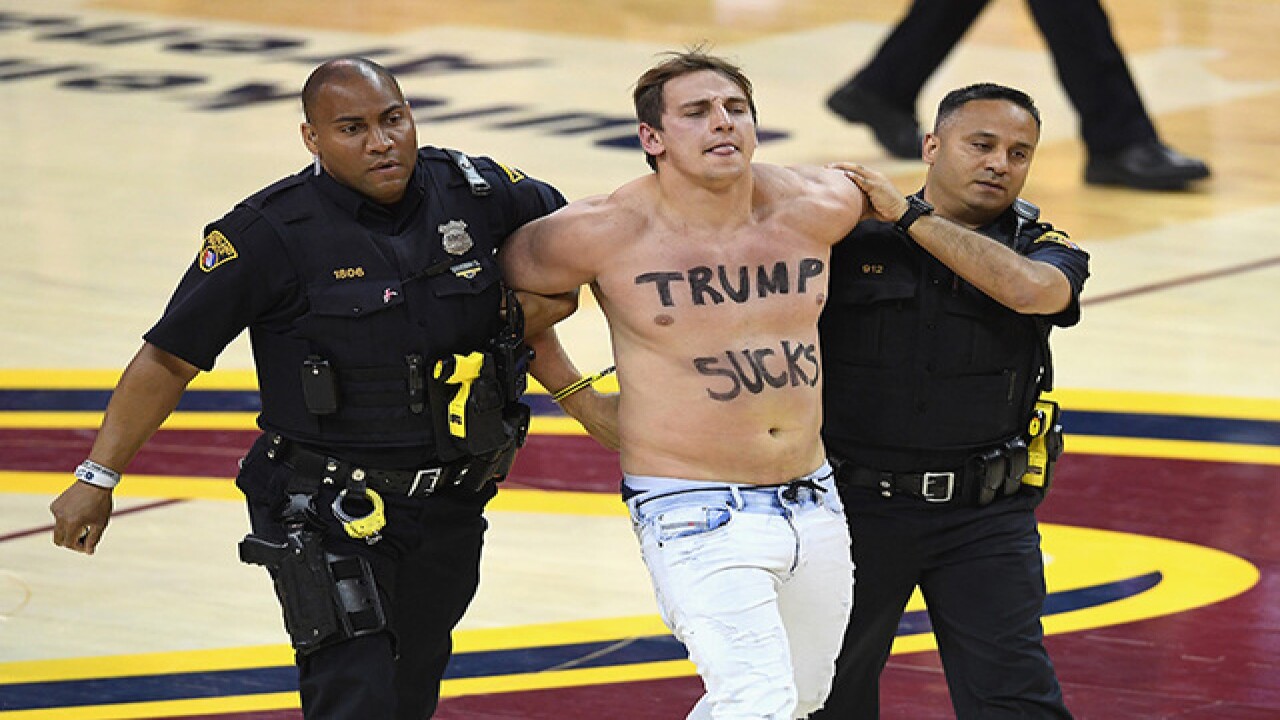 Security tackled a man who ran onto the court in the last minutes of Game 4 of the NBA Finals Friday night.

The shirtless man only made it a few feet onto the court at Quicken Loans Arena before being swarmed by a group of security and police officers.

So this just happened. Spectator ran onto court. Was tackled by security and removed. pic.twitter.com/n3ucz1c3fc

The man was quickly handcuffed and walked off the court. He appeared to have 'Trump sucks' written on his bare chest.

The Quicken Loans Arena announcer reminded fans that any spectator who stepped on the court would be arrested.