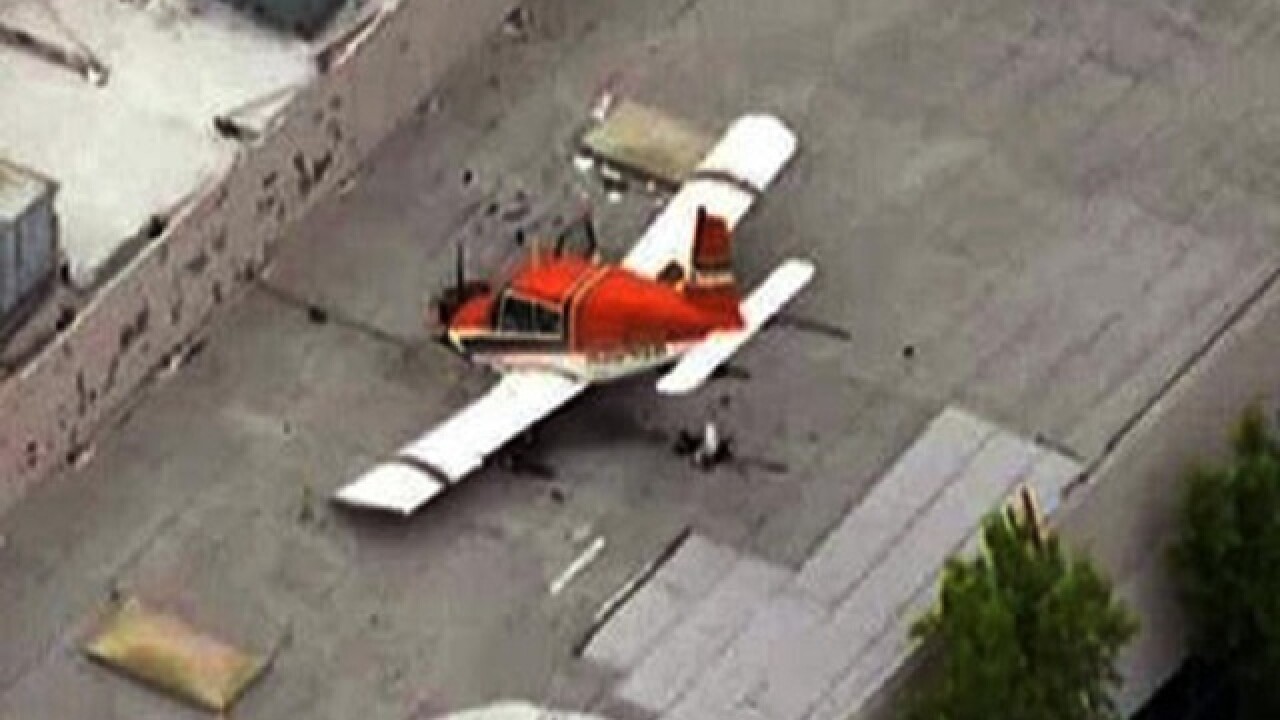 <p>This aerial image made from a video provided by KNBC-TV shows a small plane that crash-landed on the roof of an industrial building in Pomona, Calif., Sunday, May 8, 2016. The FAA said the single-engine plane went down under unknown circumstances. (KNBC-TV via AP) MANDATORY CREDIT; TV OUT</p>

POMONA, Calif. (AP) — A small plane crashed on the roof of a building in Southern California Sunday afternoon, sending one person to the hospital.
The single-engine Piper PA-28 went down under unknown circumstances and ended up on top of a state parole building in Pomona, east of Los Angeles.
Melanie Flores, a supervising dispatcher with the Los Angeles County Fire Department, says two people were aboard the plane and one of them was taken to the hospital as a precaution.
An aerial shot broadcast on KNBC-TV showed the nose of the plane punching a hole through the roof. There was no sign of smoke or fire.
According to the news station, the pilot told fire officials that the plane lost power and witnesses reported seeing it glide down to the roof of the one-story building.
The Federal Aviation Administration says the plane was heading to Brackett Field Airport in the nearby city of La Verne when it crashed.
Associated Press 2016