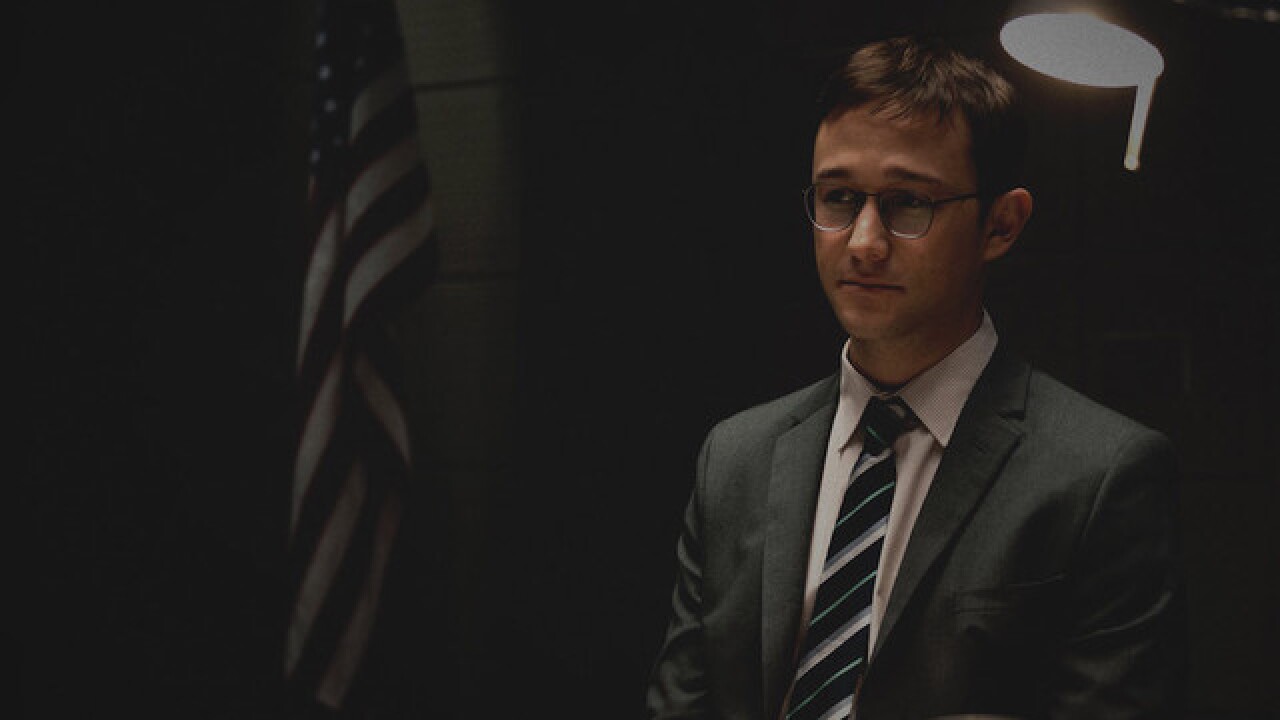 Just like Bud Fox in 1987's "Wall Street," or Jim Garrison in 1991's "JFK," Edward Snowden is a brave American who feels compelled to stand up against a corrupt system — and ends up an outcast because of his bravery.

This film may not be quite as good as those two Stone classics, but "Snowden" is easily the best movie the controversial director has made in 20 years.

Joseph Gordon-Levitt ("Inception," "(500) Days of Summer") stars as Snowden, the real-life former CIA employee and National Security Agency contractor who went public in 2013 with his knowledge of the U.S. government's dirty secret of spying on its own citizens.

Gordon-Levitt is in every scene of the movie and does a fine job humanizing Snowden and showing the internal conflict present in a young man who starts the story as a conservative, flag-saluting U.S. Army recruit and ends it as a whistleblowing fugitive of his own nation. As a real person, Snowden is certainly a complicated and interesting man, which the script outlines well. We see plenty of mental anguish from Gordon-Levitt as he learns more about the secret government agencies he works for.

My biggest knock on Gordon-Levitt's performance is his affectatious accent which takes some time to get used to and is distracting in the first few scenes of "Snowden." In the film, he could pass for a clone of the real Snowden and obviously he tries mightily to sound like the real Snowden as well.

The supporting cast of "Snowden" is fantastic. Nearly every player in every scene brings something interesting to their character. Rhys Ifans was especially solid as Snowden's mentor at the CIA. Every time Ifans was on screen, I was pulled in by his command of this character who's as slippery as an eel covered in olive oil.

Shailene Woodley ("Divergent" series) brings some needed soul to this often sterile movie. She plays Snowden's free-spirited longtime girlfriend Lindsay Mills. Lindsay's character sparks the character of Snowden to life and helps in making this controversial, ripped-from-the-headlines figure into a relatable human being.

Other memorable performances come from Oscar winner Melissa Leo and "Star Trek" actor Zachary Quinto as the journalists whom Snowden trusts with his findings. Nicolas Cage also shows up in a few scenes as a jaded CIA veteran who comes off like an aged Fox Mulder from "The X-Files."

But the most surprising performance of all comes from Edward Snowden himself, who appears as himself in the movie's closing scene. Perhaps tracking Snowden down in Russia — where he's currently living as a refugee fugitive from the American government — and using him in the film was a bit of a gimmick on the part of Stone but it drove home the movie's portrayal of him as an inspiring hero.

"Snowden" is just a solid picture that's message is well defined. The script, co-written by Stone and relative newcomer Kieran Fitzgerald, keeps the plot easily digestible and well paced by bouncing back and forth between periods of Snowden's life. It's not the flashiest looking film you'll ever see but it leaves its audience with something to think about and debate over dinner.

Whether you agree with Stone's politics, or his history of peddling conspiracy theories, is ultimately irrelevant here. After watching "Snowden," I suddenly felt more aware of the infinite cameras and data clouds that surround us in 21st century life. For a moment, it made me consider ditching my smartphone for good.

But then I got an email from my boss asking how this review was coming and I quickly forgot.

MPAA Rating: R (for language and some sexuality/nudity)

See local showtimes for "Snowden" below.