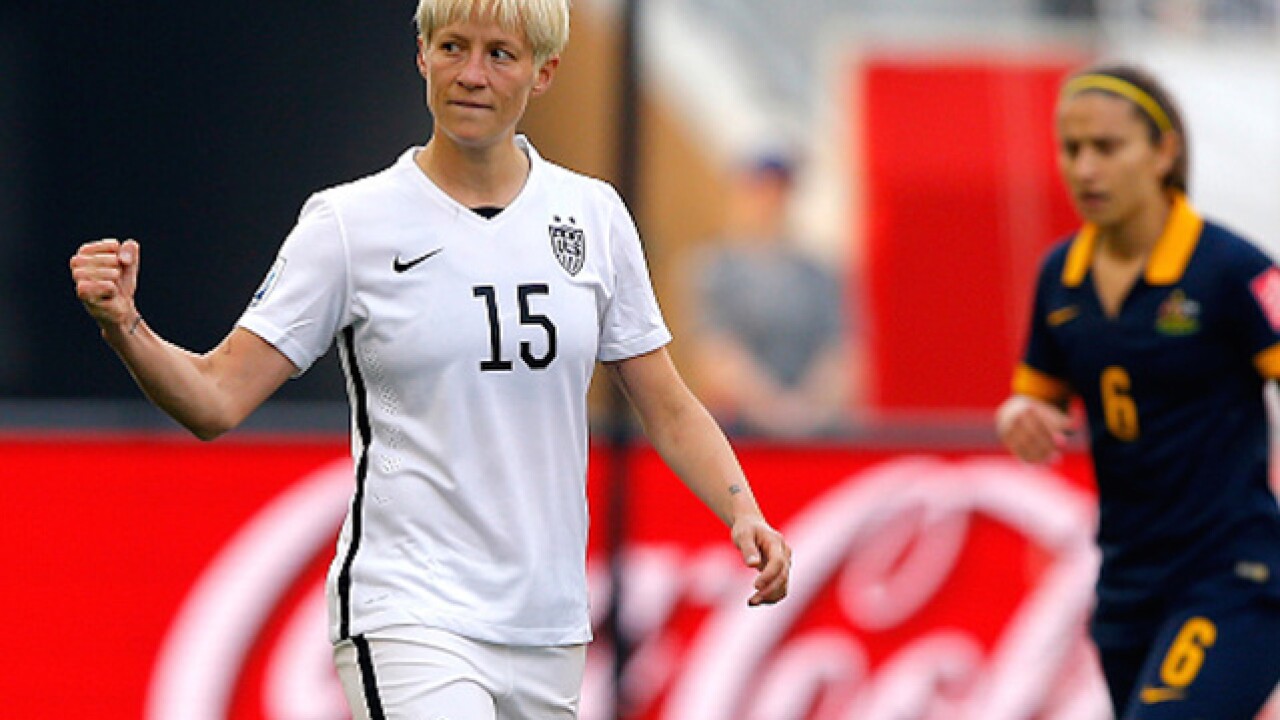 According to a statement released by the team, the Spirit decided to play the Anthem before Rapinoe took the field rather than “subject our fans and friends to the disrespect we feel such an act would represent.”

“While we respect every individual’s rights to express themselves, and believe Ms. Rapinoe to be an amazing individual with a huge heart, we respectfully disagree with her method of hijacking our organization’s event to draw attention to what is ultimately — albeit worthy cause.”

The statement goes on to explain that team owner Bill Lynch is a veteran, and that the Anthem has often been played before sports games as sign of respect to the military since World War II.

Over the weekend, Rapinoe joined a growing list of athletes that said they would join San Francisco 49ers quarterback Colin Kaepernick in his decision to kneel during the National Anthem in protest of ongoing discrimination throughout the country.

"It was very intentional," Rapinoe said after performing the protest over the weekend. "It was a little nod to Kaepernick and everything that he's standing for right now. I think it's actually pretty disgusting the way he was treated and the way that a lot of the media has covered it and made it about something that it absolutely isn't. We need to have a more thoughtful, two-sided conversation about racial issues in this country.

"Being a gay American, I know what it means to look at the flag and not have it protect all of your liberties. It was something small that I could do and something that I plan to keep doing in the future and hopefully spark some meaningful conversation around it. It's important to have white people stand in support of people of color on this. We don't need to be the leading voice, of course, but standing in support of them is something that's really powerful."