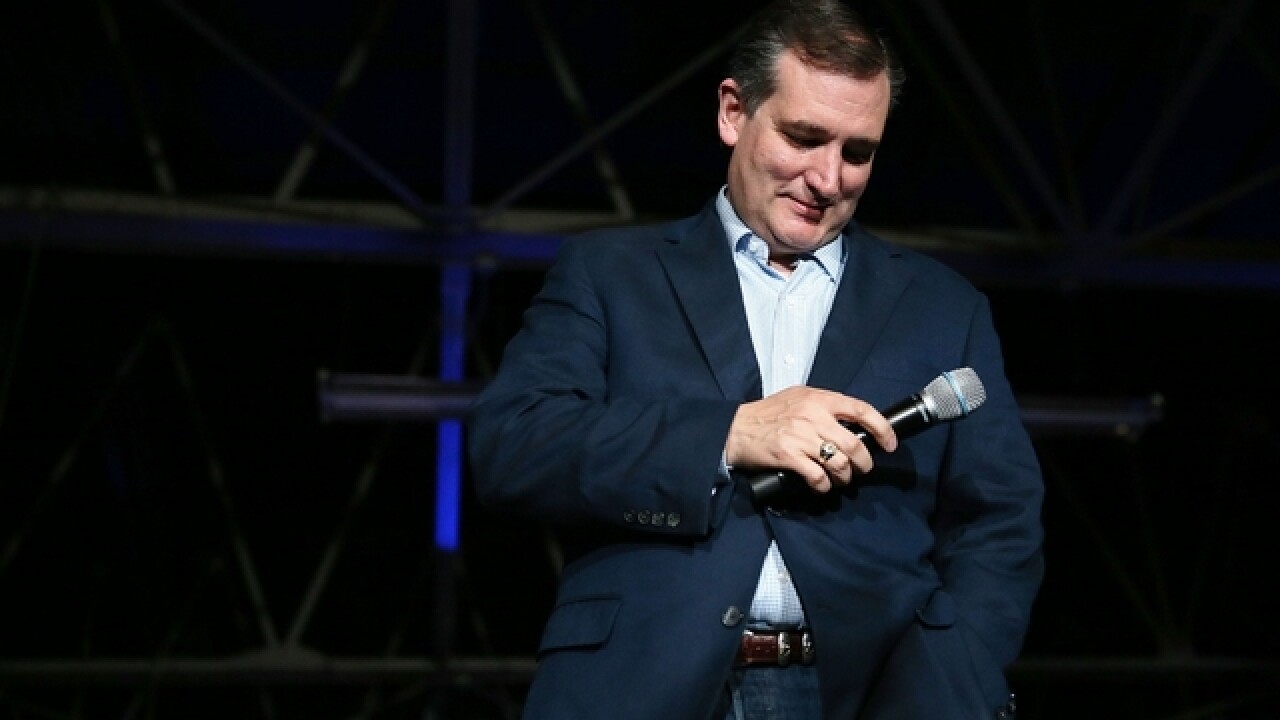 Ted Cruz vowed to continue his journey to become the Republican Party’s 2016 presidential nominee, “as long as there was a viable path to victory,” the Texas senator said Tuesday.
Cruz made the comment while announcing the suspension of his campaign, noting, “Tonight, I am sorry to say it appears that path has been foreclosed.”
His suspension cleared the way for competitor Donald Trump to become the party's obvious nominee.
His announcement came following the primary in Indiana, widely seen as a state that would either keep or knock him out from the running.
See below the social media reaction from Cruz’s announcement.
Reince Priebus, chairman of the Republican National Committee, said on Twitter that the party needs to “unite and focus on defeating” Democratic front-runner Hillary Clinton."

. @realDonaldTrump will be presumptive @GOP nominee, we all need to unite and focus on defeating @HillaryClinton #NeverClinton

Celebration aside, seriously, kudos to Cruz for doing the right thing tonight. Time for folks to unite

@MattHimpele7 i am so sad and disappointed. but honestly im just happy cruz is gone. That weirdo is just cringeworthy in all aspects

Honestly why are people surprised that Cruz dropped? Sad fact: Trump was winning by a landslide.

It was so exciting to me that Cruz dropped out of the presidential race.....until I realized that Trump is now the republican candidate

honestly i feel like cruz was just as bad if not worse than trump ?? congrats to him

#cruz it's so hard 2 say goodbye... You can now resume your life as the most disliked senator in DC.

Ted Cruz really had no chance

There were also a lot of jokes about Cruz resmebling the infamous, elusive Zodiac Killer -- who committed his crimed in northern California in the 1960s and 1970s -- and whose identity still remains unknown.

@TBABYHELMS @FakeSportsCentr you can take Ted Cruz out of the election but you can't take the zodiac killer out of Ted Cruz.

Really gonna miss Ted Cruz/zodiac killer theories. Those kept me going for a while there!

Ted Cruz dropped out to focus on other things... #ZodiacKiller

The Hollywood Reporter note that Cruz made no mention in his announcement of Trump, who has been a target of outspoken criticism by Cruz in the past.
Scripps Only Content 2016