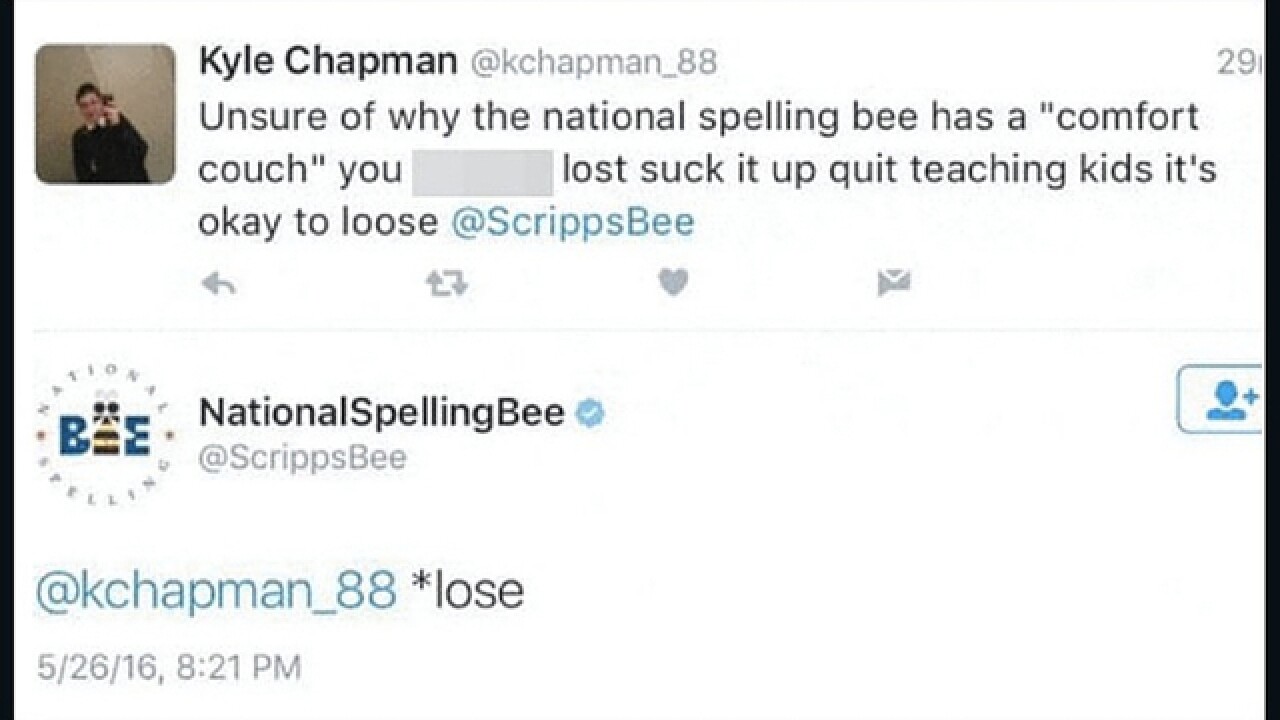 If you're going to tweet to the Scripps National Spelling Bee with some harsh words, you should expect a lesson in return.

Twitter user @kchapman_88 tweeted that he is unsure why the Spelling Bee has a "comfort couch," saying that it teaches kids to lose. Only, the tweeter spelled it, "loose."

The Bee's account handler tweeted back a one-word response, "*lose." The tweet got lots of response, including from @kchapman_88 ... who apparently deleted his account in the hours after the exchange occurred.