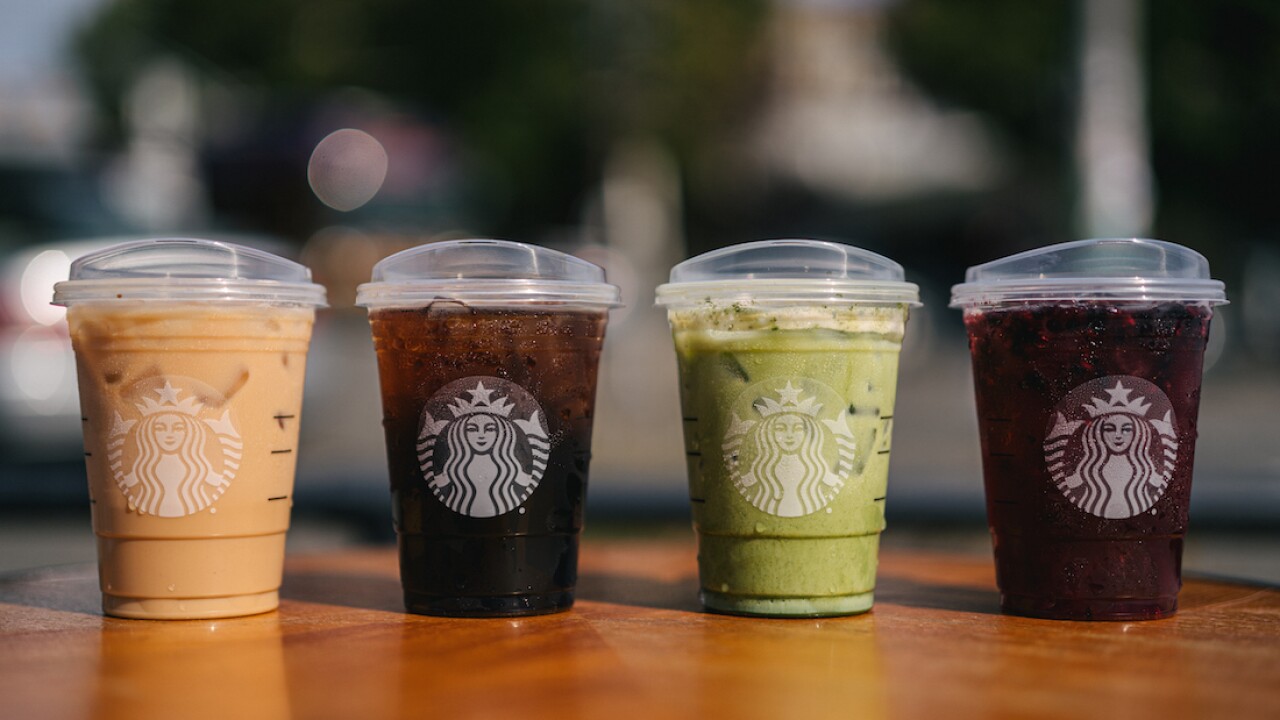 The newer tops were modeled after the lids the coffee company has used on their hot drinks.

They will have a drinking spout and contain about 9% "less plastic than the flat lid and straw historically used for iced beverages."

“We developed and trialed several prototypes to arrive at this milestone,” said Andy Corlett, director of global packaging solutions and innovations, in a press release. “A recyclable, strawless lid becoming the standard for iced drinks is one small way we can give more than we take from the planet. This is a significant moment for Starbucks as we work to reduce waste and safeguard the environment.”

Corlett and his team helped design the lid, the company said.

Drinks with whipped cream and blended drinks, like frappuccinos, will still come with a domed lid and straw.

Lids will be rolled out to stores in the US and Canada in the coming year, the company said.

Straws will still be available upon request, the company said.