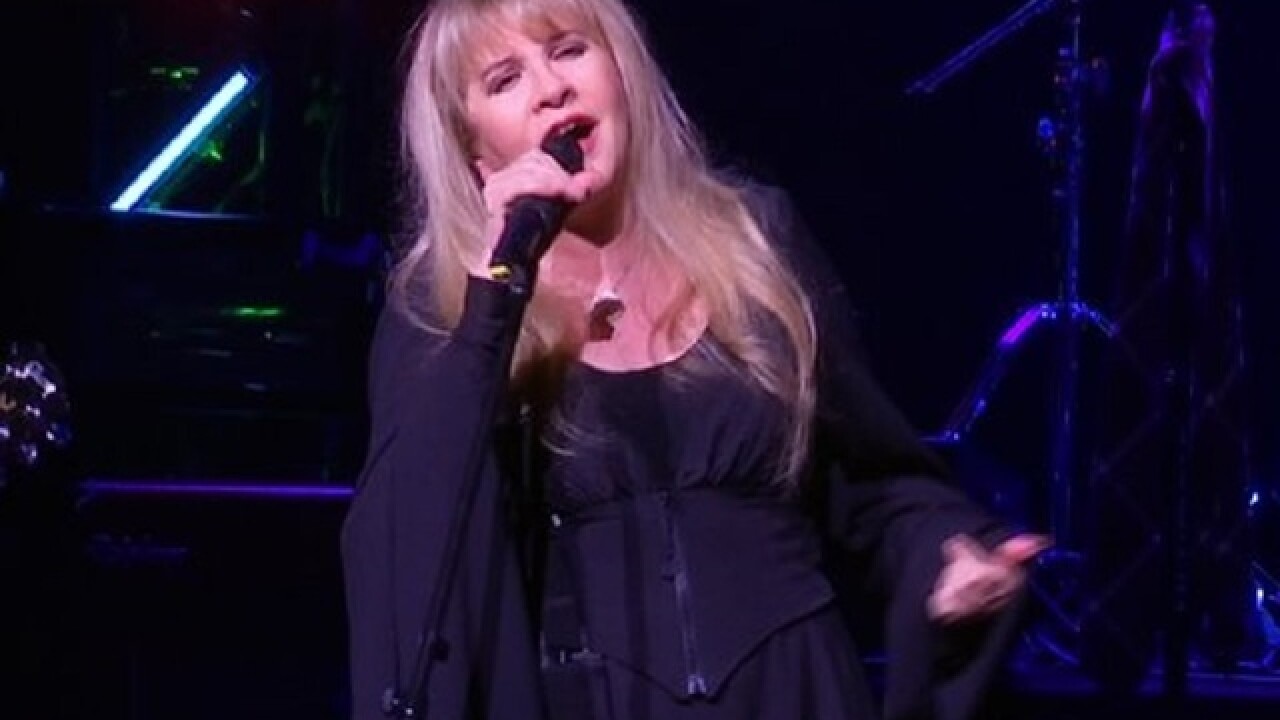 NEW YORK (AP) — Stevie Nicks surprised the audience at Broadway's "School of Rock" with a riveting performance of "Rhiannon" after the cast took its curtain call.
Backed by the show's very young band, Nicks brought the house to its feet. Afterward, she had nothing but praise for the young musicians.
"I have Fleetwood Mac, and then I have my solo band that I've been playing with since 1980, and now I have one more fantastic band to add to my roster, so I'm very happy," Nicks said Tuesday night backstage at the Winter Garden Theater.
Nicks also shared her memories of Prince while recording her 1980s hit, "Stand Back." She said the idea came to her while listening to "Little Red Corvette" while driving, and she was compelled to call him about it.
"I asked him if he would come over to Sunset Sound in Los Angeles. Never in a million years expecting that he would say yes, or that he was even in Los Angeles, and he was there in like twenty minutes," Nicks said.
Then she added: "I didn't have to call and tell him that I kind of ripped off his song, but I did because I'm honest. So it turned into a really amazing relationship. Is my heart broken? Absolutely."
But Nicks said it felt "fantastic" playing music with the young stars of "School of Rock." She saw the show on opening night, and came back to see it again.
Performing at the show was something she wanted to do, especially because she would help raise money for Broadway Cares/Equity Fights Aids. The organization provides financial support for people with AIDS, HIV and HIV-related diseases.
"It's not work, it's just great fun ... so it's a great easy way to make money to give to people that really need it," Nicks said.
The audience was filled with kids that seemed to enjoy her performance. But connecting her music with a younger audience has never been a concern for Nicks.
"I don't feel like I'm a songwriter that just writes for old people or just writes for young people," Nicks said.
Instead, she sees herself as the same timeless writer she was at 14.
"I don't think we're stuck in a time machine that they only have to write stuff for people their age, and I only have to write stuff for people my age. Obviously, that's not true because look at what we just did."
Associated Press 2016