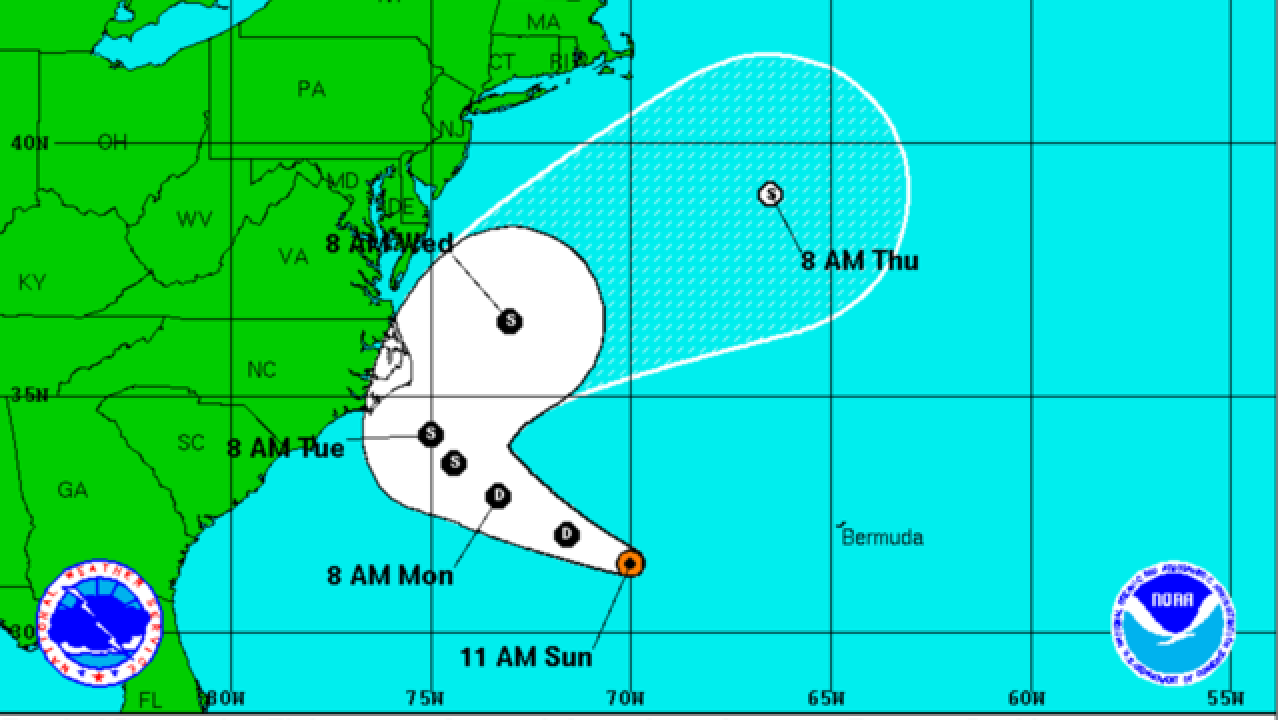 Tropical Depression Eight formed on Sunday in the Atlantic, packing winds of 35 MPH and moving west at 9 miles per hour. The depression was located 400 miles east of the coast of North Carolina as of late Sunday morning.

According to the National Hurricane Center, the depression is forecast to strengthen into a tropical storm by Tuesday. The Hurricane Center Sunday morning that moderate wind shear could limit the storm's intensification.

The storm is forecast to continue moving west through Tuesday. On Wednesday, it is forecast to curve to the north. The Hurricane Center's forecast has it curving just as the storm approaches the North Carolina coast.

An Air Force Reserve Hurricane Hunter aircraft is scheduled to pass through the storm Sunday afternoon.

Meanwhile in the Atlantic, Hurricane Gaston strengthened into a category 2 storm on Sunday, with top winds reaching 105 MPH. Gaston is beginning to curve away from Bermuda, toward the Azores.

Another small disturbance formed off the coast of Louisiana. The storm is dropping heavy rains in an already saturated state. The Hurricane Center said the storm has just a 10 percent chance of forming into a tropical storm.