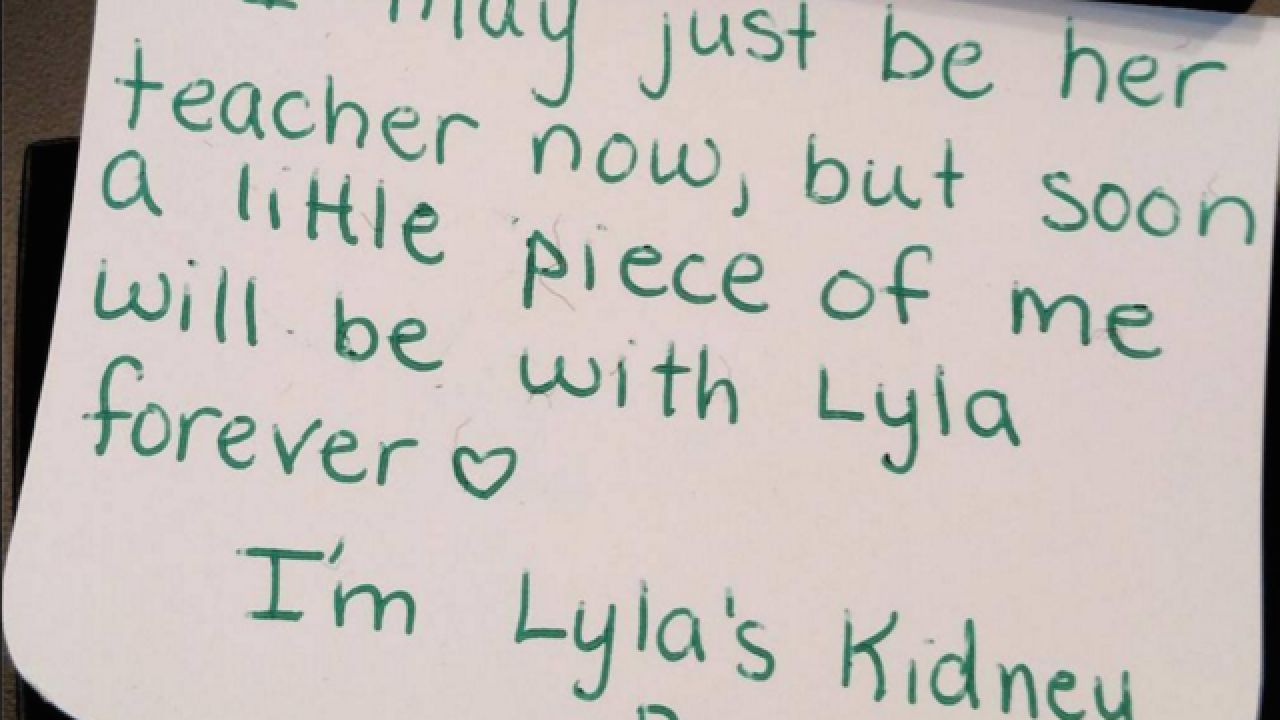 Four-year-old Lyla Carreyn is in need of a kidney transplant, according to her mother Dena Carreyn. Carreyn received good news earlier in September that her daughter will receive a life-saving transplant thanks to a teacher at her daughter's preschool.

Preschool teacher Beth Battista of Kids Express Learning Center in Madison, Wisconsin has offered to donate her kidney to Lyla, with the transplant scheduled to take place in February.

Battista delivered the good news to Carreyn in a short letter. The letter read, "I may just be her teacher now, but soon a little piece of me will be with Lyla forever. I'm Lyla's kidney donor."

The moment Carreyn learned her daughter had a match was captured on video, and shared on Facebook.

According to her mother, in October 2015, Lyla was diagnosed with Microscopic Polyangiitis, which can cause significant organ damage. Lyla spent three weeks in an induced coma during a two-month stay at the American Family Children's Hospital in Madison.

"When doctors tried to perform a biopsy to determine why Lyla's kidneys had failed, Lyla's lungs started hemorrhaging uncontrollably," Carreyn said on a Facebook post. "We were told to prepare for the worst."

For nearly a year, the family has been looking for a kidney donor until Battista became a match.

"Many people think teachers are heroes. Beth Battista is more than our hero; she is our miracle," Carreyn said.

"I have been given the gift of being able to be a living organ donor. Sharing this story with you all will hopefully not just save one life but many more," she said.

Click here to learn how to be a living kidney donor.