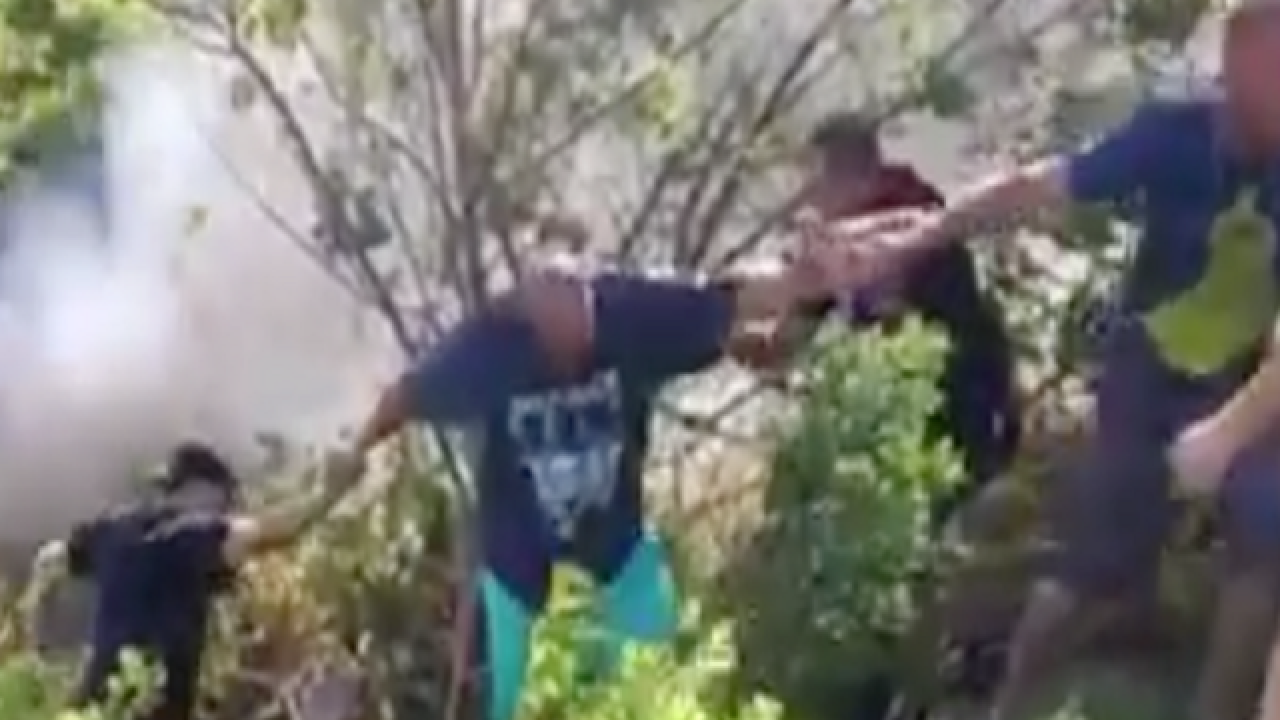 By: Mina Abgoon
Posted at 2:21 AM, Oct 19, 2016
Now that’s teamwork.
Moving video footage shows a group of good Samaritans forming a human chain in order to save a man from a burning car in Florida.
CBS News reports that the man was still strapped inside the car after getting into an accident and then crashing into an embankment over the weekend. That’s when a group of witnesses approached the car and formed a human chain, which fire and rescue teams arrived to see.
The good Samaritans were attempting to get the driver to safety, and onlooker managed to capture the scene on video.
“Grabbed onto his belt, kind of pushing him, kind of hanging onto him, dragging this guy with whatever we had and made it up to the top,” one of the rescuers told local media outlet WKMG.
The driver was treated for minor injuries at a local hospital.
Copyright 2016 Scripps Media, Inc. All rights reserved. This material may not be published, broadcast, rewritten, or redistributed.