There was 'no indication' Epstein was doing anything wrong, Prince Andrew says 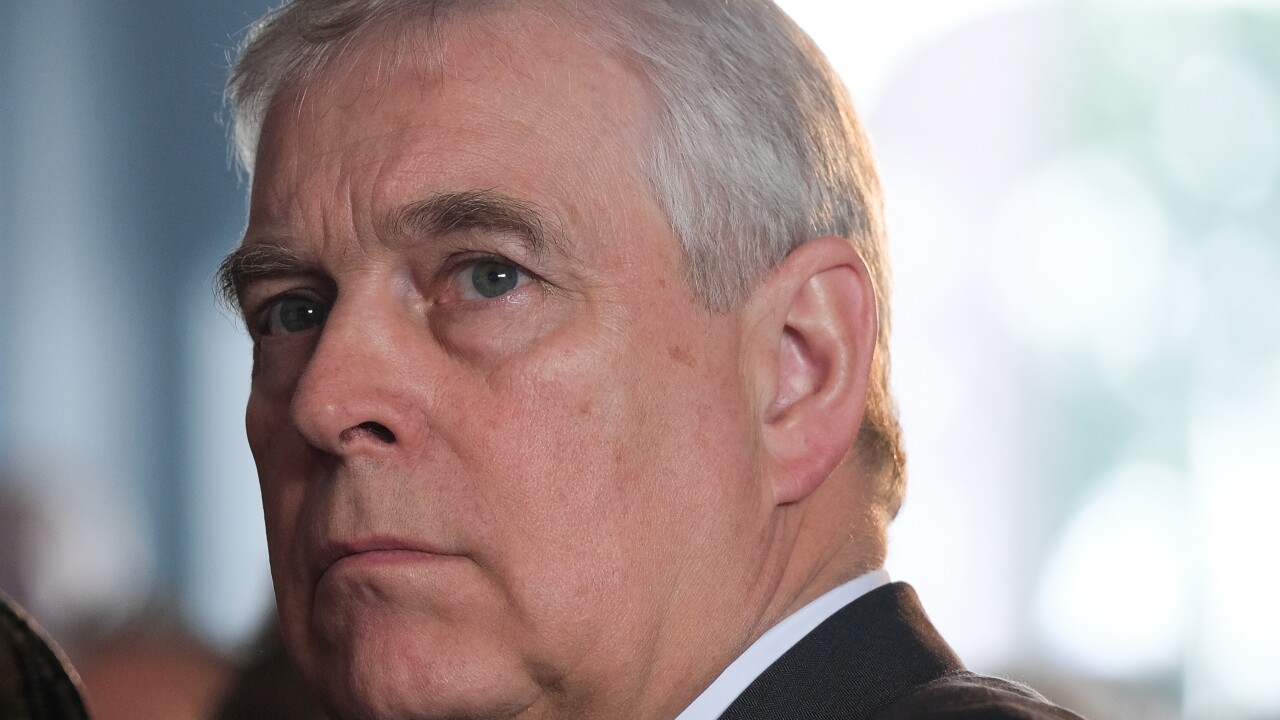 Prince Andrew, the Duke of York, never saw anything that struck him as suspicious when he was around the now-disgraced financier and convicted sex offender Jeffrey Epstein, the prince told the BBC.

Prince Andrew faces allegations stemming from his relationship with Epstein, who died by apparent suicide in August while awaiting trial on federal charges that he sexually abused underage girls and ran a sex trafficking ring. Epstein had pleaded not guilty.

One of Epstein's accusers, Virginia Roberts Giuffre, has alleged that she was forced into sexual encounters with the prince while underage. In a 2015 federal court filing, Giuffre alleged Epstein forced her to perform sex acts with several prominent men, including Prince Andrew in 2001. All of them have denied the allegations.

The interview, recorded Thursday at Buckingham Palace, was the first time Prince Andrew has spoken about the accusations publicly, though he has repeatedly denied them through statements issued by Buckingham Palace.

Prince Andrew was asked about Giuffre's accusations and her account that she and the prince dined together and went dancing at a nightclub in London before having sex at a house that belonged to Ghislaine Maxwell, Epstein's then-girlfriend.

"I have no recollection of ever meeting this lady, none whatsoever," Prince Andrew said.

Maitlis asked the prince about a photo that appeared to show him with his arm around Giuffre's waist. "I have simply no recollection of the photograph ever being taken," he said, adding that it was him in the photo, but "we can't be certain" as to whether it's his hand on her.

"Just to clarify, sorry, you think that the photo has been faked?" Maitlis asked.

As a member of the royal family, and I have a photograph taken and I take very, very few photographs, I am not one to, as it were, hug and public displays of affection are not something that I do," he said.

He also said that he couldn't have been involved with Giuffre the night in question because he was at home with his children. Prince Andrew said he recalled that evening because he had gone to a pizza party that afternoon, which was " a very unusual thing for me to do."

Asked by Maitlis about Giuffre's claim that he was "profusely sweating," while they were dancing, Prince Andrew said he "didn't sweat at the time" because of a medical condition.

"It was almost impossible for me to sweat," he said. "And it's only because I have done a number of things in the recent past that I am starting to be able to do that again."

The duke, the Queen's third child, said he trusted Epstein, but called it a "considerable stretch to say that he was a very, very close friend." But he did concede that he had stayed at Epstein's homes in Manhattan and Palm Beach, been on Epstein's private plane and to Epstein's private island.

Epstein pleaded guilty in 2008 to two state prostitution charges, ultimately serving only 13 months and avoiding a federal trial. He also registered as a sex offender and paid restitution to the victims identified by the FBI.

Prince Andrew was asked about photographs that showed him with Epstein in Central Park in 2010, after Epstein was a convicted sex offender.

Prince Andrew said he had gone to New York to break off contact with Epstein as a result of the conviction.

"I've questioned myself as to why did I go and what was I doing and was it the right thing to do," he said. "Now, I went there with the sole purpose of saying to him that because he had been convicted, it was inappropriate for us to be seen together."

He made the decision to go speak to Epstein on his own, he said, "because this was serious, and I felt that doing it over the telephone was the chicken's way of doing it."

Some media analysts suggested it was unwise of Prince Andrew to have given the interview. "I think any reputation management professional, whether lawyer or PR, is going to say that this was a catastrophic error of judgement," prominent media lawyer Mark Stephens told the BBC on Saturday.

Stephens added that the prince's comments could open him up to more scrutiny. "What effectively Prince Andrew has done is lit the blue touchpaper and really, things are going to spiral out of control," he said.