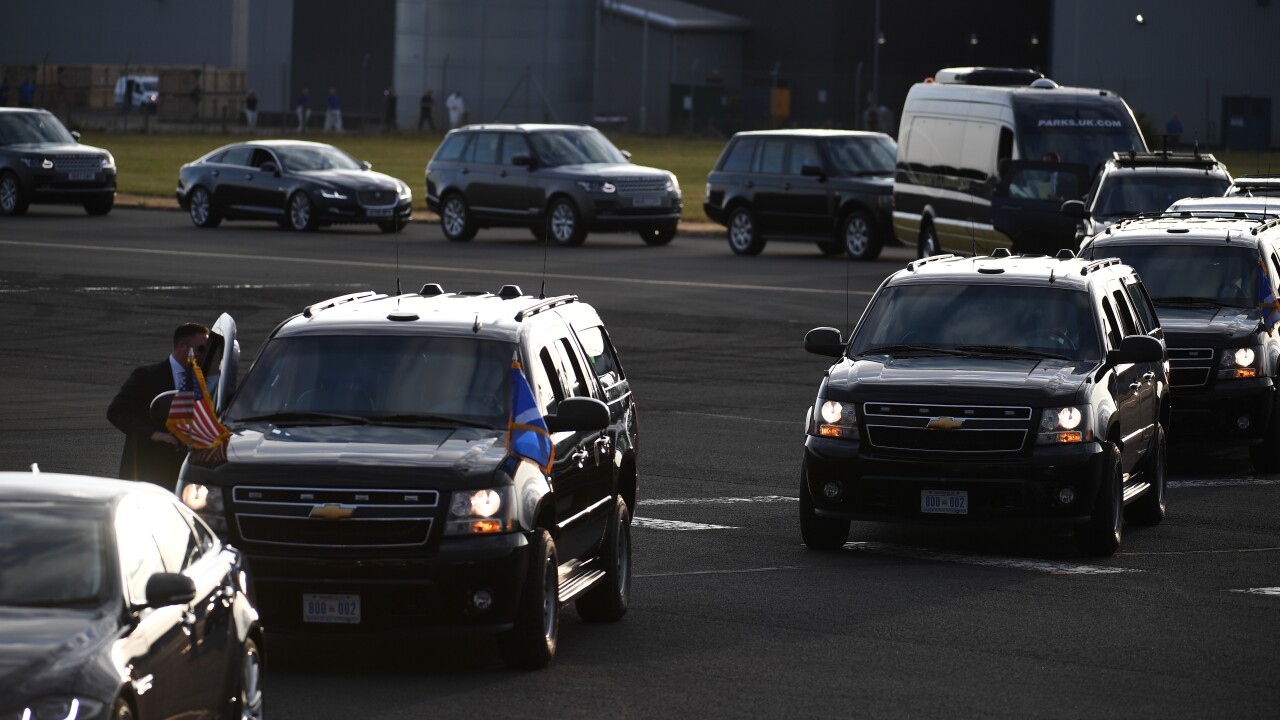 Three local law enforcement officers assisting the Secret Service with the presidential motorcade were injured on Tuesday in an apparent accident near Lake Charles, Louisiana.

According to a Bloomberg reporter, one of the three officers had serious injuries and was in surgery. The unidentified officer suffered from an arm injury and also lost some teeth.

White House spokesperson Sarah Sanders told Bloomberg that the officers were “being treated for injuries at a nearby hospital and are in stable condition."

Trump was in Lake Charles on Tuesday for a rally on his energy policy.