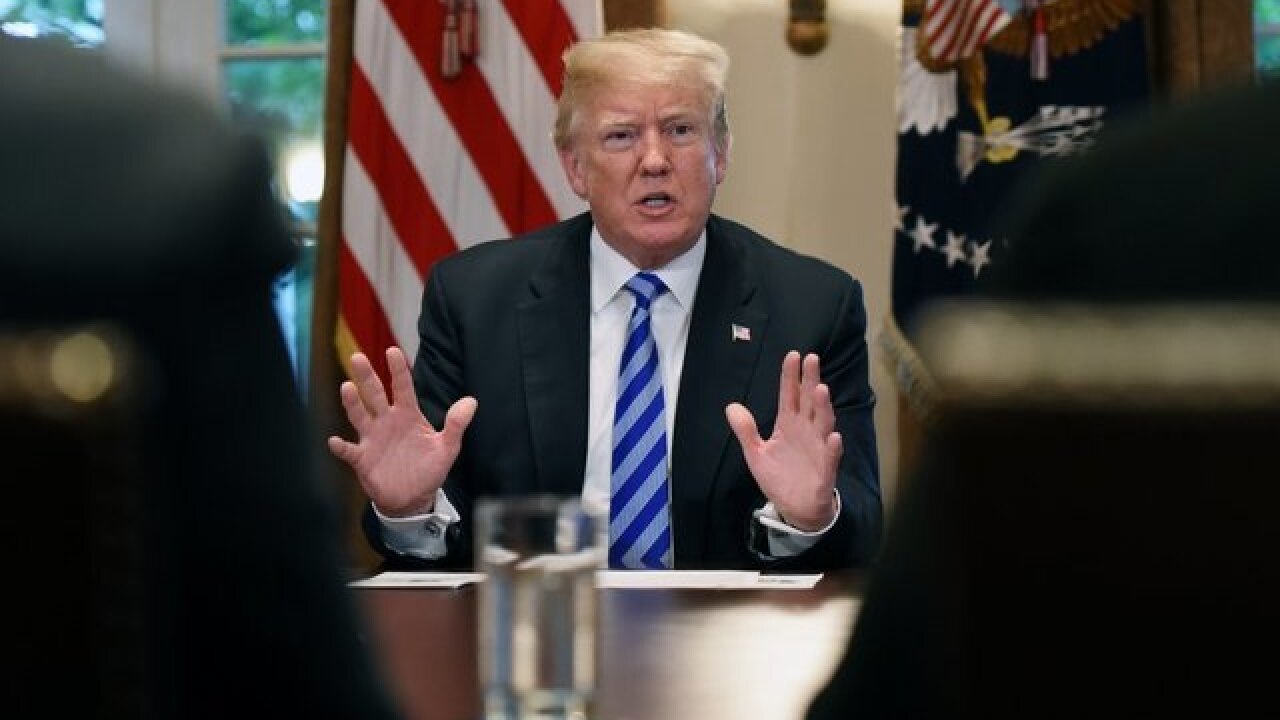 While there are no talks to cut funds that have already been appropriated, a White House aide said negotiations have focused on keeping Puerto Rico relief funding out of a supplemental spending bill that would fund relief efforts in parts of the south that were ravaged by hurricanes this year.

That aide noted Puerto Rican officials haven't yet spent all the money Congress has set aside for them, and said the administration is moving to stop any more money from going to help the island "because they don't need it and will most likely not be able to spend it."

Trump's latest positioning on Puerto Rico was first  reported by Axios . The White House has been making this known on Capitol Hill for "a while now," the congressional leadership aide said.

Trump  has previously taken aim at Puerto Rican officials  for their management of the billions in relief funds his administration has appropriated for storm recovery, accusing the island's leaders of spending some of that money for reasons other than hurricane clean-up.

"The people of Puerto Rico are wonderful but the inept politicians are trying to use the massive and ridiculously high amounts of hurricane/disaster funding to pay off other obligations," Trump  tweeted on October 23 . "The U.S. will NOT bail out long outstanding & unpaid obligations with hurricane relief money!"

More than a month earlier, the President had repeatedly dismissed a widely cited death toll that placed the number of lives lost in Hurricanes Irma and Maria around 3,000  by claiming Democrats had exploited the numbers to make his administration look bad . There has been no evidence to indicate that partisan politics has played a role in the calculation of the death tally, and George Washington University, which conducted the study to calculate the death toll, released a statement at the time that said it stands by its work.

Talks over stopping future funding for Puerto Rico come as lawmakers look to avoid a government shutdown when temporary spending bills expire in early December. The funding fight could be the last of Trump's presidency waged by a Republican-controlled Congress, as Democrats have an incoming majority in the House.

The White House did not immediately respond to a request for comment. A spokesman for Puerto Rican Gov. Ricardo Rossello could also not be reached for comment.

In October, the government of Puerto Rico rolled out a five-year economic blueprint that included $82 billion in federal hurricane recovery relief. The plan was approved by a federal control board, which oversees the island's finances. The board's executive director Natalie Jaresko said at the time the funds would not be budgeted for debt payments, but rather to help stimulate the economy.

The funding for the devastated island was part of a $90 billion package agreed upon by Senate leaders as part a two-year budget deal to avert a government shutdown. The relief deal covered a number of major disasters across the US, including Hurricanes Maria, Irma and Harvey, and wildfires in California.

Puerto Rico had estimated it would need $94 billion to rebuild the devastated island after two destructive hurricanes hit, shredding its power grid and infrastructure.