Trump getting back on track, officials insist 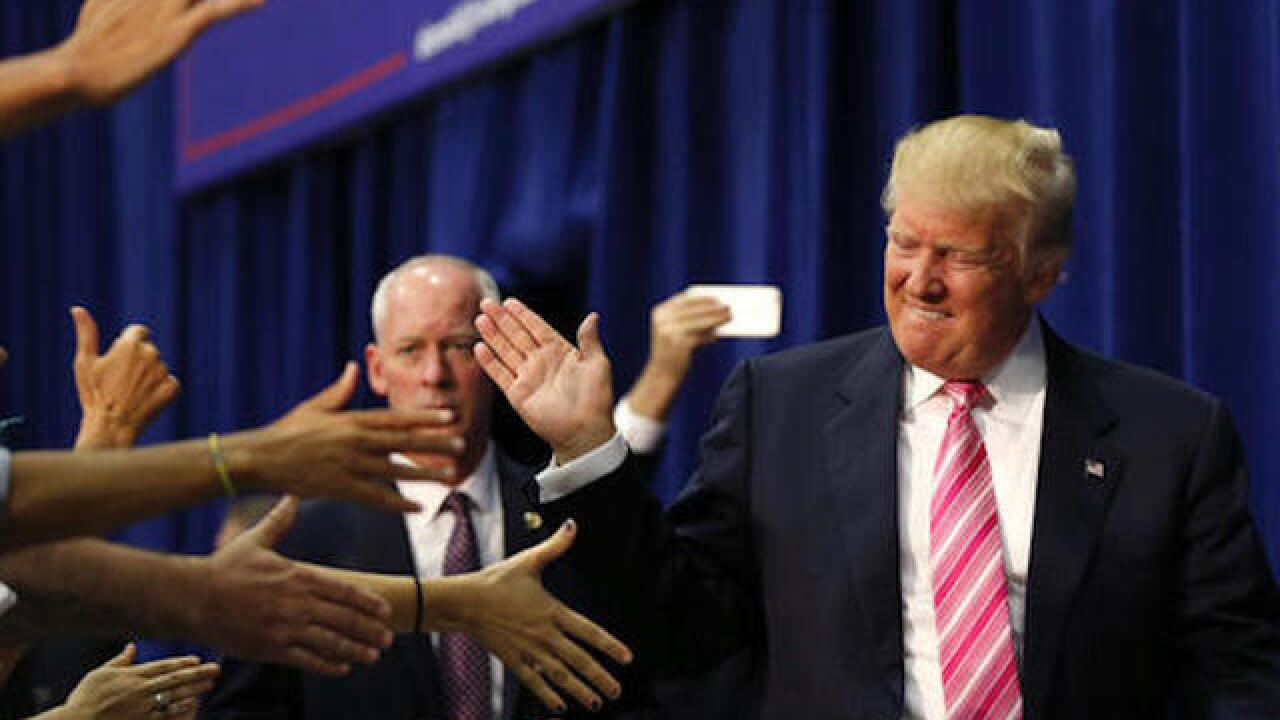 WASHINGTON (AP) — Republican officials insist presidential nominee Donald Trump is finally hitting his stride and will catch up with Democrat Hillary Clinton by around Labor Day.

Clinton campaign officials dismissed the idea of a changed Trump as nonsense.

"Donald Trump has been disciplined and mature. And I think he's going to get this thing back on track," Reince Priebus, the Republican National Committee chairman, said Sunday.

Polls now mostly show Trump lagging Clinton by 5 percentage points or more nationally, but Priebus predicted they will tighten up and Trump will be "ahead as we move through September."

Trump's new campaign manager, Kellyanne Conway, echoed Priebus' optimism, contending that the candidate just had the best week of his campaign, "mostly because he's able to be himself, the authentic Donald Trump."

Conway was named to her post last week in a shake-up in which the campaign chairman, Paul Manafort, resigned and conservative media firebrand Stephen Bannon, who led Breitbart News, took over as campaign chief executive.

A new style was immediately evident as Trump, in a first, offered regrets for any remarks that had caused offense, stuck with his teleprompter at a series of events, and paid a visit to flood-ravaged Louisiana. Trump also announced his first ad buys of the campaign, more evidence of an acceptance of the traditional campaign elements most experts believe he will need in order to have a shot at winning. He made a direct appeal to African-American voters, insisting he wants the Republican Party to become their political home.

Trump also met on Saturday with Hispanic supporters, representatives of a community that has been wary of the billionaire businessman's proposals to build a giant wall on the U.S.-Mexico border and deport the 11 million people living in the United States illegally. Questioned on whether Trump still intends to deploy a "deportation force" to carry that out, Conway said Sunday: "To be determined."

Asked Monday on "Fox and Friends" whether this was a flip-flop, Eric Trump, one of the candidate's sons, replied: "My father hasn't flip-flopped on anything." He said his father will discuss his immigration plan this week. While he declined to provide details, he said the plan will be "humane and ethical and treats everybody well, but we have to solve a problem," referring to illegal immigration.

Clinton's campaign manager, Robby Mook, disputed claims of a turnaround in Trump's candidacy. "We're not seeing a pivot. Donald Trump himself said this was not a pivot. He wants to double down on letting Donald Trump be Donald Trump," Mook said.

Conway, Mook and Priebus were interviewed on ABC's "This Week." and Conway also spoke on CNN's "State of the Union."