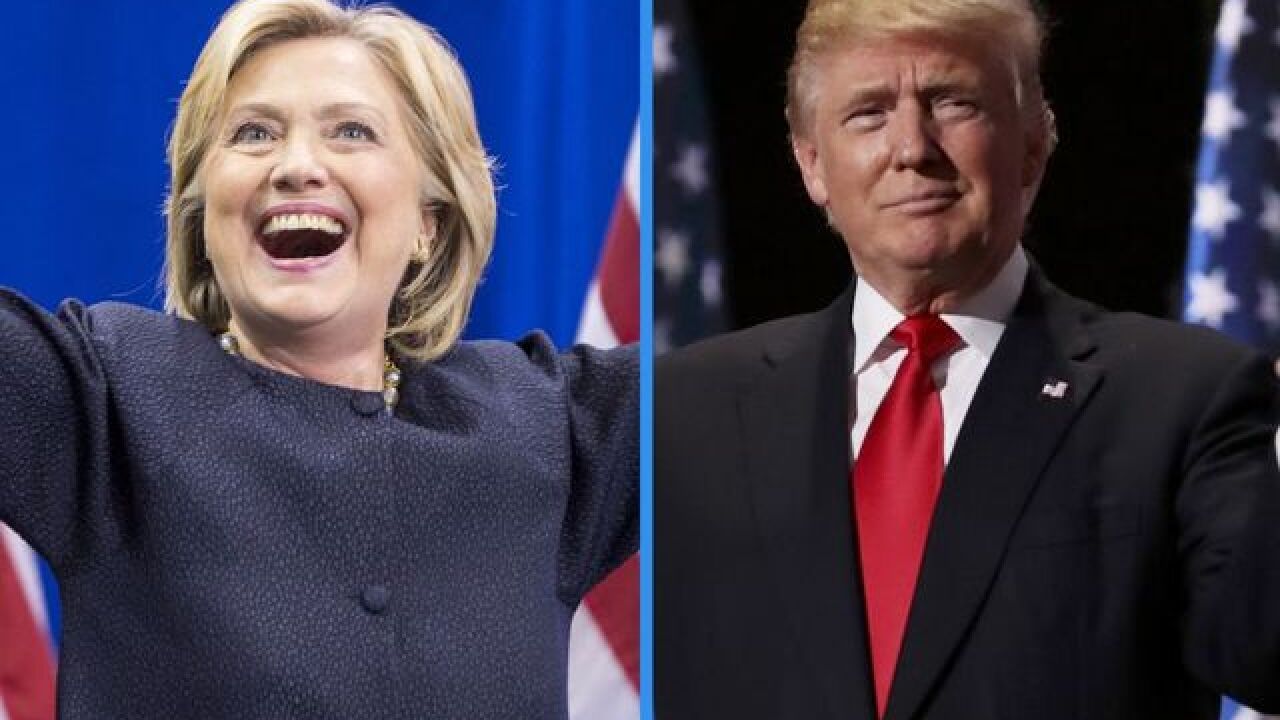 BALTIMORE (AP) — Donald Trump criticized Hillary Clinton Monday for her characterization that half of his supporters belonged in "a basket of deplorables," denouncing the comment as "an explicit attack on the American voter" and suggesting that it makes her unfit for the presidency.

No stranger to making his own sweeping negative characterizations of large groups of people, Trump nonetheless deployed the remark as the foundation for a new campaign theme. The message: Clinton is divisive, while Trump is the only candidate representing "all Americans."

In a speech to the National Guard Association conference in Baltimore, Trump said Clinton's comments were aimed at those in uniform, whether in the military or in law enforcement.

"These were the people Hillary Clinton so viciously demonized," said Trump, who demanded that Clinton issue a full apology. "She divides people into baskets as though they were objects not human beings."

Clinton has said she regrets using the term, "half," to describe the proportion of Trump supporters she considers "deplorables." But she didn't back down from describing his campaign as largely built on prejudice and paranoia. The comments, though, combined with Clinton's health scare Sunday at the 9/11 memorial — she was captured on video struggling to step into a waiting van and her doctor later announced that she had been diagnosed with pneumonia — could reshape the race, in which Clinton holds slim leads in several battleground states.

Trump and his allies pounced on Clinton's "deplorables" remark, but remained mostly disciplined and silent on Clinton's health. A new ad, set to air in the battleground states of Ohio, Florida, Pennsylvania and North Carolina, is squarely aimed at the voters the Trump campaign says Clinton is vilifying.

Clinton, who has said she is the candidate to unify a divided country, made the "deplorables" comment at a fundraiser Friday night in New York. She has made similar comments recently, including on an Israeli television station.

"To just be grossly generalistic, you could put half of Trump's supporters into what I call the basket of deplorables. Right? The racist, sexist, homophobic, xenophobic, Islamaphobic — you name it," she said, before stressing that other Trump supporters are frustrated and need sympathy.

Trump and his aides have predicted that Clinton's statement would be more damaging than the gaffe to which it has been frequently compared, when Mitt Romney four years ago suggested that "47 percent" of voters wouldn't back him because they were dependent on government.

"When I saw this in its full form and I saw the anger with which she said it," Trump told the Fox News Channel early Monday, "I think it's the single biggest mistake of the political season."

But Trump has also attacked Americans who don't intend to vote for him.

When he trailed Dr. Ben Carson in the polls last December in Iowa, he mocked his opponent's claim that he had tried to stab a family member only to fail after the blade hit a belt buckle.

He also criticized voters in Iowa by retweeting a supporter's jab that the Midwestern state's number one commodity export — Monsanto's genetically engineered corn - "creates issues in the brain." Trump has also suggested that those who vote for Clinton would try to "rig" the election away from his supporters and, in a 2015 interview with Sean Hannity, made comments that appeared to echo Romney's damaging remarks.

"The problem we have right now, we have a society that sits back and says, 'We don't have to do anything.' And eventually, the 50 percent cannot carry, and it's unfair to 'em, but cannot carry the other 50 percent."

Trump, meanwhile, set aside his recent digs at Clinton's health and told Fox that he hopes "she gets well and gets back on the trail and we'll be seeing her at the debate." In recent weeks, Trump has suggested that Clinton lacked "the stamina" to president and criticized her campaign schedule.