Trump says he has no plans to fire Rosenstein 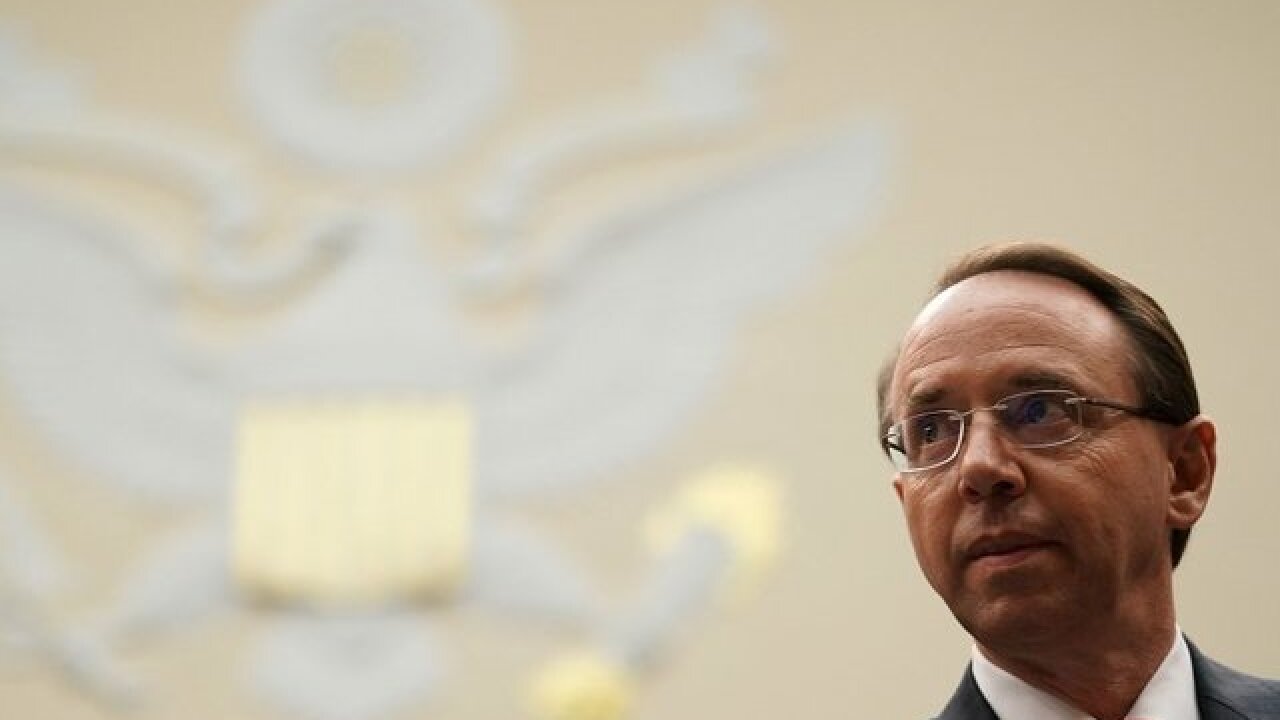 President Donald Trump said Monday he has no plans to fire Rod Rosenstein, the deputy attorney general who has been facing an uncertain fate for more than two weeks.

"No, I don't. No," Trump told reporters on Monday after he was asked if he has any plans to fire Rosenstein.

Rosenstein is joining Trump on Monday aboard Air Force One for a trip to Florida, where the two men will participate in the International Association of Chiefs of Police's annual convention.

Trump and Rosenstein had been scheduled to meet last week to discuss The New York Times report that flung Rosenstein into limbo. The report claimed Rosenstein discussed secretly recording Trump and using the 25th Amendment to remove him from office. They postponed the meeting amid the Kavanaugh confirmation battle and speculation has abounded that Trump might fire Rosenstein.

Rosenstein said he never pursued recording the President and denied any suggestion he advocated for Trump's removal.

Trump said Monday that the two men will be "talking on the plane" and said he looks "forward to being with him."

"That'll be very nice," Trump said. "I actually have a good relationship other than there's no collusion."

Pressed further about his relationship with Rosenstein, Trump added: "I didn't know Rod before, but I got to know him and I get along very well with him."

After the Times report published, Rosenstein told White House chief of staff John Kelly he would resign, anticipating the article would enrage Trump and he would be fired. But when he showed up at the White House last Monday to meet with Kelly, he left the meeting unscathed.

Trump had previously indicated he would prefer to keep Rosenstein in his post, but offered no definitive indication of Rosenstein's fate until his comments on Monday morning.