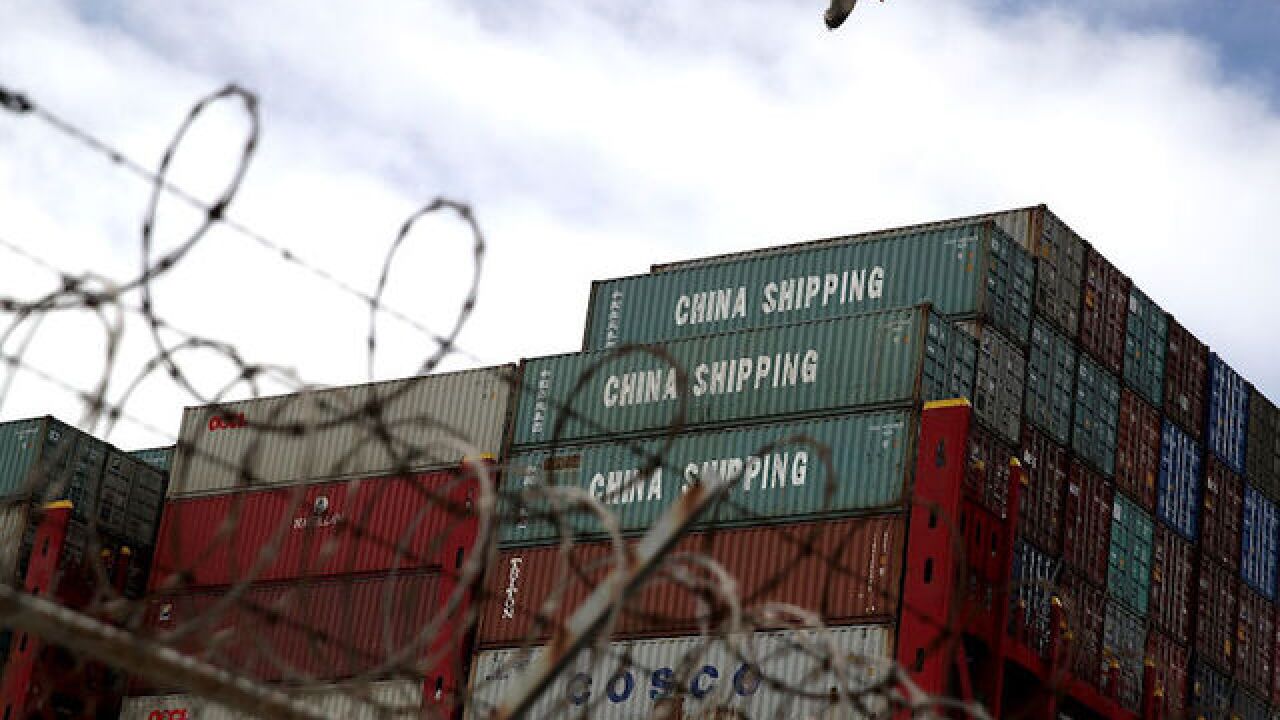 Image copyright 2018 Getty Images. All rights reserved. This material may not be published, broadcast, rewritten, or redistributed.
Justin Sullivan
<p>Shipping containers sit on the the Hong Kong based CSCL East China Sea container ship at the Port of Oakland on June 20, 2018 in Oakland, California. </p>

President Donald Trump is planning to impose a fresh round of tariffs targeting about $200 billion in Chinese goods, The Wall Street Journal reported Saturday, citing individuals familiar with the matter.

The timing of the announcement is fluid, two people familiar with the plans told CNN on Saturday.

According to the Journal, the tariffs are expected to be set at around 10 percent, according to people familiar with the matter, a lower level than the possibility of 25 percent tariffs previously floated by the administration.

The move aims to increase pressure on Beijing ahead of planned high-level discussions and is intended to provide the U.S. leverage in talks over China's alleged practice of demanding American companies turn over technology in order to do business in the country, the Journal reported. But any imposition of new tariffs has the potential to further escalate trade tensions between the US and China.

CNN has previously reported that the President had been pressing his administration to move ahead with the tariffs; Trump met with top aides earlier in the week and instructed them to proceed with the plan.

The Journal reported that individuals briefed on the plan said the specifics are still being worked out, but they anticipate an official announcement of the new tariffs on either Monday or Tuesday.

White House spokeswoman Lindsay Walters did not comment on specifics to the newspaper. She pointed the Journal to a statement released Friday. CNN has reached out to the White House for comment.

"The president has been clear that he and his administration will continue to take action to address China's unfair trade practices," she said in that statement. "We encourage China to address the long standing concerns raised by the Unites States."

The next round of US tariffs on Chinese goods is likely to make thousands of products, including dishwashers, Fitbit fitness trackers and food seasonings, more expensive for American consumers.

The Trump administration has already imposed 25 percent tariffs on $50 billion worth of Chinese goods. Trump has said the tariffs are necessary to punish Beijing for what he says are its unfair trade practices and intellectual property theft.

China, which has accused the United States of trade bullying, has matched the tariffs dollar for dollar. Beijing has pledged to hit back again with tariffs on another $60 billion of U.S. exports, including meat, coffee, furniture and auto parts.