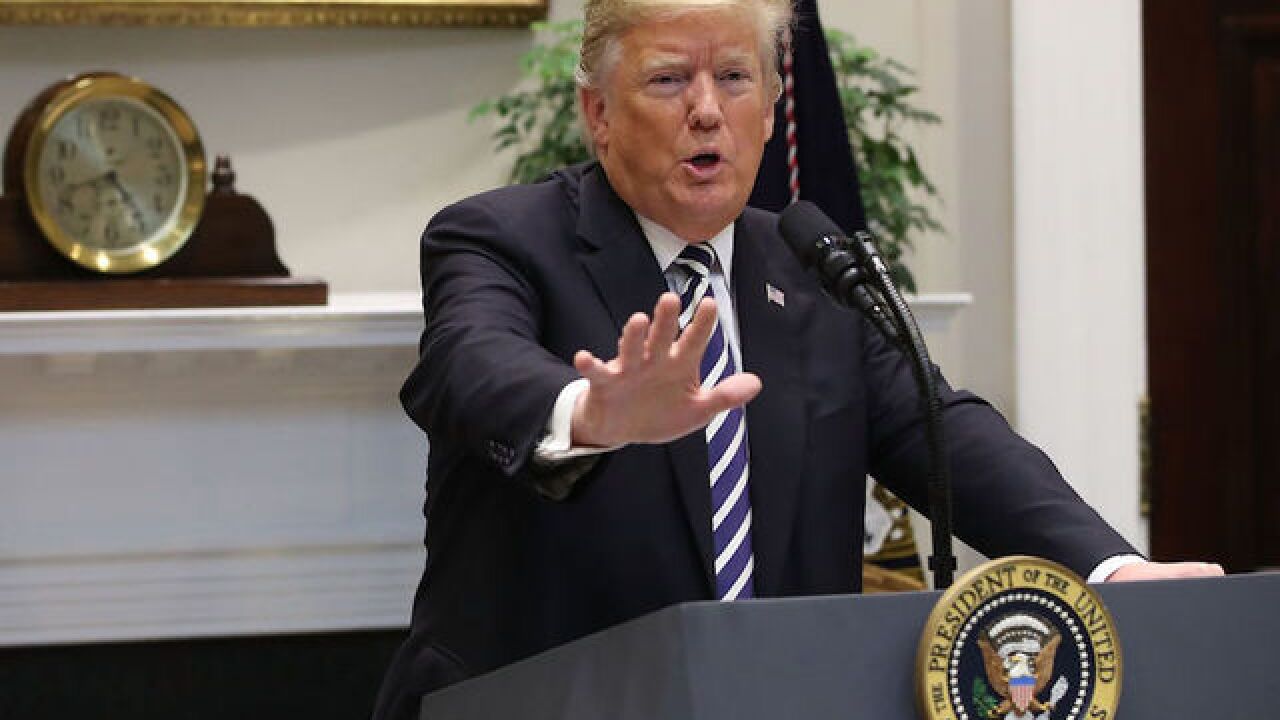 Image copyright 2018 Getty Images. All rights reserved. This material may not be published, broadcast, rewritten, or redistributed.
Mark Wilson
<p>U.S. President Donald Trump talks about immigration in the Roosevelt Room at the White House on November 1, 2018 in Washington, DC. President Trump announced plans to deny asylum to migrants who try to enter the U.S. illegally outside of ports of entry. </p>

President Donald Trump and the top Republican tax-writer in Congress, House and Ways Means Chair Kevin Brady of Texas, conceded on Wednesday there was zero chance that middle-class Americans will see their taxes cut this year.

It was the first time the White House had returned to a last-ditch campaign promise since the President made the pledge at a rally in Nevada almost two weeks ago. The statement effectively closed the door on any chance of pushing through a tax cut this year.

Even as Trump has crisscrossed the country this week stumping for GOP members in the run-up to next Tuesday's midterm elections, he has been noticeably mute on the issue.

"We are committed to delivering an additional 10 percent tax cut to middle-class workers across the country," the two men said in a joint statement released by the White House. "And we intend to take swift action on this legislation at the start of the 116th Congress."

The joint statement appeared to rule out any chance that legislation could be taken up during the lame duck session when lawmakers return to Washington after the elections.

Two weeks before voters headed to the polls, the President promised middle-class Americans another tax cut, saying it would be introduced by Congress in a week or two.

Trump said at the time that his administration had been working with Brady on a plan "very hard for a pretty long period of time."

But in recent days that promise appeared to fade as even Brady tried to provide some political cover for the President's tax proposal, stressing it would be a top priority for the next Congress only if Republicans are able to maintain their leadership in both chambers.

"We expect to advance this in the new session if Republicans maintain control of the House and Senate," Brady said during an interview with CNBC last Friday.

Forecasters are predicting that Democrats will win the House, potentially setting up a split Congress, making any tax proposal a heavy lift for GOP lawmakers.

The President's tax promise had sent Washington into a frenzy as reporters, politicians and analysts alike tried to figure out what he was talking about, leaving many to surmise there was no plan in sight and zero chance Congress could pass a bill in time.

"There is no plan," said Howard Gleckman, a senior fellow at the Tax Policy Center. "There was never a plan."

Even so, Trump's new promise has sparked rumors in Washington over a number of strategies Republicans could employ to fulfill the President's pledge depending on next Tuesday's outcome, with each presenting their own set of tricky hurdles.

"We're not done yet," the two men said in the statement. "America's workers deserve to keep more of what they earn."

The Trump administration and GOP party leaders have been in active conversations for months about other tax measures that could be undertaken in coming years. In September, the House voted to make individual tax cuts, which are set to expire in 2025, permanent. And there are a host of other tax issues Republicans would like to get to, include retirement savings and education tax benefits.

"If there is a Republican Congress and a Republican president, there will be a tax cut every single year," said Grover Norquist, president of the Americans for Tax Reform.

Brady, who speaks regularly with Trump and Treasury Secretary Steven Mnuchin, had previously suggested Congress could follow through on the President's pledge using a symbolic gesture, formerly known as a nonbinding resolution, offering Republicans' commitment to another middle-class tax cut.