The event is a decades-long tradition 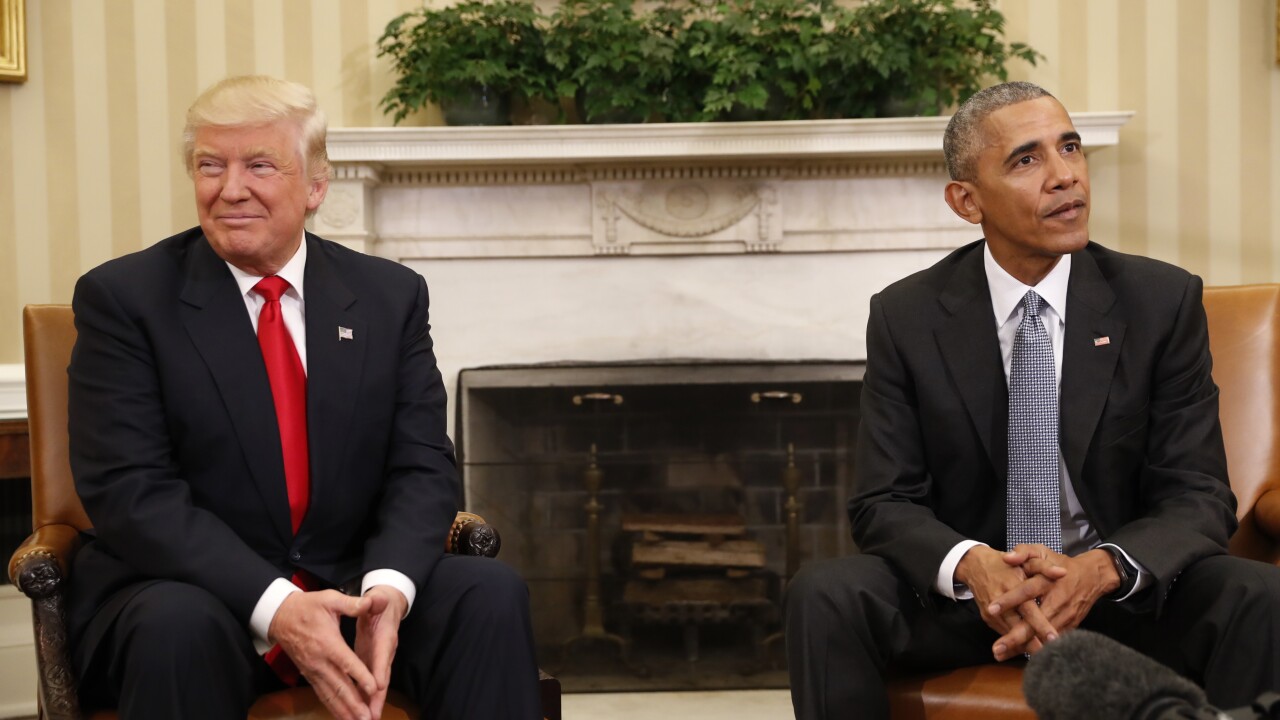 WASHINGTON, D.C. – It seems President Donald Trump is breaking with another tradition.

NBC and CNN report that Trump will not hold a ceremony at the White House for the unveiling of former President Barack Obama’s official portrait, at least not anytime soon.

People familiar with the matter told NBC that the modern ritual won’t be taking place, while sources tell CNN that such an event wasn’t on the calendar.

Sources tell NBC that Obama himself has no interest in participating in the rite of passage as long as Trump is in office. The two have only publicly met once since Inauguration Day, at former President George H.W. Bush’s funeral in 2018.

This news comes as Trump accuses Obama of unsubstantiated and unspecified crimes. Meanwhile, Obama made comments during a graduation event over the weekend, criticizing the country’s response to the coronavirus pandemic.

“More than anything, this pandemic has fully, finally torn back the curtain on the idea that so many of the folks in charge know what they’re doing,” Obama said. “A lot of them aren’t even pretending to be in charge.”

For decades, a first-term president has hosted a ceremony in the East Room for the unveiling of his predecessor’s portrait, regardless of party affiliation or criticism between the men.

The Obama portrait that will eventually hang in the White House is different that the painting that was unveiled of the 44th president at the Smithsonian’s National Portrait Gallery in 2018.