Two galaxies swirl together in cosmic collision captured by Hubble 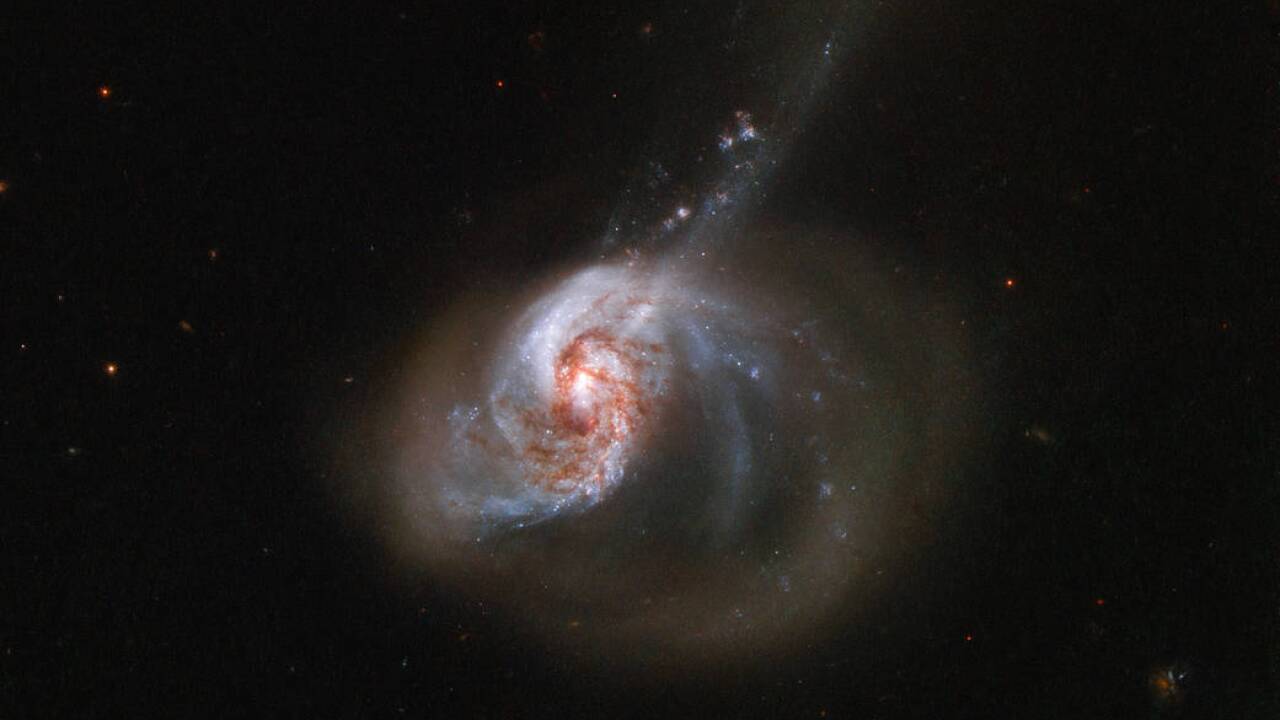 ESA/Hubble & NASA, A. Adamo
NGC 1614, captured here by the NASA/ESA Hubble Space Telescope,  is an eccentrically-shaped galaxy ablaze with activity. The galaxy resides about 200 million light-years from Earth and is nestled in the southern constellation of Eridanus (The River).  NGC 1614 is the result of a past galactic merger which created its peculiar appearance. NGC 1614 is, in fact, the second most luminous galaxy within 250 million light-years.

What does it look like when galaxies collide? The Hubble Telescope captured a unique sight as two galaxies are in the process of merging.

NASA says the galaxy, called NGC 1614, is about 200 million light-years from Earth and is the result of a “galactic merger” which has created a unique appearance. They call it “eccentrically shaped” and “ablaze with activity” in a statement on NASA’s website. It sits in the constellation of Eridanus.

The result of the cosmic collision is a flow of interstellar gas from the smaller galaxy into the nucleus of the larger one, “resulting in a burst of star formation that started in the core and has slowly spread outward through the galaxy,” NASA says.

Astronomers say NGC 1614 is one of the most luminous objects in the local universe.