Two-thirds of New Yorkers do not want the state to split up into two, poll says 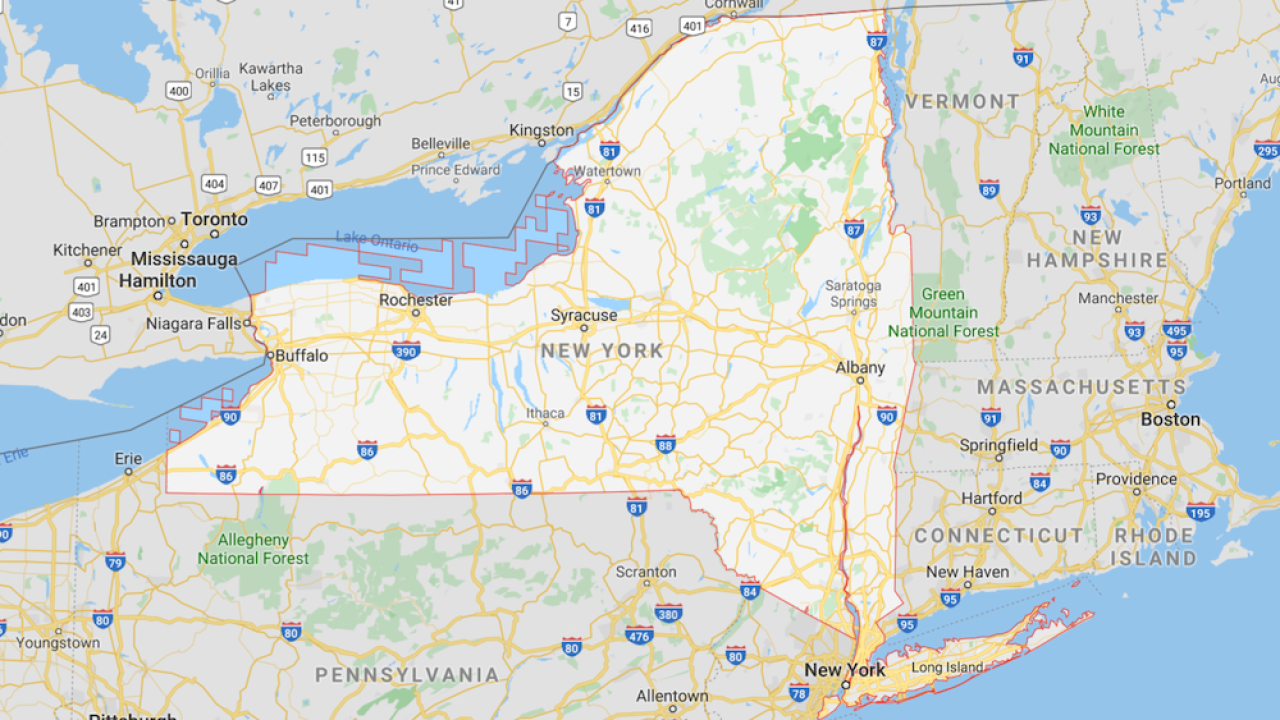 LOUDONVILLE, N.Y. — A new poll from Siena College found that roughly two-thirds of New Yorkers don't want the Empire State to be divided into two.

The proposal would make New York City, Long Island and parts of the Lower Hudson Valley into one state, while leaving Western New York along with the additional upstate New York counties as its own state.

“Nearly three-quarters of New York City voters, more than two-thirds of downstate suburbanites and a clear majority of upstaters oppose dividing New York into two states. It is also opposed by more than three-quarters of Democrats, 56 percent of independents and half of Republicans,” Siena College pollster Steven Greenberg said.

The poll found only 25 percent of New Yorkers want to divide the state.

In February, state senator Daphne Jordan (R-Halfmoon) proposed a measure that would create a group to research splitting up the state. According to the Associated Press, the idea of splitting the state comes up "periodically" in the state capitol of Albany, given New York City's and western New York's growing ideological differences.

This story was originally published by Paul Ross on WKBW in Buffalo.