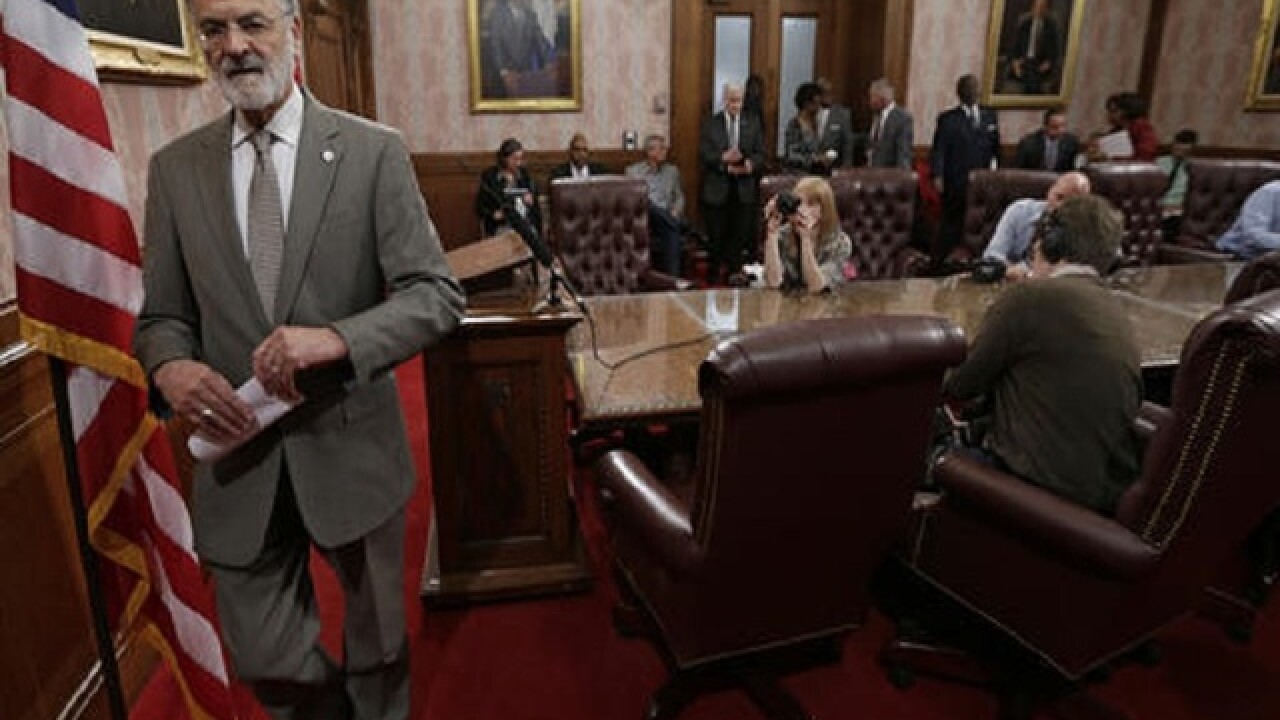 Tony Dejak
<p>Mayor Frank Jackson leaves the podium after answering questions during a news conference, Monday, April 25, 2016, in Cleveland. The city on Monday reached a $6 million settlement in a lawsuit over the death of Tamir Rice, a 12-year-old black boy shot by a white police officer while playing with a pellet gun outside of a recreation center. (AP Photo/Tony Dejak)</p>

CLEVELAND (AP) — The head of a Cleveland police union says the family of a 12-year-old black boy shot dead by a white police officer while playing with a pellet gun should use money from a $6 million settlement to educate children about the dangers of handling real and replica firearms.
Cleveland Police Patrolmen's Association president Steve Loomis released a statement Monday, hours after the city announced a settlement in a lawsuit over the death of Tamir Rice.
An order filed in U.S. District Court in Cleveland says the city will pay out $3 million this year and $3 million the next. There was no admission of wrongdoing in the settlement.
Family attorney Subodh Chandra blasted Loomis' response, saying his comments reflect "all that is wrong with Cleveland's police division."
Associated Press 2016