US Coast Guard in Hawaii searching for Chinese mariner 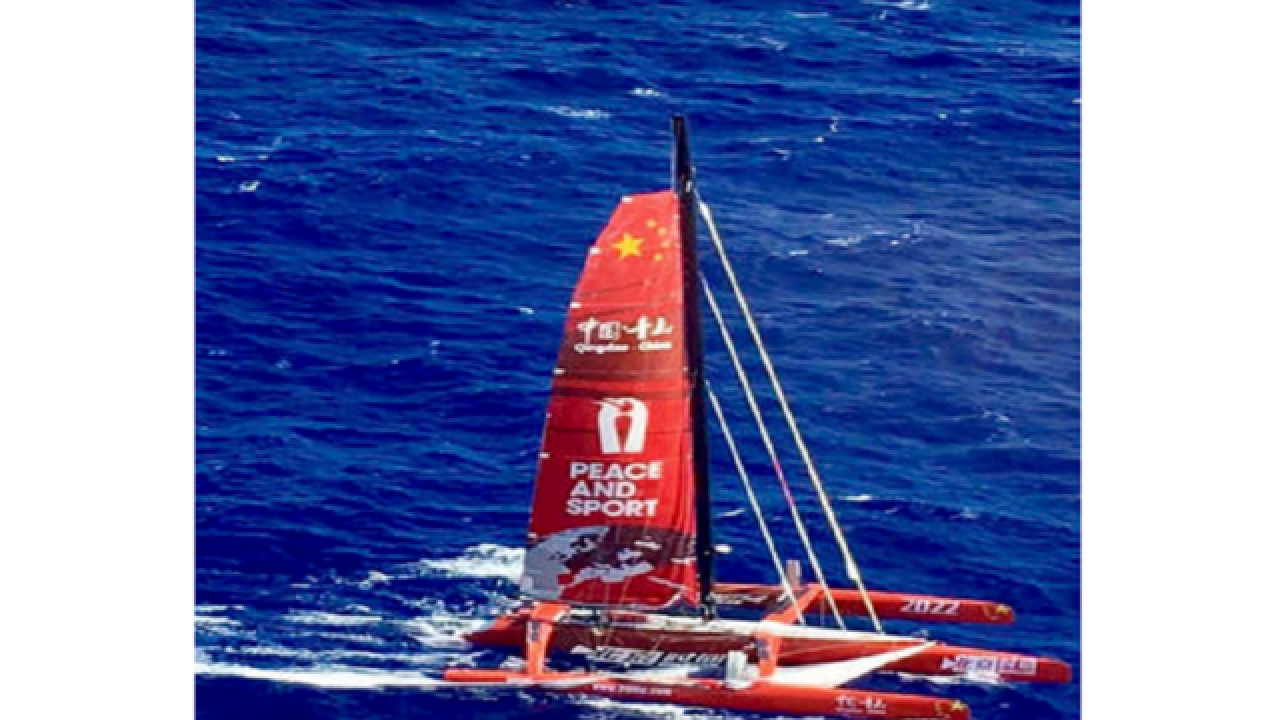 HONOLULU (AP) — The U.S. Coast Guard in Hawaii was searching Wednesday for a Chinese mariner attempting to set a solo sailing record from San Francisco to Shanghai.
The Maritime Rescue Coordination Center China contacted the Coast Guard in Honolulu after not hearing from Guo Chuan in 24 hours.
The Coast Guard located his 97-foot trimaran on Tuesday about 600 miles northwest of Oahu, but rescuers searching from the air saw no sign of him onboard. The U.S. Navy is sending a ship to investigate further.
Guo is healthy and regarded as an experienced sailor, "so that gives us some hope," Coast Guard Petty Officer Second Class Tara Molle said.
The 50-year-old Guo was the first Chinese person to sail around the world in 2013, according to his website, guochaunracing.com.
Guo racing boat, the Qingdao China, has an automatic identification system that showed its location, Molle said.
"A search plane was sent, which had located the boat but did not see Guo on deck," a message on Chuan's website says.
The USS Makin Island, an amphibious assault ship, was expected send a boat to the trimaran Wednesday afternoon.
Guo left San Francisco on Oct. 18 to challenge the solo nonstop trans-Pacific world record. The current speed record for that journey is 21 days, and he was trying to sail from San Francisco to Shanghai within 20 days, the website says.
Copyright 2016 The Associated Press. All rights reserved. This material may not be published, broadcast, rewritten or redistributed.