US official: Russia might shoot down US aircraft in Syria 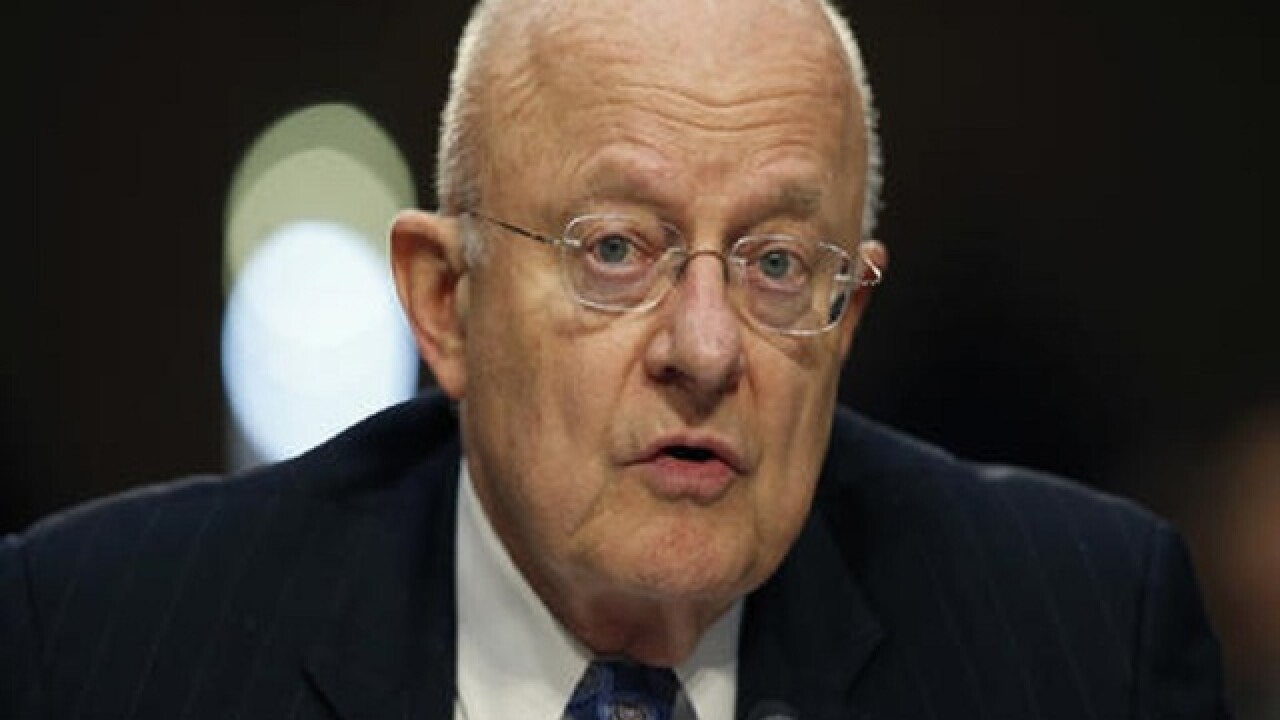 By: Associated Press
Posted at 10:50 PM, Oct 27, 2016
WASHINGTON (AP) — Russia could shoot down a U.S. aircraft if a no-fly zone were imposed over Syria, National Intelligence Director James Clapper said Tuesday.
"I wouldn't put it past them to shoot down an American aircraft if they felt that was threatening to their forces on the ground," Clapper said, speaking with CBS' Charlie Rose at the Council on Foreign Relations in New York about several national security issues.
Russia has deployed a very advanced and capable air defense system in Syria and would not have done that if it wouldn't use it, Clapper said.
The Obama administration has refrained from setting up a no-fly, or safe, zone for civilians in Syria partly because of the complexity in staffing and enforcing it and the potential for direct military confrontation between the U.S. and Russia. Democratic presidential candidate Hillary Clinton has called for a no-fly zone over parts of Syria. Republican vice presidential candidate Mike Pence has also called for a no-fly zone over Syria, but Donald Trump, the GOP presidential nominee, has yet to take a firm position.
On North Korea, Clapper said he thought that the U.S. policy of trying to persuade Pyongyang to give up its nuclear weapons is probably futile. Perhaps the only thing the U.S. could get would be limitations on North Korea's nuclear capabilities, he said.
"I think the notion of getting the North Koreans to denuclearize is probably a lost cause," Clapper said.
"They are under siege and they are very paranoid, so the notion of giving up their nuclear capability, whatever it is, is a nonstarter with them."
The Obama administration has consistently demanded that North Korea agree to denuclearize the Korean Peninsula. That is the goal of six-nation aid-for-disarmament negotiations that have been stalled since the North pulled out of the talks in 2009. The U.S. says resumption of those talks, which were hosted by China, requires North Korea to recommit to denuclearization. The government of young leader Kim Jong Un, however, appears intent on retaining and increasing its nuclear arsenal.
North Korea has conducted two nuclear test explosions this year, and more than 20 missile tests, deepening concern that it is moving closer toward having a nuclear-tipped missile that could reach the American mainland. It is also believed to be producing more fissile material for bombs. U.S. experts estimate that North Korea has between 13 and 21 nuclear weapons and could have as many as 100 by 2020.
State Department spokesman John Kirby said Tuesday there had been no change in U.S. policy toward North Korea.
"We want to continue to see a verifiable, denuclearization of the peninsula. We want to see a return to the six-party talk process, and that means we need to see the North show a willingness and an ability to return to that process which they haven't done yet," Kirby told reporters in Washington.
Clapper also was asked about the Obama administration's claim that recent hacking of political sites was orchestrated by top Russian officials. The U.S. response might not come in the form of a reciprocal cyberattack on Russia, Clapper said.
Pressed on the subject, Rose, the interviewer, noted that there is a sense that the Russians were not paying any price for the hacking.
"Maybe not yet," Clapper replied.
"Maybe after the election?" Rose asked.
"I'm not going to pre-empt," Clapper said.
Earlier this month, Vice President Joe Biden told NBC's "Meet the Press" that the U.S. would respond "at the time of our choosing. And under the circumstances that have the greatest impact."
Copyright 2016 The Associated Press. All rights reserved. This material may not be published, broadcast, rewritten or redistributed.