US and British troops killed in Syria blast 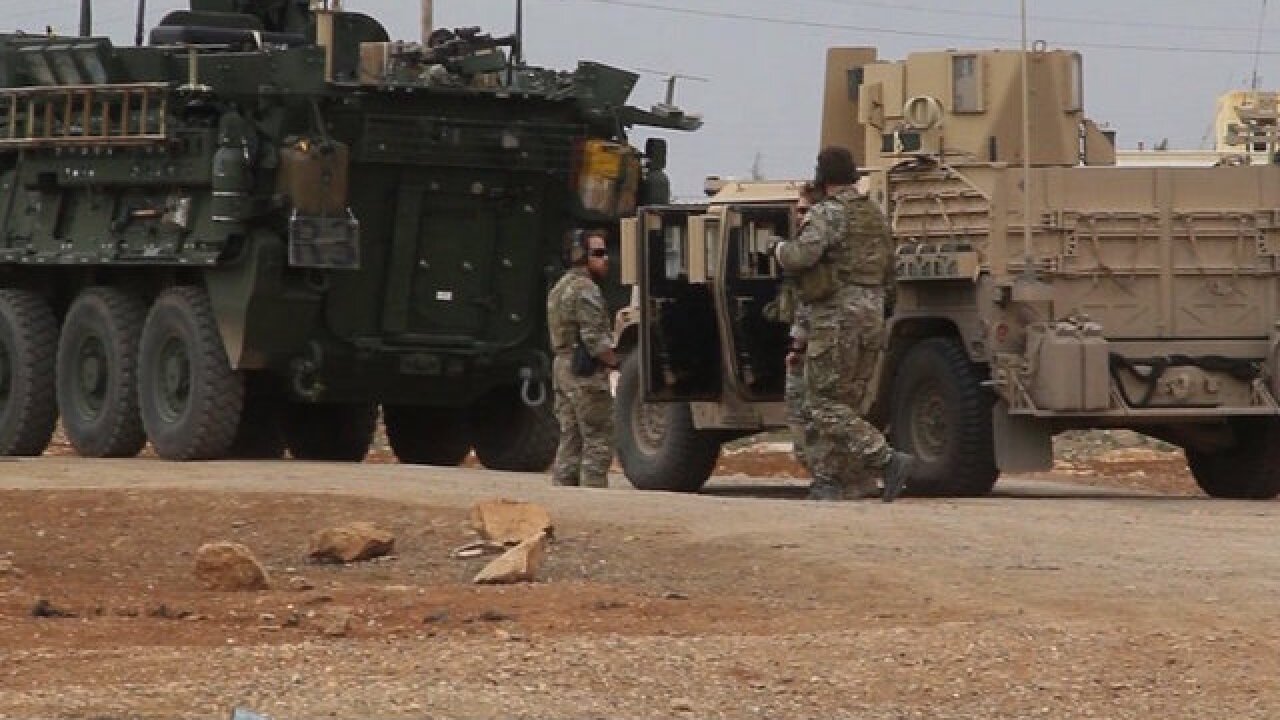 A US service member and a member of the UK armed forces were killed in an improvised explosive device attack in the Manbij area of Syria on Thursday.

A US official with knowledge of the initial reports from the battlefield told CNN the American had been killed.

The UK Ministry of Defence confirmed the British death in a statement saying the soldier was embedded with US forces on a counter ISIS operation when the incident occurred.

"The family has been notified and our thoughts are with them at this difficult time," the British statement continued.

Two members of the US-led coalition in Syria were killed and five were wounded in the attack, the coalition said. The official said that multiple vehicles were involved in the IED incident.

The coalition said details about the incident are being withheld pending further investigation and that the names of those killed will be released "at the discretion of the pertinent national authorities."

The US maintains about 2,000 US troops in Syria, who mostly work with local allies fighting ISIS in Syria.

President Donald Trump said Thursday that the US would "be coming out of Syria like very soon," just hours after the Pentagon highlighted the need for US troops to remain in the country for the immediate future.

Chief Pentagon spokesperson Dana White told reporters that "important work remains to guarantee the lasting defeat of these violent extremists" in the country.