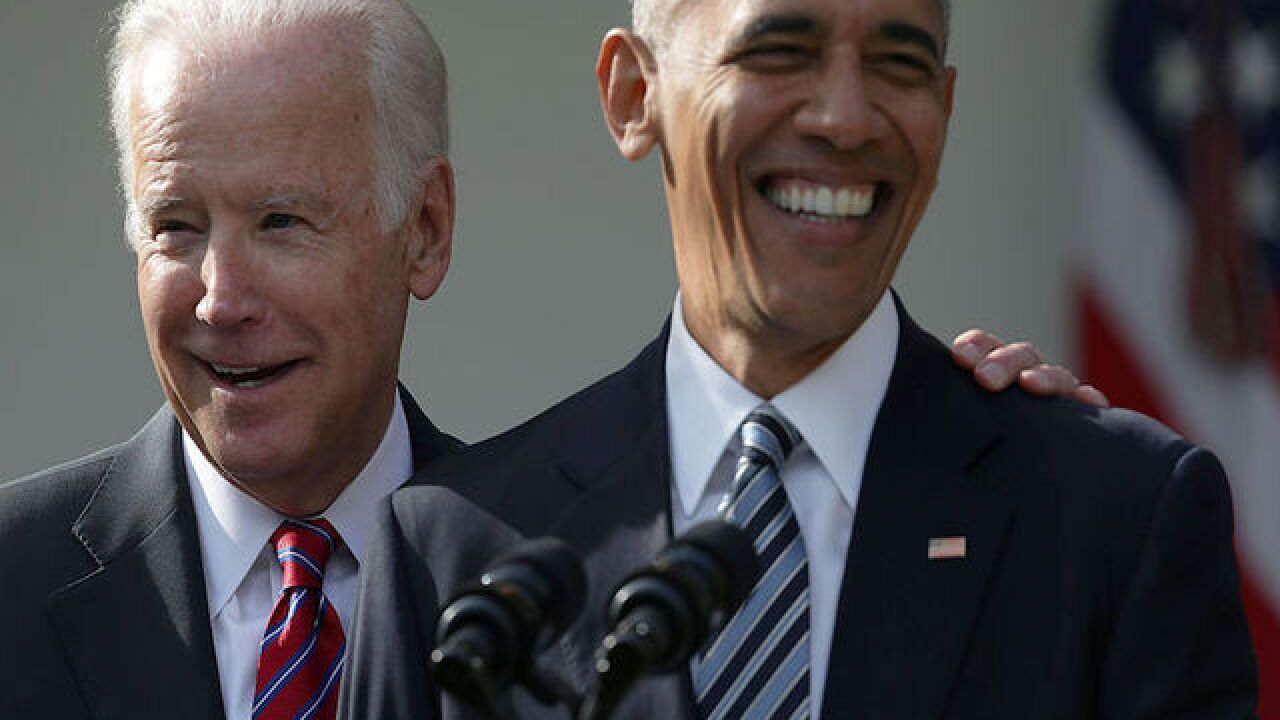 Copyright Getty Images
Alex Wong
<p>WASHINGTON, DC - NOVEMBER 09: U.S. President Barack Obama and Vice President Joseph Biden share a moment during a statement about the election in the Rose Garden at the White House November 9, 2016 in Washington, DC. Republican presidential nominee Donald Trump has won the election and will become the 45th president of the United States. (Photo by Alex Wong/Getty Images)</p>

He may be second in command, but Vice President Joe Biden is the main man on social media these days.

No matter where you log on — Twitter, Facebook or Instagram — the 73-year-old vice president is front and center with a series of memes ranging from his relationship with President Barack Obama, possible practical jokes on the incoming president Donald Trump and even reactions to photos of Biden from his younger days. Here's just a sampling of the vice president's social media appearances around social media: Some were just funny:

19 Joe Biden memes that will get you through the next four years https://t.co/LVMVTXYfo1 pic.twitter.com/JJ524PAe5d

I will be tweeting a Joe Biden meme everyday until Jan 20 2017 pic.twitter.com/D6yrSC77ZM

I have an obsession with Joe Biden memes. I'll probably spam them at some point #joebiden #biden #obama #meme

A photo posted by Bryan (@ultima.umbreon) on

[Writing the State Of The Union]
OBAMA: So I'll say the state of the union is...
BIDEN: On fleek. Say it's on fleek. pic.twitter.com/5LLGvuRTha

Others were a little more politically motivated:

biden: cmon you gotta print a fake birth certificate, put it in an envelope labeled "SECRET" and leave it in the oval office desk
obama: joe pic.twitter.com/UTtv1JkE5o

Biden: Mike, I don't like you, you don't like me
Pence: Let's keep this civil
Biden: Whatever. I'm taking the "World's Best VP" mug with me pic.twitter.com/NL58NBSmvV

And, then there are the ones marveling over a young Joe Biden

A young Joe Biden lookin' like he'd steal your girl from you with ease pic.twitter.com/dA64S0yZb1