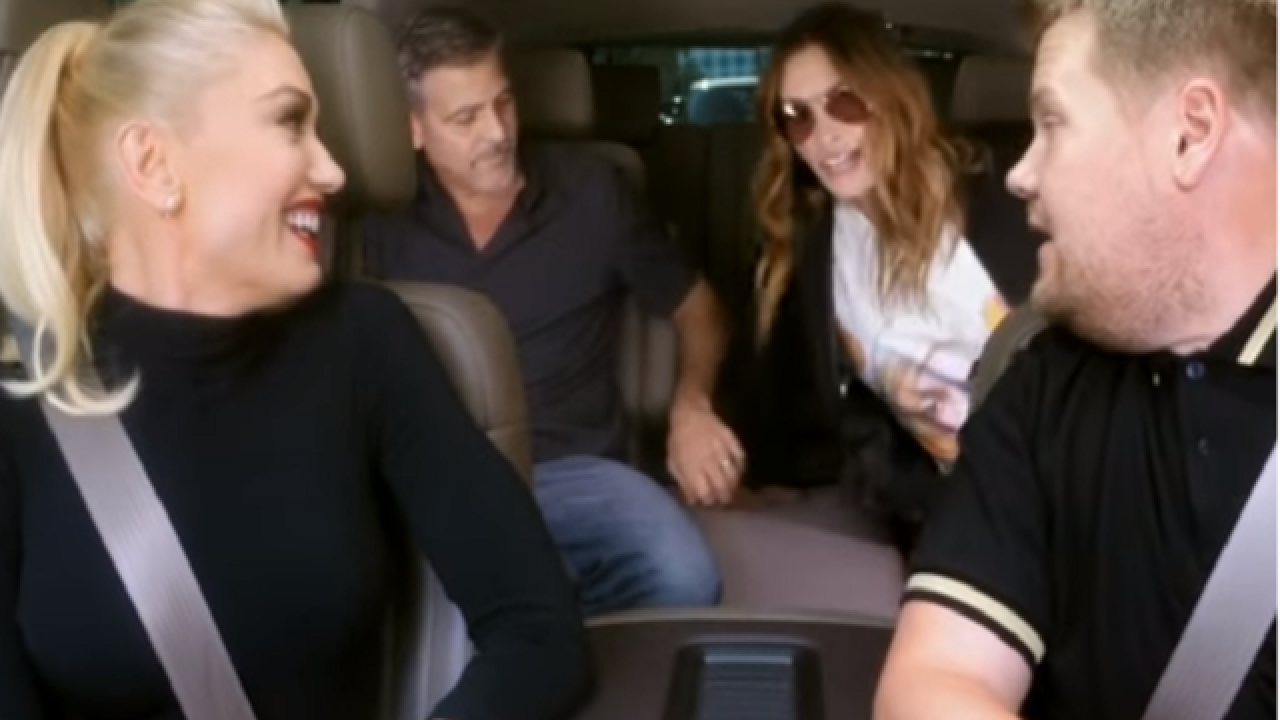 If James Corden has taught us anything, it’s that there’s nothing more fun than a car of full of singing celebrities.
While the carpool karaoke segment on “The Late Late Show” typically features Corden alongside just one other familiar face, this time, the host brought others along for his ride with Gwen Stefani.
The random guests? George Clooney and Julia Roberts (watch in the video above).
Initially, Corden and Roberts belted out No Doubt’s hit “Don’t Speak,” before moving on to Stefani solo hits, “Used to Love You,” “The Great Escape,” and “Rich Girl.”
Clooney and Roberts soon entered the vehicle, and cue a rousing rendition of “Hollaback Girl.”
They then discussed their interpretations of the song before launching into a sing-along Queen’s “We Are The Champions,” Time reports.
Though a reason for the appearance of Clooney and Roberts wasn’t disclosed, it likely has to do with the duo’s upcoming film, “Money Monster,” set to release on May 13.
Scripps Only Content 2016