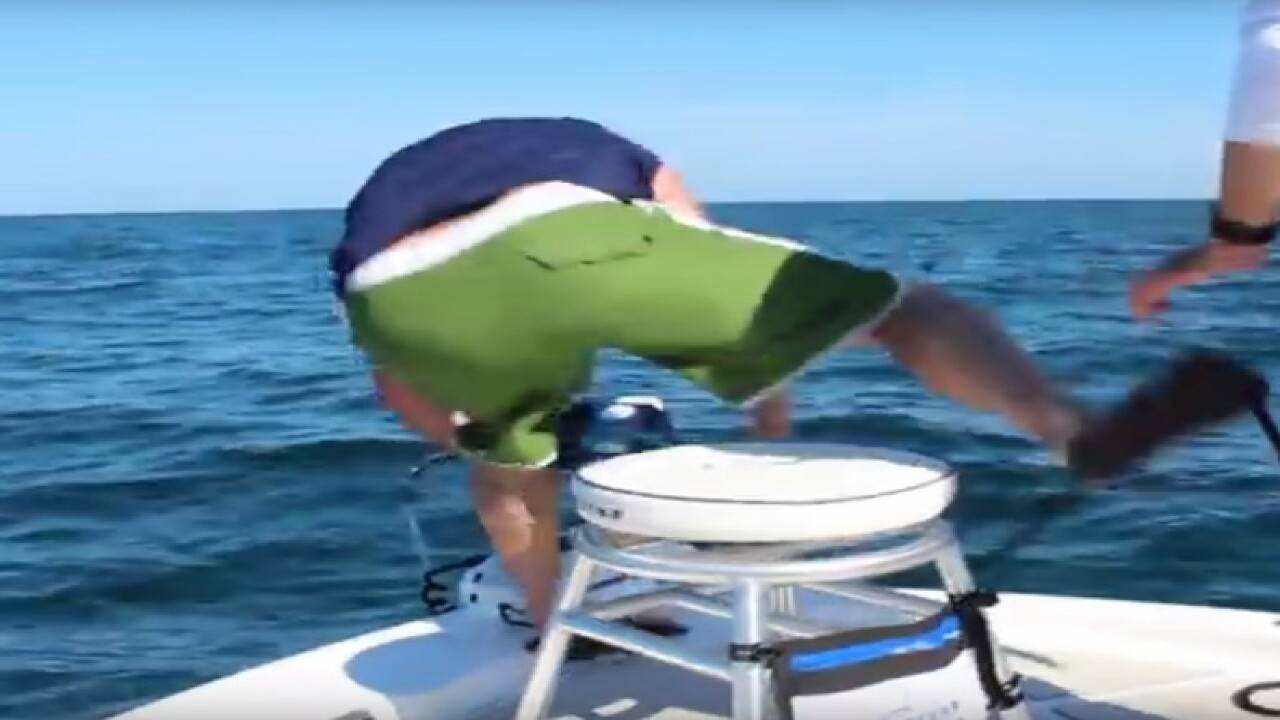 CHARLOTTE COUNTY, Fla. -- A South Dakota man has quite the fish story to bring back home with him, and video to prove it.

A YouTube video posted by Big Bully Outdoors last week show how the battle with an enormous goliath grouper played out while fishing offshore of Boca Grande Pass.

Dustin, visiting Florida from South Dakota, was locked in a battle with an estimated 500+ pound goliath when the fish switched directions and caught Dustin off balance.

Goliath grouper are the largest of the grouper family, and can reach 800 pounds. They have been strictly catch and release in Florida since 1990.

Copyright 2015 The Associated Press. All rights reserved. This material may not be published, broadcast, rewritten or redistributed.