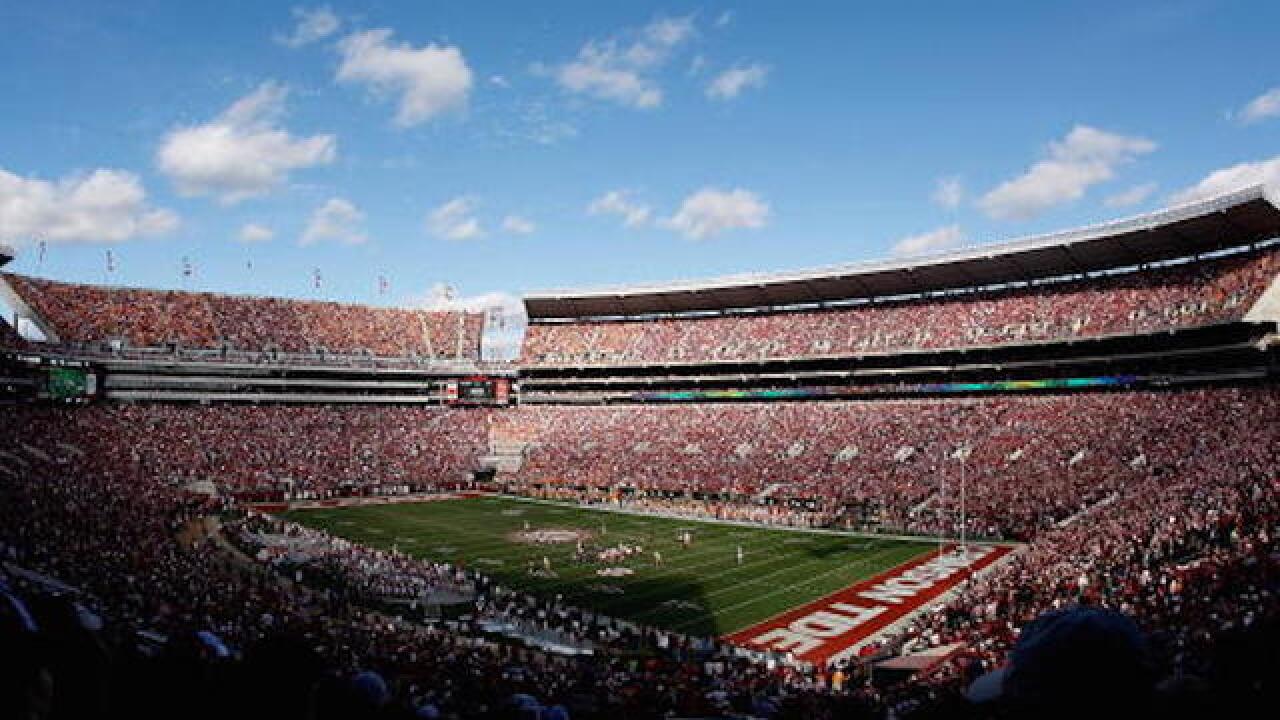 Kevin C. Cox
<p>TUSCALOOSA, AL - OCTOBER 24: A general view of Bryant-Denny Stadium during the game between the Alabama Crimson Tide and the Tennessee Volunteers at on October 24, 2009 in Tuscaloosa, Alabama. (Photo by Kevin C. Cox/Getty Images)</p>

More than 100,000 people are being asked to “hold it” at the University of Alabama’s Bryant-Denny Stadium as water pressure issues have forced the closure of the stadium’s bathrooms during one of the biggest college football games of the year.

Reports about the stadium’s bathrooms began spreading on Twitter after the PA announcer asked fans to not use the restroom due to low water pressure.

The top-ranked Crimson Tide are currently battling No. 6 Texas A&M at the 87-year-old stadium in Tuscaloosa.

Read tweets from fans and media members at the stadium below.

Alabama announces that Bryant Denny Stadium is experiencing a water pressure problem and that "water use should be limited."

Live look in at Bryant-Denny stadium for the next two quarters. pic.twitter.com/sv8zdN0PUP

The toilets are broken at Bryant-Denny Stadium......this is the beginning of the end.