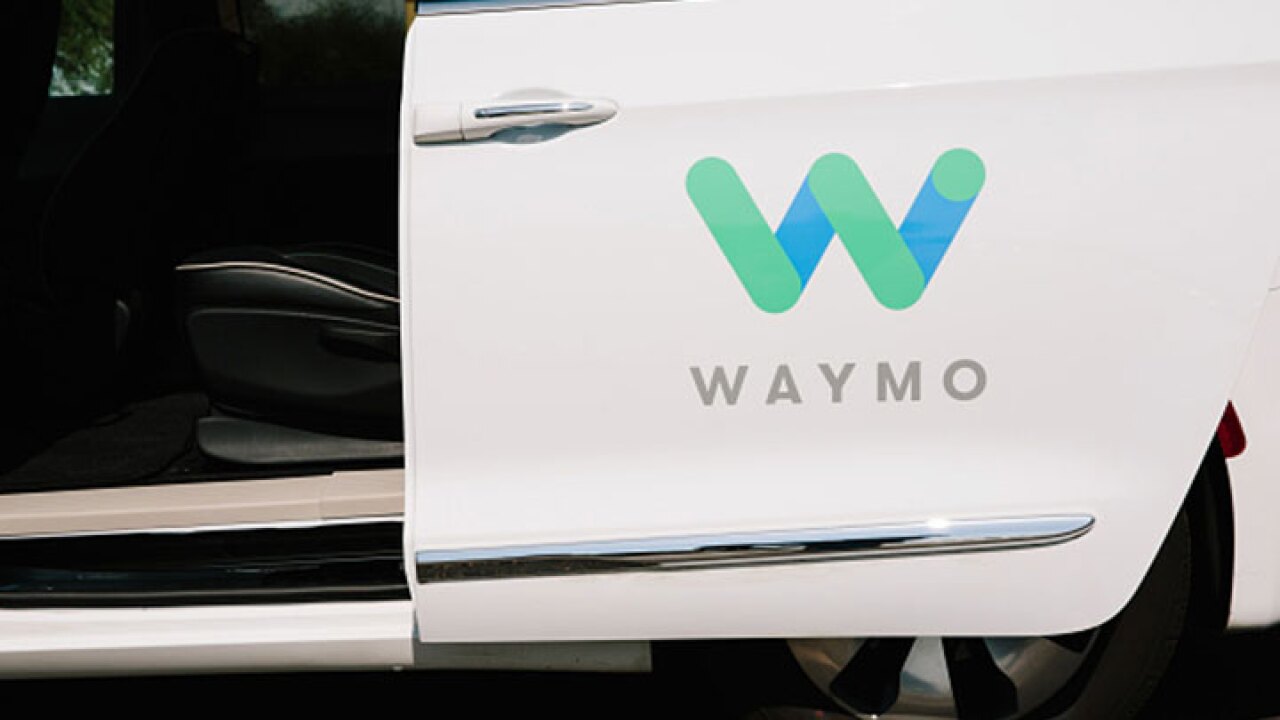 TEMPE, Ariz. — A Waymo self-driving vehicle was involved in a crash early Friday morning, according to the Tempe Police Department.

Detective Greg Bacon said the Waymo vehicle was traveling eastbound on Southern Avenue "in the lane closest to the two-way left turn lane" when it was rear-ended by another vehicle.

Two Waymo confirmed that accident Friday and said two employees were in the vehicle at the time.

Thankfully no one was hurt; there was damage to both vehicles. Waymo's mission is to make our roads safer and we'll continue our efforts to prevent accidents such as this one," the company said in a statement.

The other vehicle was being driven by an adult woman with two young children in the car.

No injuries were reported.

Though impairment was not a factor in the collision, police are working to determine if distracted driving caused the crash.

This story was originally published by Kelsie Blazier on KNXV in Phoenix.