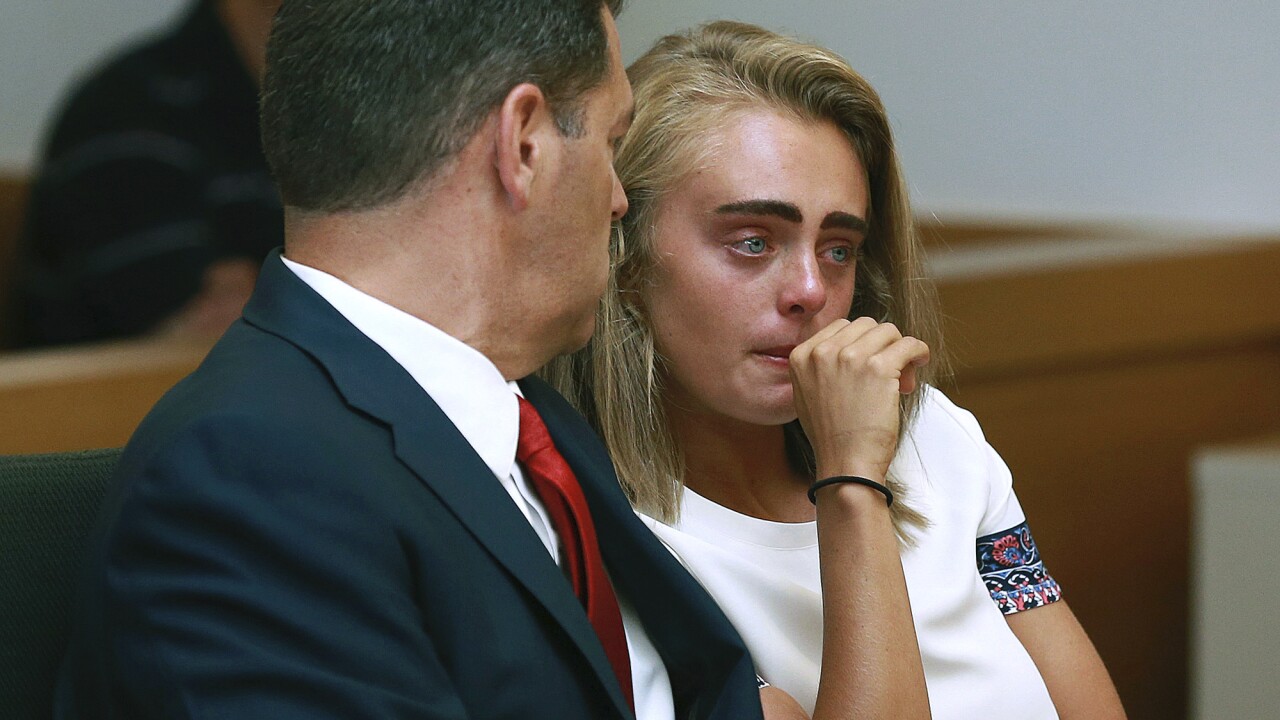 The Supreme Court won't upend the conviction of a Massachusetts woman who sent her boyfriend text messages urging him to kill himself. Michelle Carter is serving a 15-month sentence after being convicted of involuntary manslaughter in the 2014 death of her boyfriend, Conrad Roy III.

Despite the ruling, law enforcement in Massachusetts said that Carter will be released next week.

A judge determined that Carter, who was 17, caused the death of the 18-year-old Roy when she ordered him in a phone call to get back in his carbon monoxide-filled truck that he'd parked in a Kmart parking lot.

Carter's case has garnered national attention and sparked legislative proposals in Massachusetts to criminalize suicide coercion. Jail officials previously said Carter could be released in March, if not sooner, for good behavior during her detention.

A report from Boston 25 news indicated that Carter will be released next week.

She was scheduled to be released in May.