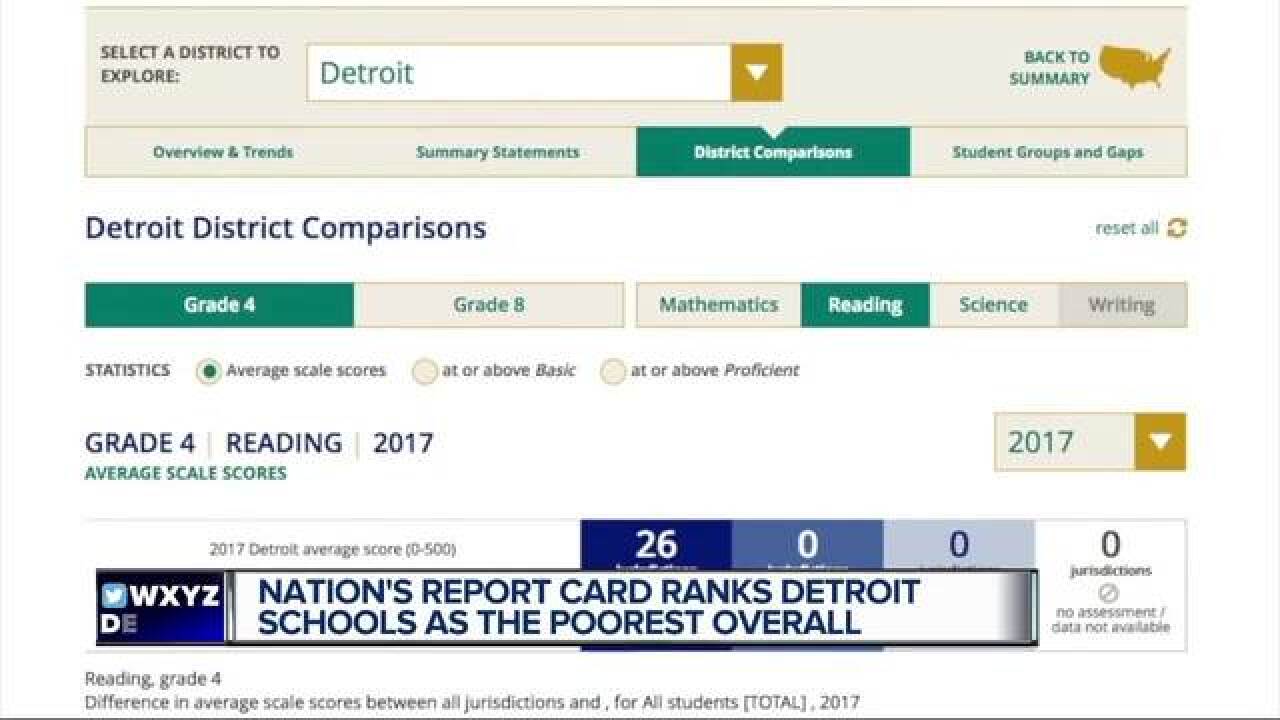 For the second year in a row, the National Assessment of Educational Progress has ranked the Detroit Public Schools Community District as last in the country in two key subjects.

More than 20 school districts were included in the report with Detroit ranking dead last. One area here students are struggling the most is math.

“Our NAEP scores are not a reflection of our students’ talent or potential. Instead, they are indicative of a school system that has not implemented best practices regarding curriculum, instruction, academic intervention, and school improvement for over a decade. Our students, parents, teachers, and principals are ready to embrace change for improvement! They know we can do better! This year we have focused on rebuilding the district’s infrastructure using the same strategies that led to some of the highest performance among large urban school districts in Duval, Miami-Dade, and Florida in general. This includes a focus on training teachers and leaders on the Common Core standards, implementing data systems to monitor student performance and provide intervention, and curriculum that is aligned to the standards. We simply need time and space to build capacity and improvement will be seen by 2020’s administration of NAEP.”

You can view the report card and search districts here.