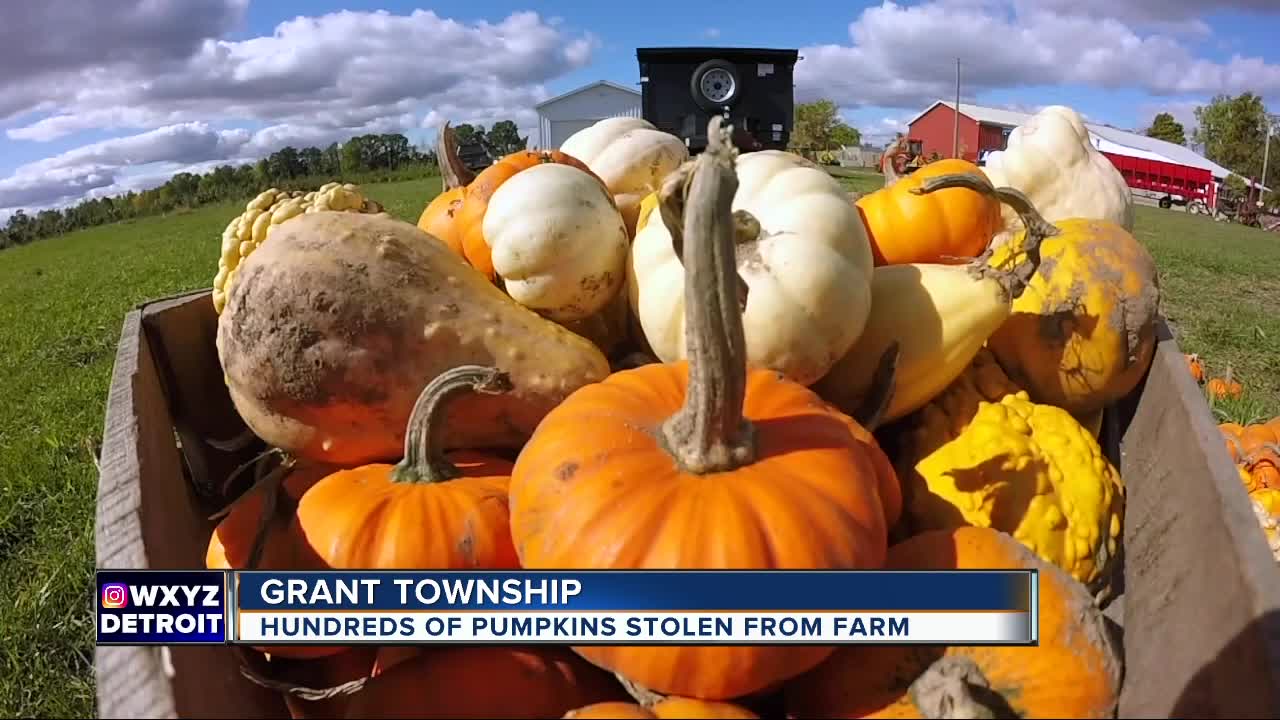 Hundreds of pumpkins were stolen in a matter of hours last week at McCallum’s Orchard &amp; Cider Mill in Grant Township. 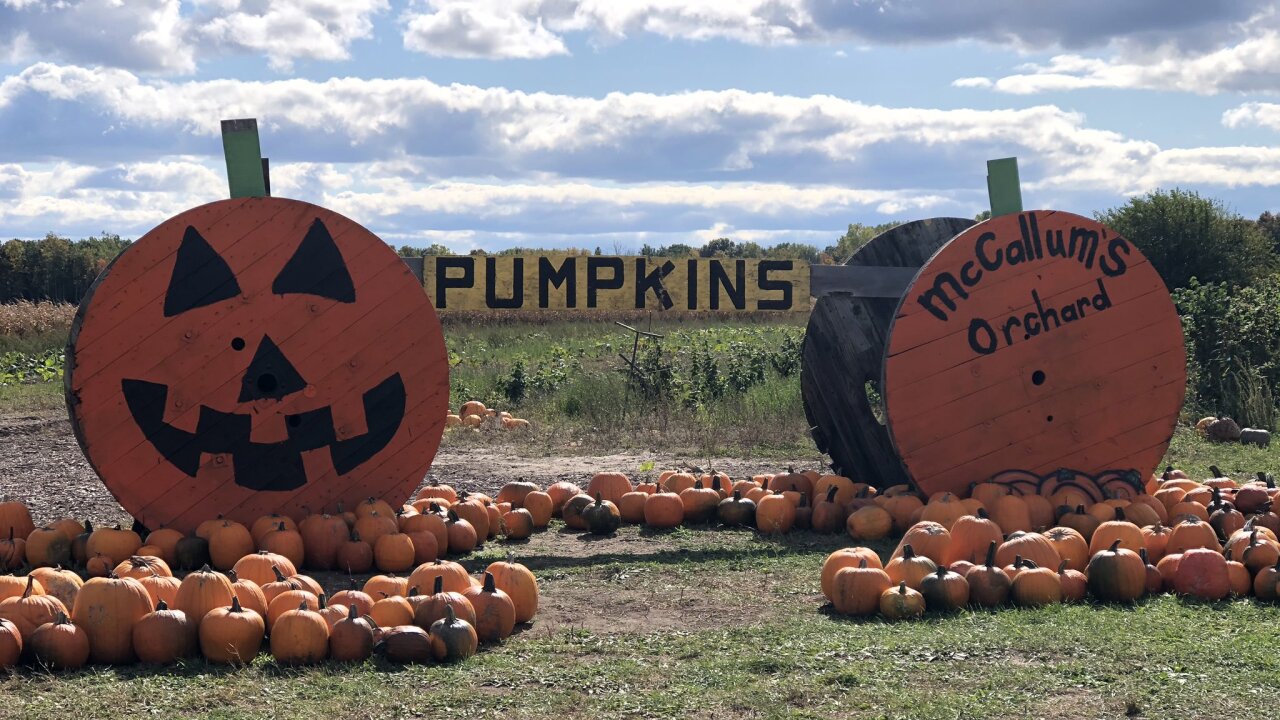 ST. CLAIR COUNTY, Mich. (WXYZ) — An unusual theft at a farm in St. Clair County has the owner in disbelief.

Hundreds of pumpkins were stolen in a matter of hours last week at McCallum’s Orchard & Cider Mill in Grant Township.

“Every single pumpkin was taken out of there,” said Ray Peltier, owner of the farm.

Peltier has been the owner for two years. He describes it as "80-acres of family fun."

The farmer tells me this pumpkin patch looked like a sea of orange... now it’s only green pic.twitter.com/pvEzfRL41a

Also - shout out to photog extraordinaire Mike for doing whatever it takes to get an awesome shot, even using sticks to hold up a #GoPro pic.twitter.com/yPv4O0tjsS

The farm is rich in history, dating back to the 1930s. But something happened at the farm last week that’s a disappointing first.

At least 350 pumpkins were stolen early Monday morning between the hours of 2 a.m. to 7 a.m.

That number doesn’t even include the pumpkin patch. After a farm assessment, the number could double to 700 stolen pumpkins.

“(It's) mind-boggling to think how they could be taken that fast,” Peltier said. “It wasn’t just two guys and a little truck.”

Ray and the staff didn’t even realize the pumpkins were missing until hours later. He tells 7 Action News the thieves carefully took the pumpkins, not breaking the stems.

He thinks they are trying to sell them, which could go for up to $10 each.

This year, they battled a drought, making the theft even more upsetting.

“Our people lost sleep because they don’t see it as a pumpkin, they see it as all our efforts,” Peltier said.

The pumpkins were meant for painting and making pies they sell in the shop. Peltier believes the total loss will be thousands of dollars.

He is now getting help from other local farmers as they give McCallum’s some of their pumpkins.

“(It) gives you goosebumps with these people helping,” he said.