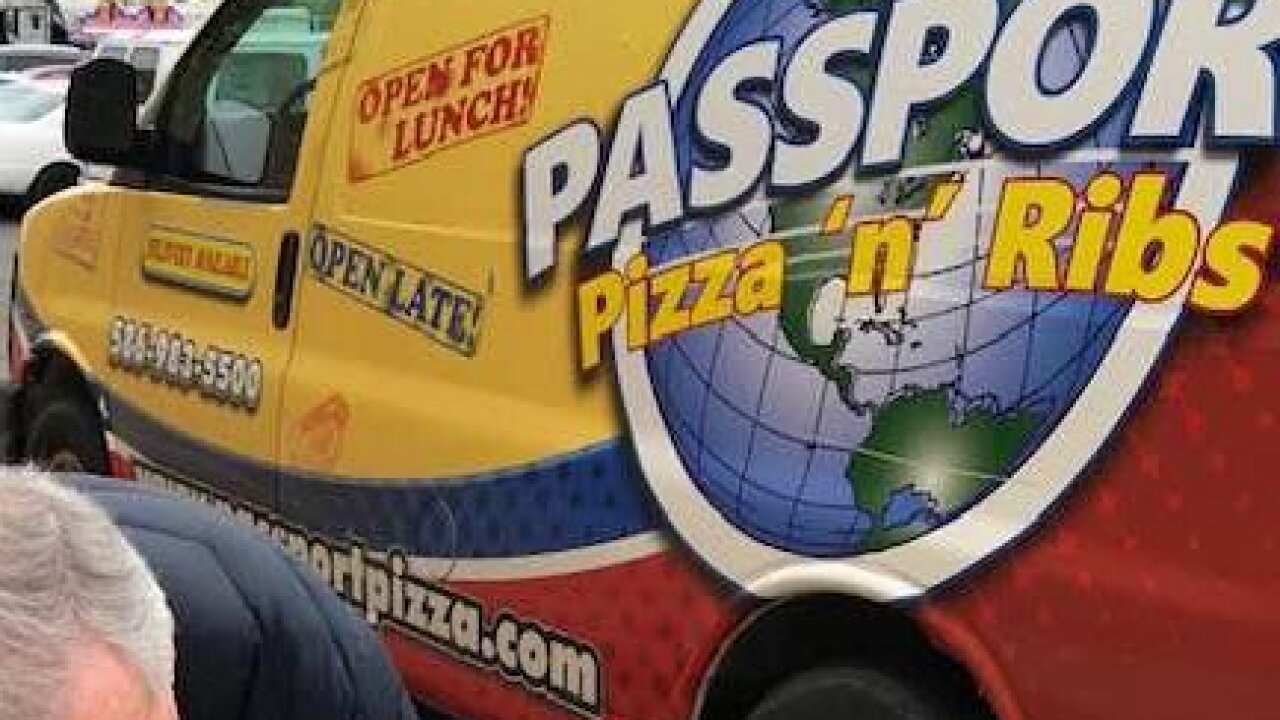 WARREN, Mich. (WXYZ) — When Pastor Curtiss Ostosh noticed the Passport Pizza van his church uses to pick up fresh produce was missing Friday evening, he didn't think much of it.

“I figured it’s Passport Pizza’s van, they needed it for their purposes," he told Action News.

Passport Pizza allows Harvest Time Christian Fellowship to use its van to transport large pallets of fresh food donated from area businesses to it's food pantry, which hundreds in south Warren rely on.

Quickly, he realized the locked van that had been sitting in the church's parking lot, was stolen.

“It was just heartbreaking. And I’m like we just started a new insurance policy," said Sue Latour with Passport Pizza.

The business has been lending it's second delivery van to Harvest Time for a few years. The church doesn't have the money to purchase a van of it's own. Bought new, the van costs around $30,000.

It didn't take long for people in the community to spot the stolen vehicle.

A van used by a church in Warren to help feed the hungry was stolen & then wrecked this weekend. Community members spotted it and made sure the suspect didn’t get away, but the vehicle is no longer drivable the pastor says @wxyzdetroit @CrimeInTheD @cityofwarren pic.twitter.com/LJaxNga7lw

“I was glad that Facebook went viral in the neighborhood. And our business, because our number is on the side of the van, we had calls all day of where the van was," said Passport Pizza owner Mike Bishoff.

Saturday night, when the suspected thief crashed the van into a car on Yacht Avenue, concerned neighbors made sure he couldn't get away.

“You done stole this vehicle from a church," said Kim Patton, one of the people who caught the thief and waited for Warren police to arrive.

Pastor Ostosh said he holds no anger toward the man who took the van, which has since been impounded by Warren police.

The suspect was taken to the hospital according to Ostosh.

But the church is still down a van it desperately needs.

They are asking for help to continue to run Harvest Time's pantry, so they set up a GoFundMe page.