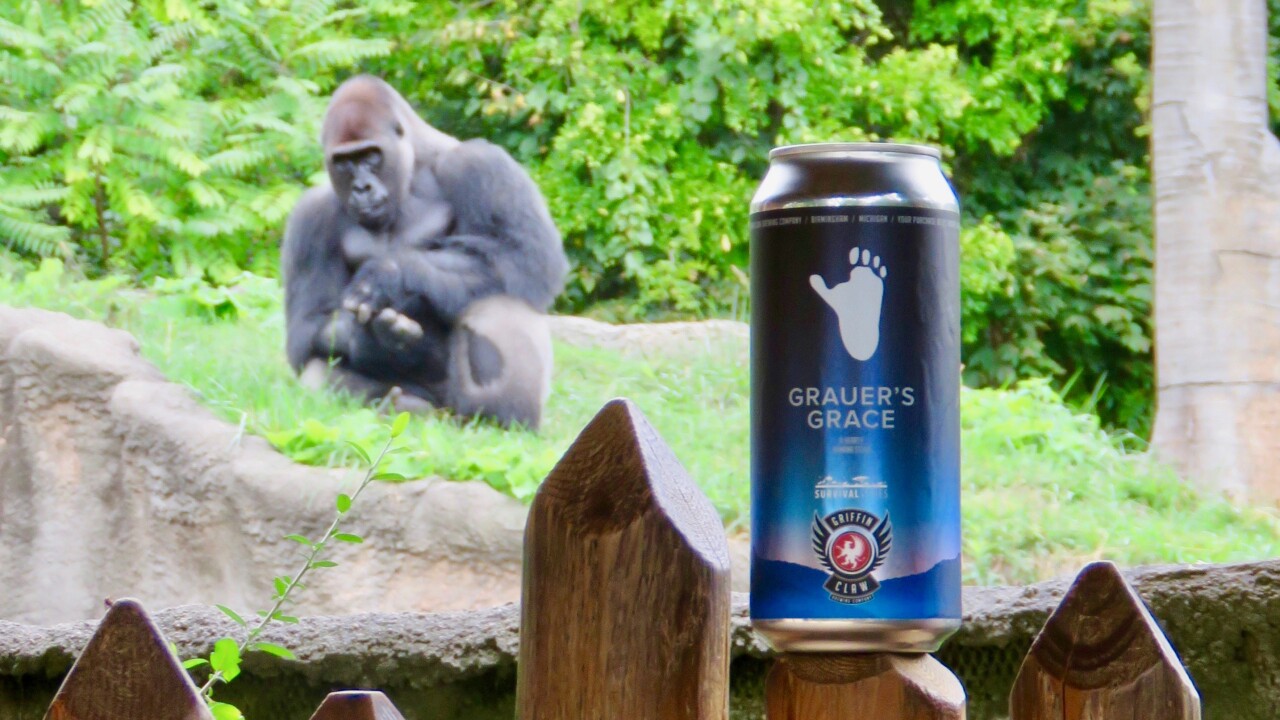 Griffin Claw Brewing Company is introducing Grauer's Grace, a banana stout, that highlights DZS's involvement with the Gorilla Rehabilitation and Conservation Education Center in the Democratic Republic of Congo.

The center provides rescue, rehabilitative care and reintroduction of the highly endangered Grauer's gorillas whose parents were killed by poachers.

DZS has assisted the GRACE staff with veterinary care and with the development of humane education programs for children and adults in nearby communities.

“The GRACE project is one of the most unique conservation, welfare and humane education initiatives we’ve ever been involved with,” said Ron Kagan, DZS executive director and CEO and former chair of the GRACE board, in a news release. “Now there is a unique beer to help bring awareness to the wonderful work being done to help Grauer’s gorillas.”

Grauer’s Grace is the second in a series of four limited-edition brews Griffin Claw is producing under the Survival Series label. The first, Piping Plover Pilsner, recognizes the DZS-led recovery program for the endangered Great Lakes piping plover.

The beer is available in a four-pack of 16-ounce cans at the Griffin Claw Taproom in Birmingham, and will also be sold at Detroit Zoo concessions and in grocery stores and specialty markets throughout Metro Detroit.