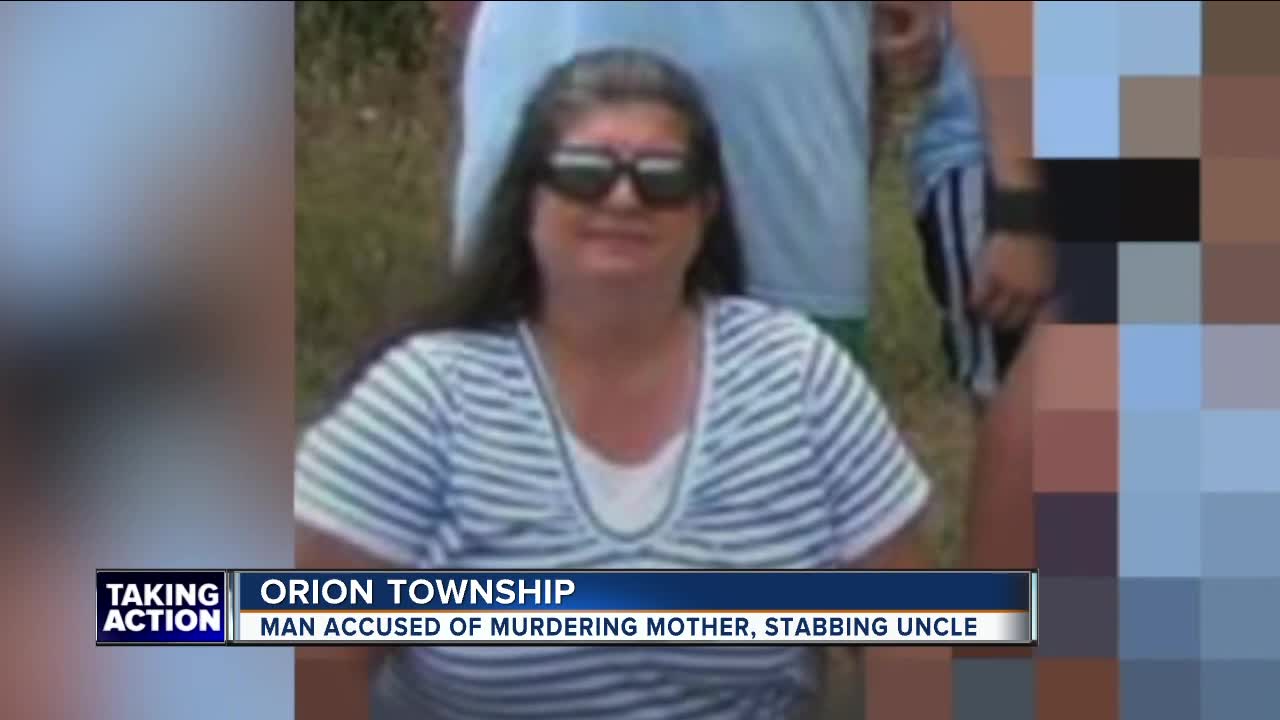 An 29-year-old Orion Township man was arrested after allegedly strangling his mother to death and stabbing his uncle.

ORION TOWNSHIP, Mich. (WXYZ) — An 29-year-old Orion Township man was arrested after allegedly strangling his mother to death and stabbing his uncle.

Deputies responded to a home in the 4500 block of Rohr Road on the report of a stabbing. Deputies located the suspect, who had a laceration to the neck and a severe laceration to his hand, walking southbound on Rohr Road. Police say he was incoherent and sobbing.

Officials say the suspect had physically attacked his mother, a 59-year-old Orion Township woman. The suspect's uncle heard the call for help from his sister and went to see what was occurring, where he saw his nephew allegedly strangling his mother. He then pulled the suspect from his sister.

when confronted, the suspect then went into the kitchen and got a knife, and stabbed the uncle in the left shoulder multiple times. Police say the uncle got ahold of the knife and ran to a neighbor's house to call 911, and while at the neighborho's house, he could hear the victim screaming.

About five minutes later, police say the uncle saw the suspect walking on Rohr Rd. covered in blood and crying.

When police went inside the home, they found the mother with multiple stab wounds, and a second knife was found at the scene. She was taken to the hospital where she later succumbed to her injuries.

The suspect was taken into custody, and police say he has a criminal history from 2013 and 2014 which includes possession with intent to distribute of a controlled substance in Nashville and several other charges out of Oakland County.

The case is expected to be presented to the Oakland County Prosecutor's Office for charging decisions.