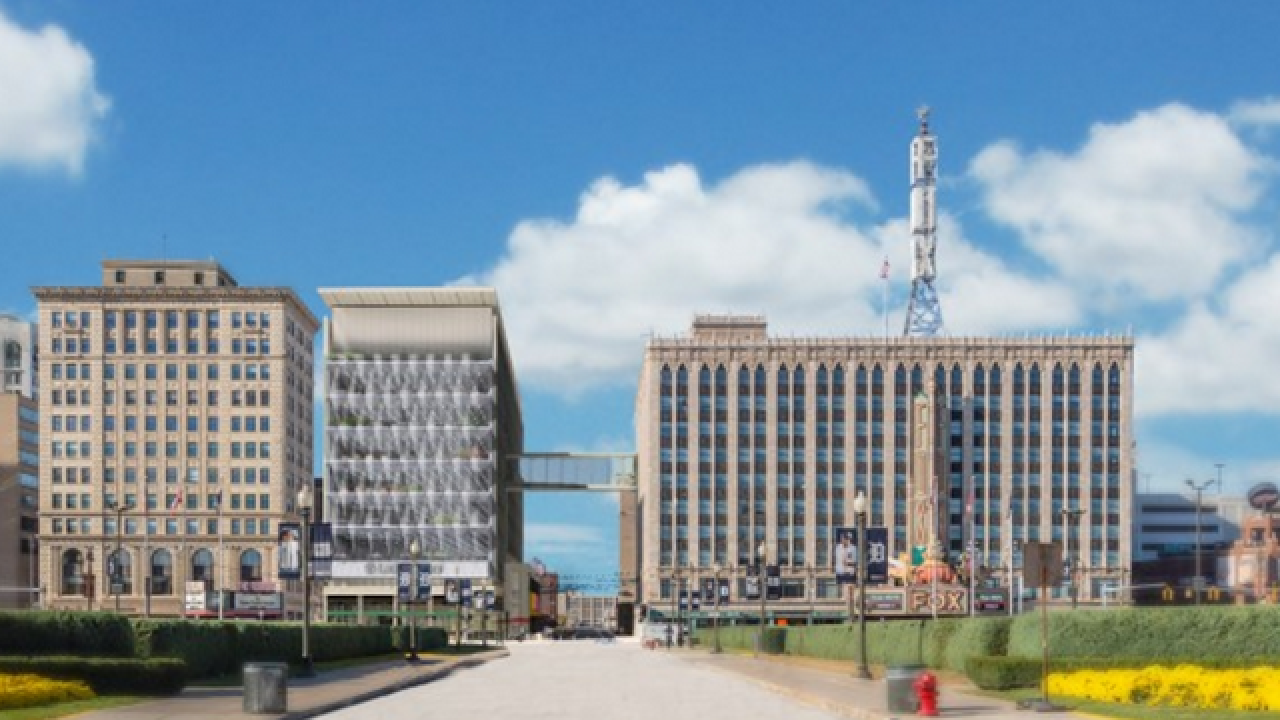 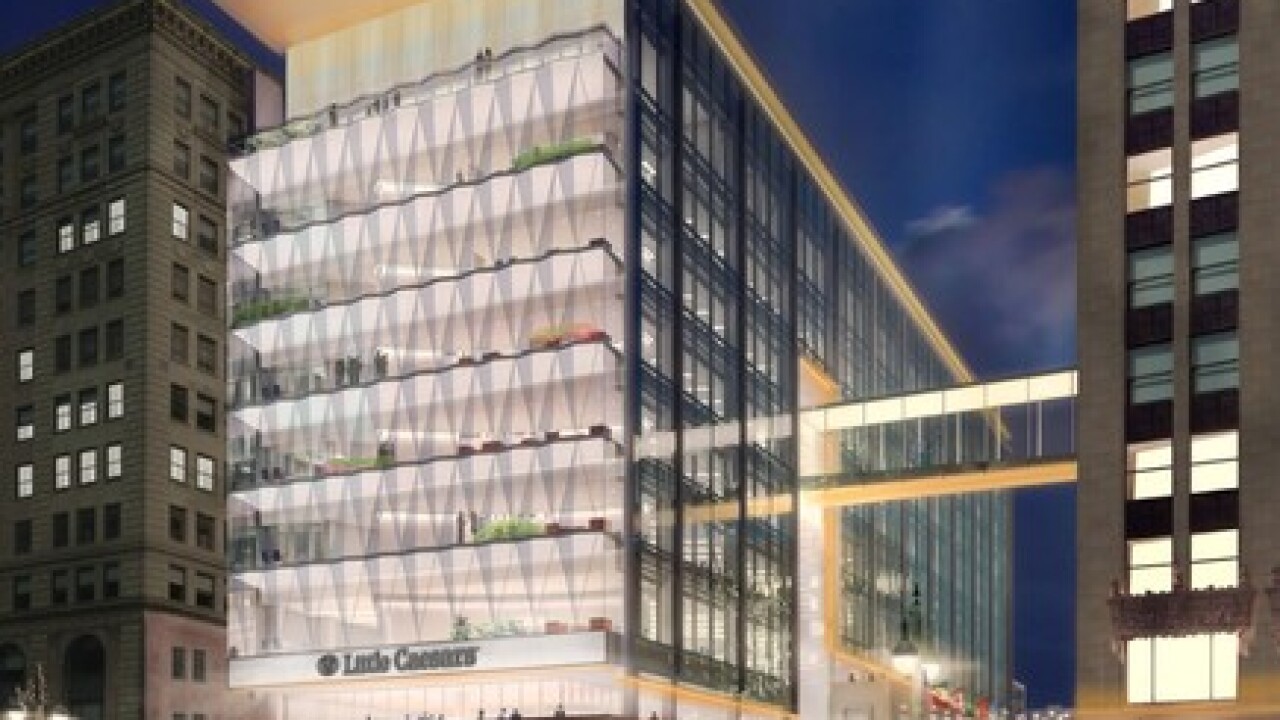 A new nine-story building with a unique exterior made up of 14-foot-tall, pizza slice-shaped glass sections will highlight an expanded Little Caesars headquarters in downtown Detroit.

Little Caesars says the expanded headquarters campus will allow 700 jobs to be brought to Detroit.

A groundbreaking is planned this summer on the building, which will be located across Woodward Avenue from Comerica Park, the home of the Detroit Tigers, and near Little Caesars Arena, the new home of the Detroit Red Wings that's under construction.

Mike and Marian Ilitch confounded Little Caesars in 1959 and bought the Red Wings in 1982. Mike Ilitch bought the Tigers in 1992.