New mapping tool shows $2.3B worth of road repair needed in Macomb County

Tool to help with Getting Around Metro Detroit 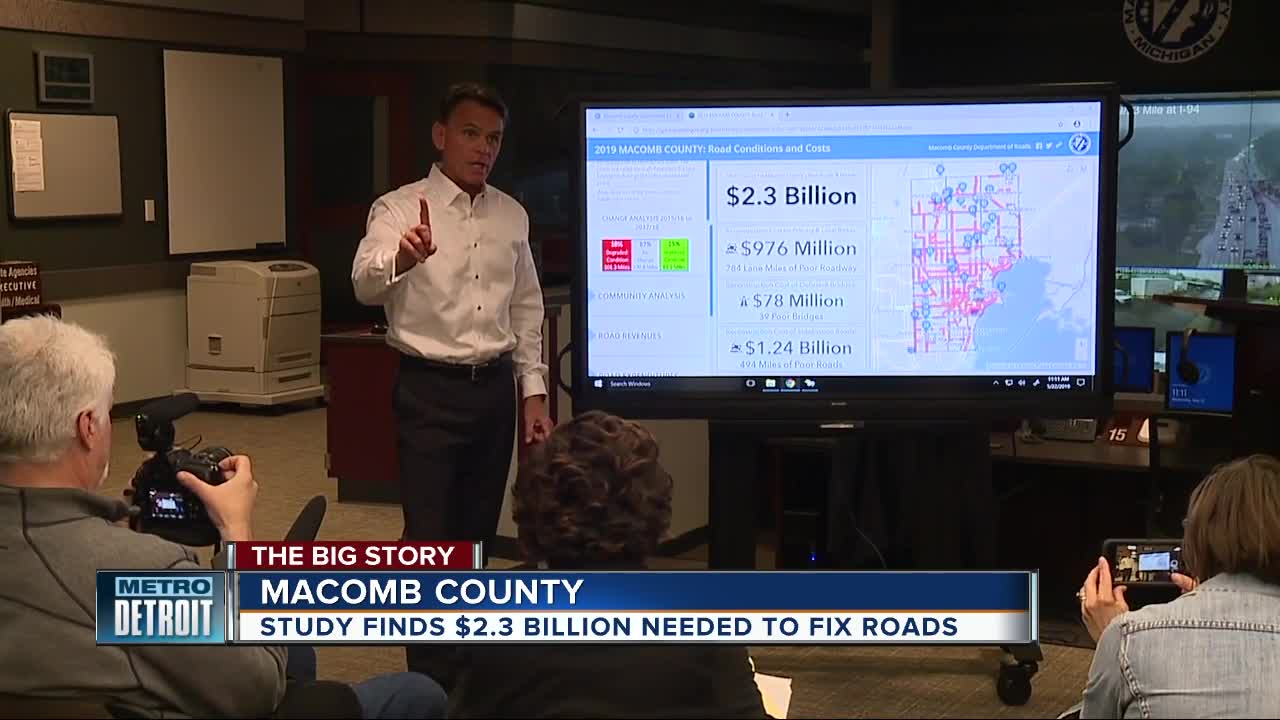 Macomb County needs an influx of cash if it’s going to repair roads at the rate they’re deteriorating. 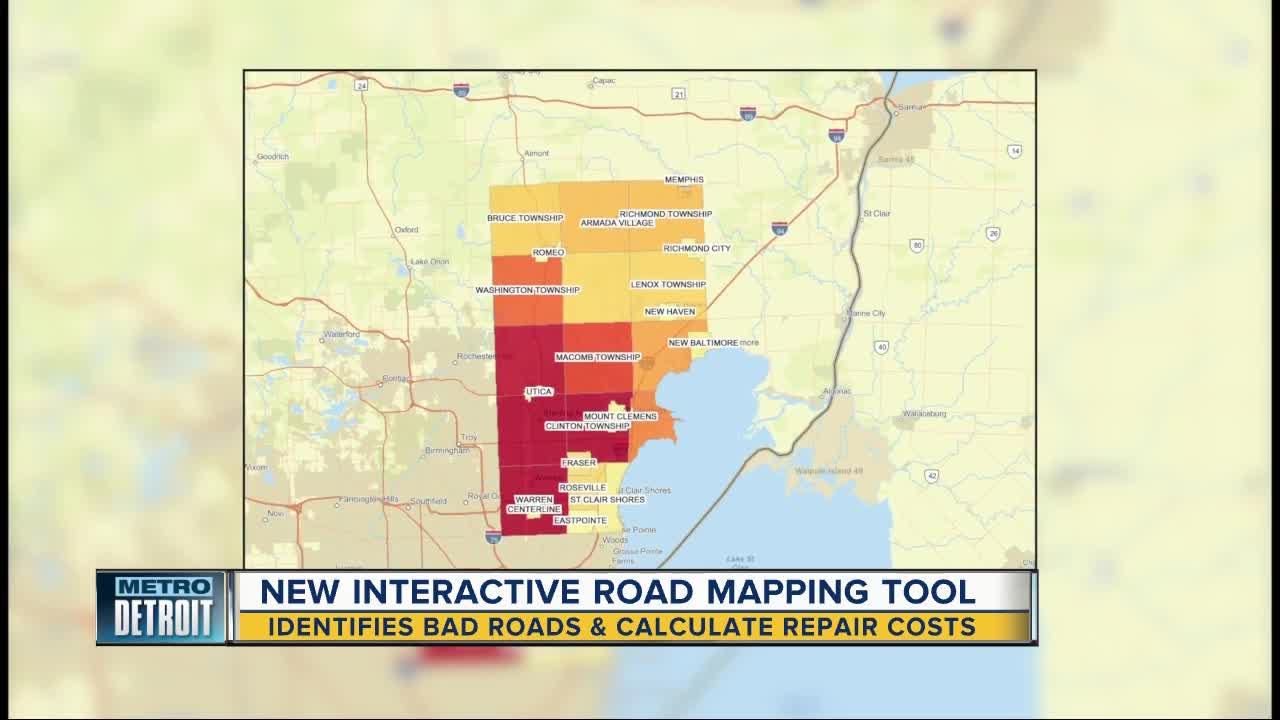 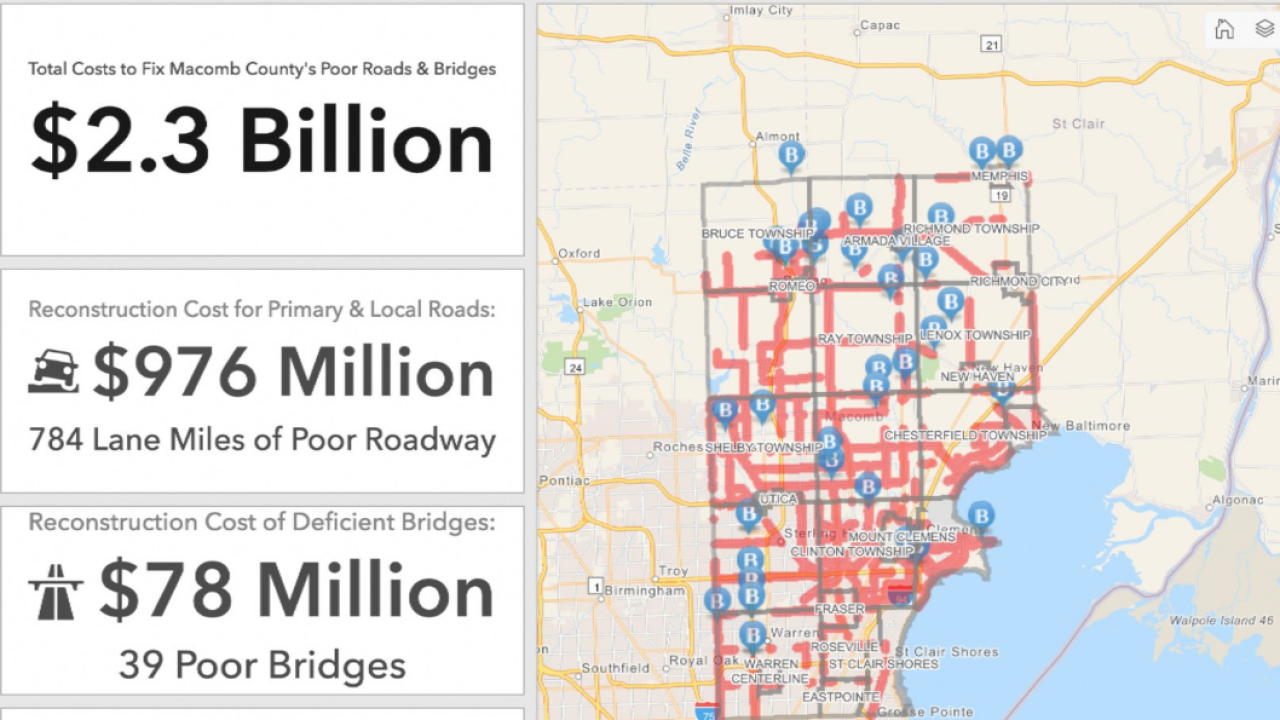 In the past the county executive has talked about the need for overhauling the funding mechanism — this week the county is unveiling a new tool that showcases just how much work is needed.

And here's a breakdown of those numbers by municipality... again, STICKER SHOCK. @wxyzdetroit pic.twitter.com/YwRnVEIAKX

According to a new interactive mapping tool, the county is on the hook for roughly $1.1 billion worth of repairs; and that’s if they were to focus on roads in “poor condition.” As a whole the county has an estimated $2.3 billion in need of fixes — that doesn’t include an extra 39 bridges that are considered to be “deficient.”

Talk about sticker shock -- the numbers being unveiled by Macomb County give you an idea of a true uphill battle to (to steal a phrase) "fix the damn roads." @MarkHackel @GovWhitmer @MacombNewsNow pic.twitter.com/nUAv2sr2Yq

County Executive Mark Hackel has a planned announcement on Wednesday where he’ll discuss the reasoning for the tool, but the takeaway from the initial numbers shows a daunting task: hundreds of miles of failing roads with little money to fix them.

The county has gotten creative before, last year when Mound Road was failing the City of Sterling Heights and the county teamed up to chip in $10 million worth of emergency funding to do a short-term fix on the road. A portion of that money will be reimbursed.

NEW THIS AM: It'd cost more than $2 billion to fix all the roads in Macomb County that are considered in "poor condition." So what's next -- the county just released a new tool that shines a light on just how big the task ahead is. We have a live report on @wxyzdetroit at 5:30a. pic.twitter.com/PauvECtPqB

“It was bad, possibly one of the worst roads in the county, if not the state,” Hackel told 7 Action News back in March, a year after the potholes got so bad more than a dozen people blew tires in a single day.

There has also been work to create a long-term fix involving federal funds for a stretch of Mound Road from I-696 to Hall Road, however, it’s hard to imagine the county will be able to find unique solutions for the more than 750 miles of “poor condition” primary road miles throughout the county — there’s an additional 500 miles of subdivision roads in need, as well.

If you’d like to see a breakdown of your community the mapping tool is live right now here.