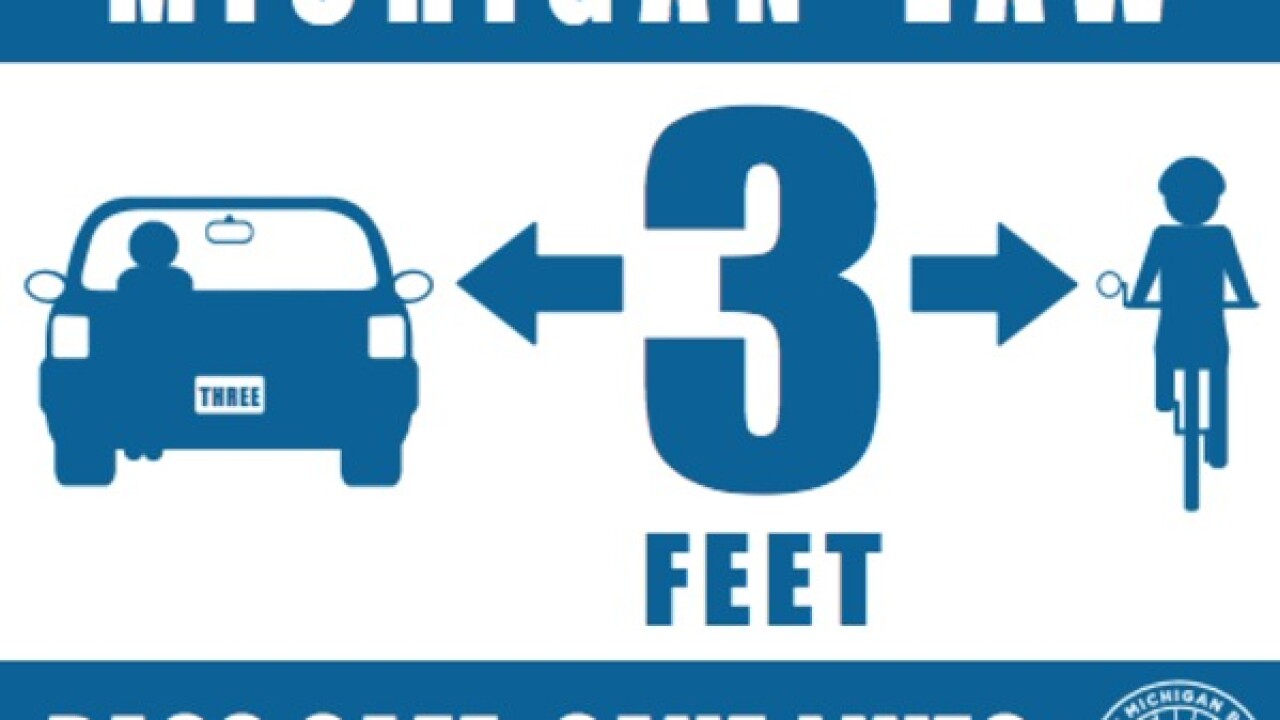 A new law in Michigan says drivers must provide a minimum of 3-feet of room while passing bicyclists on the road.

Officials say before today, Michigan was one of 11 states that did not have a safe passing law improving bicycle safety.

There was a spike in Michigan bicycle fatalities in 2016, with 38 cyclists killed on the roads. In 2017, there were 21 bicyclists killed in crashes and another 1,356 injured, according to the Office of Safety Planning.

“We are encouraged that bicycle fatalities are down and optimistic that this new safe passing will help continue that trend since a significant portion of crashes and fatalities involve a motorist striking a cyclist from behind," said John Lindenmayer, Executive Director of the League of Michigan Bicyclists.

Law violations will result in a fine and three points on the driver's record.

Gov. Snyder signed the bipartisan bill into law on June 29.