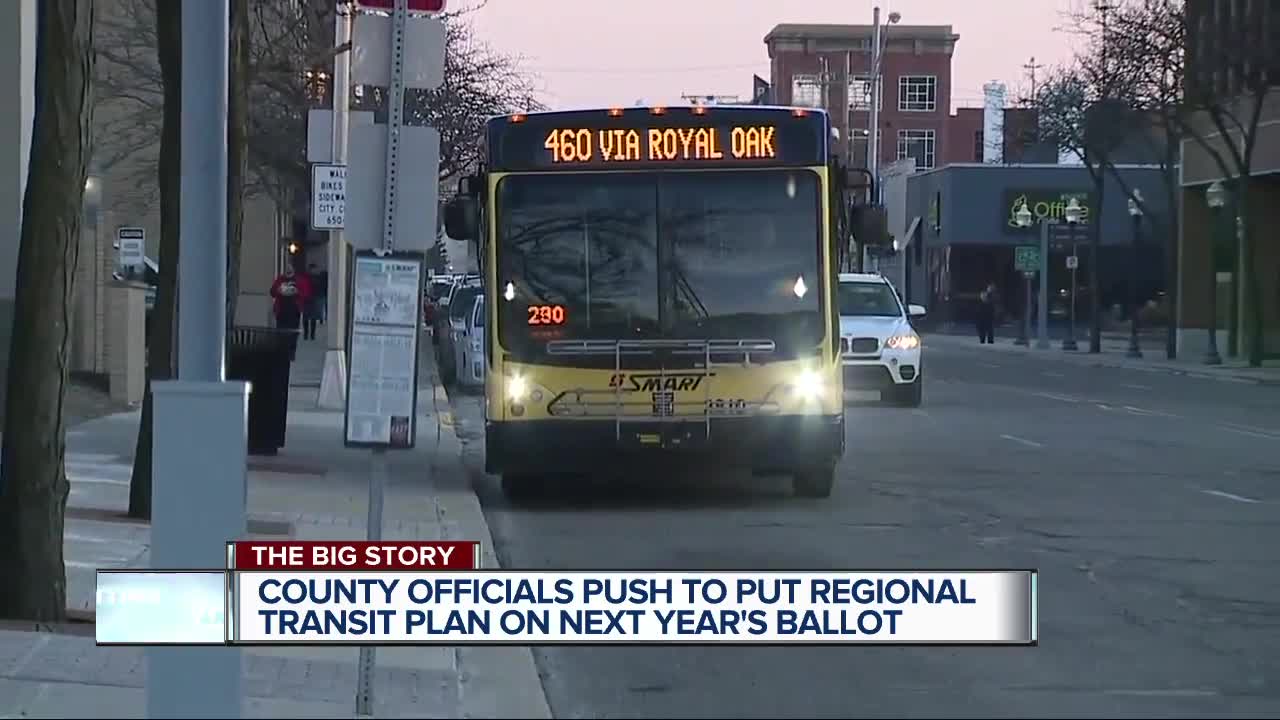 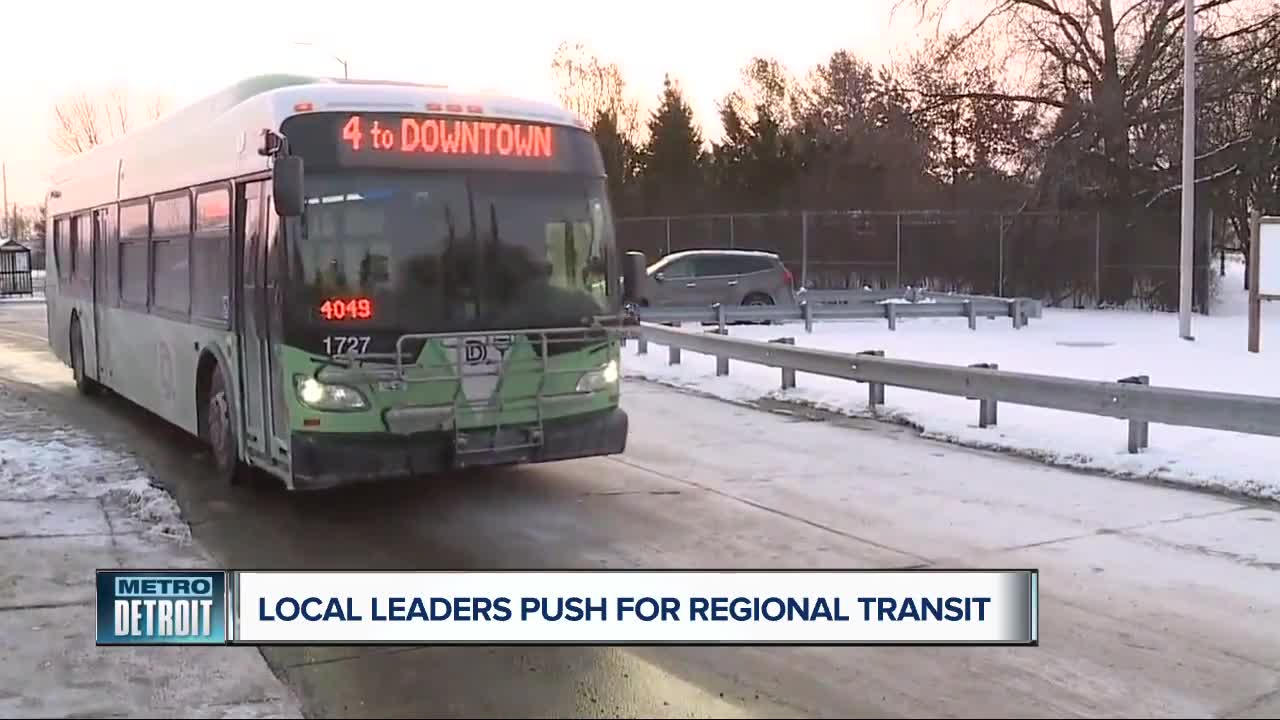 According to the group,t he plan would propose a revision to Michigan's Municipal Partnership Act, which would then give the first step toward expanding regional transit in Michigan.

The proposed plan has the support of state congressional leaders in both parties, according to the group, and was sponsored by State Rep. Jason Sheppard, a Republican from Temperance.

“The MPA gives local leaders an opportunity to craft and finance a substantive, politically-viable transit plan for Wayne, Washtenaw, and Oakland counties,” Evans said in a release. “Transit is a priority for our region and offers a potential pathway to a regional solution. At this point in time, we need to move forward with a coalition of the willing and the urgency this issue deserves.”

Macomb County Executive Mark Hackel was not at the press conference, and according to Evans, Macomb County didn't feel regional transit is a priority at this time.

“We support the efforts of our regional partners exploring better connected regional transit options,” Hackel said in the release. “As the only county in the region with a countywide service area, we look forward to future opportunities to better connect our region.”

According to the plan, it would revise the current law which was passed in 2011, and give a greater flexibility to finding regional transit in southeast Michigan.

“We are asking the Michigan Legislature to give us this tool so that we can begin the hard work of developing a transit plan that provides value to our communities,” Coulter said in a release. “Done right, improved transit and mobility has the potential to enhance economic development, resolve workforce constraints, and improve the quality of life for our residents.”

“We have been working on solving our regional transit challenges for years to allow us to compete against other states for major economic opportunity and investment,” Duggan said. “This legislation is a big first step toward a transit solution that has escaped us for too long.”

The proposal will still have to be passed by both the Michigan House and Senate and signed into law by Gov. Gretchen Whitmer. If that happens, leaders from the three counties and Detroit will work with the Regional Transit Authority to get public engagement about regional transit and come up with a three-county partnership.

“It has to be the right plan for all three counties and Detroit,” said Evans. “We are all mindful of working across the table to negotiate an agreement that meets the works for all of us.”

“Washtenaw County remains committed to working with our partners in Wayne and Oakland counties to develop a regional transportation system that works for our residents,” said Jason Morgan, Chair of the Washtenaw County Board of Commissioners. “Regional transportation is critical to ensuring inclusive economic growth for Southeast Michigan and we are ready and willing to move forward with developing a three-county transit solution. The MPA gives us that opportunity to take that next step, together.”

This is the first attempt at bringing regional transit back to southeast Michigan since a proposal narrowly failed in the 2016 election, getting around 49.5 percent of the vote. Macomb County had the lowest support with only 40 percent. Wayne and Washtenaw counties both had a majority support the proposal, and just under 50 percent supported it in Oakland County.