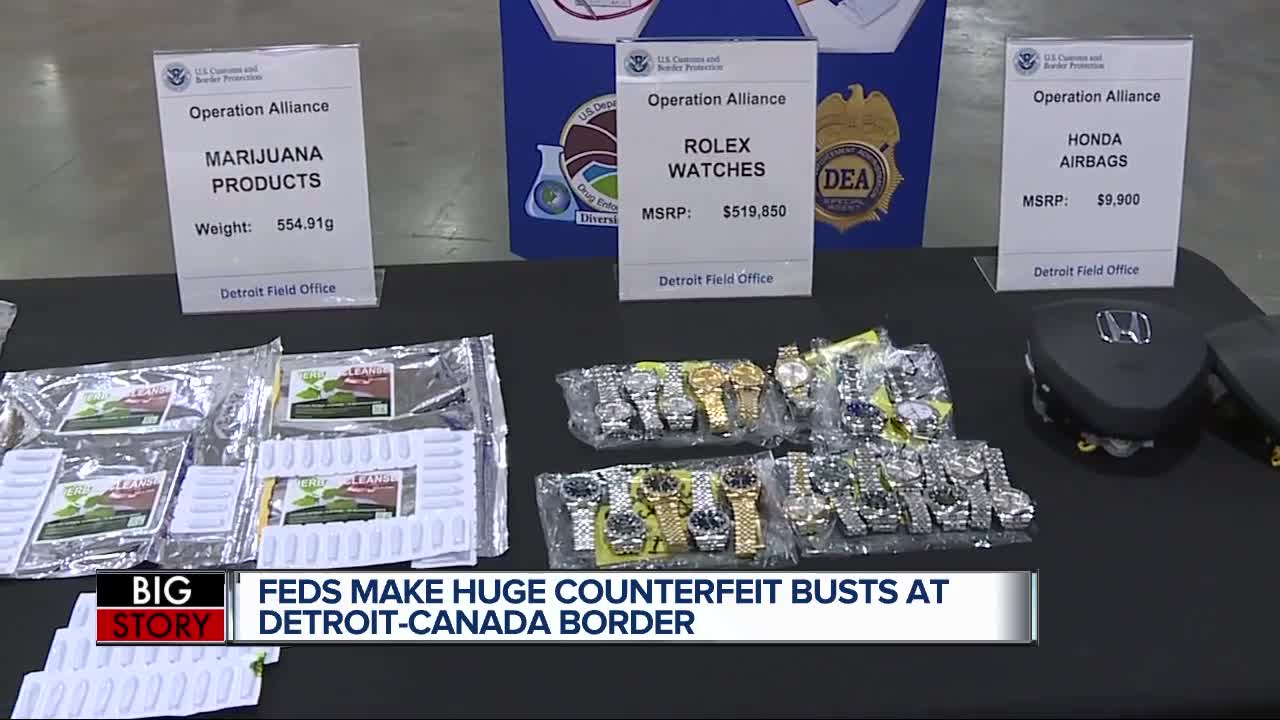 A new task force has been launched in Detroit to stop counterfeit items from making their way across the Canadian-Michigan border.

DETROIT (WXYZ) — A new task force has been launched in Detroit to stop counterfeit items from making their way across the Canadian-Michigan border.

On Monday, at the Customs Border Protection Fort Street Cargo Facility, counterfeit items were shown off as a week-long enforcement effort known as “Operation Alliance.” This is the first time the task force teamed up, which happened during the week of the Feb. 24.

“The primary focus of the operation is the examination of commercial shipment for counterfeit pharmaceuticals in the express carrier us foreign mail, Canadian post, and outbound rail environments,” said Christopher Perry, director of Field Operations for U.S. Customs and Border Protection.

Some of the items seized include fake airbags, watches, shoes, phones and more. Also seized was counterfeit Xanax laces with Fentanyl.

“The amount of Fentanyl discovered during this week-long enforcement effort had the potential to kill nearly 85,000 people,” Perry said.

In all, $1.1 million in counterfeit items were seized by agents.

Federal agents plan to keep watching the Canadian-Michigan border, described as one of the busiest ports in the United States.

“Whether you’re talking about containerized traffic that is coming into or going out of here into Canada or the airport, we have four international crossings within 75 miles where we are sitting right now and it’s a busy commercial trade environment,” said Jared Murphy, assistant special agent in charge with Homeland Security.