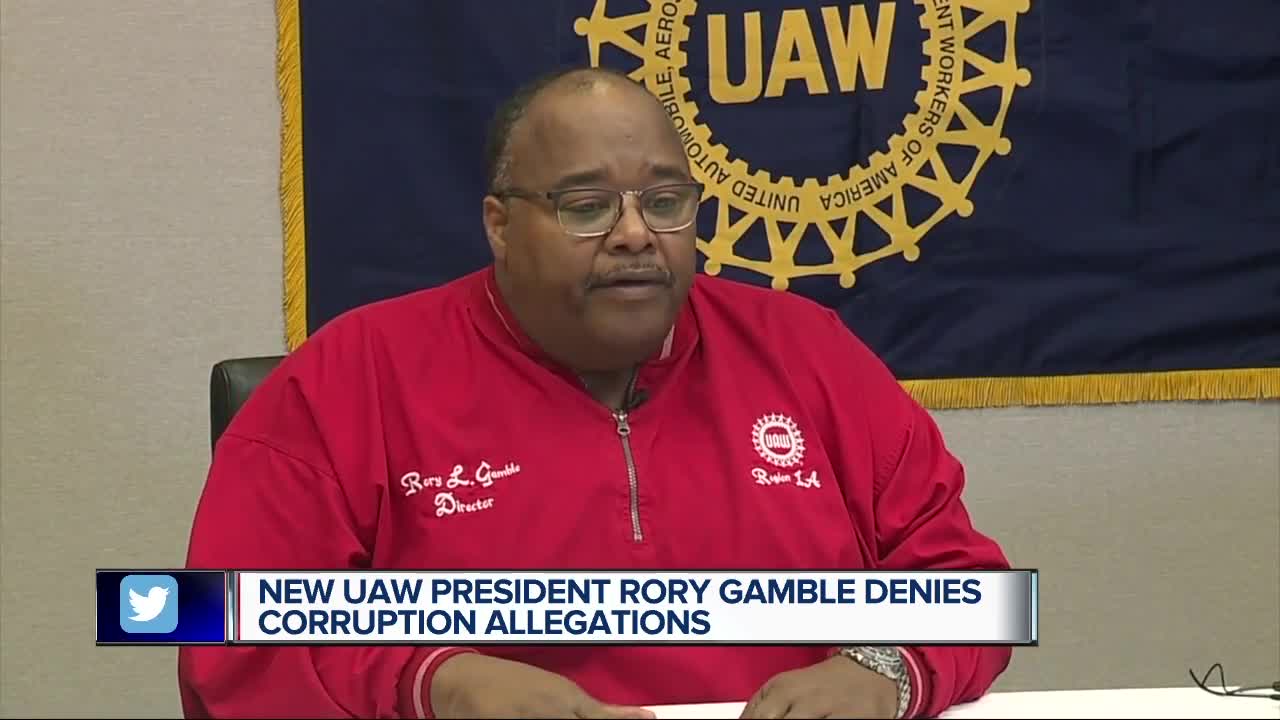 Gamble calls allegations "false." Gamble has been in office only three months and says he's there to clean up the corruption.

In all, 13 people have been charged and 11 have taken plea deals.

The latest allegations center on a Southfield-based vendor that was paid millions of dollars for what are called trinkets and trash, shirts, jackets, key chains, hats and other items with UAW logos and given to union members.

The company is owned by Jason Gordon, who did not respond to 7 Action News. His attorney, Christopher Andreoff, says his client has not been questioned by federal investigators but they have turned over records and documents under grand jury subpoenas going back to 2018. Those transactions have been part of previous UAW based corruption cases.

The previous cases have involved joint UAW training centers with General Motors and Fiat Chrysler. The latest investigation is centering on the Ford UAW department where Gamble worked.

Former UAW Vice President Jimmy Settles is also implicated. He's now working as director of the Detroit Department of Neighborhoods. Neither he nor Mayor Mike Duggan were available to comment.

A statement from a spokesman says they "have no information on this matter and like anyone, Mr. Settles deserves a presumption of innocence."

The UAW President's letter takes says Gamble can take the scrutiny expected in the job but some of the headlines in the latest allegations are irresponsible.