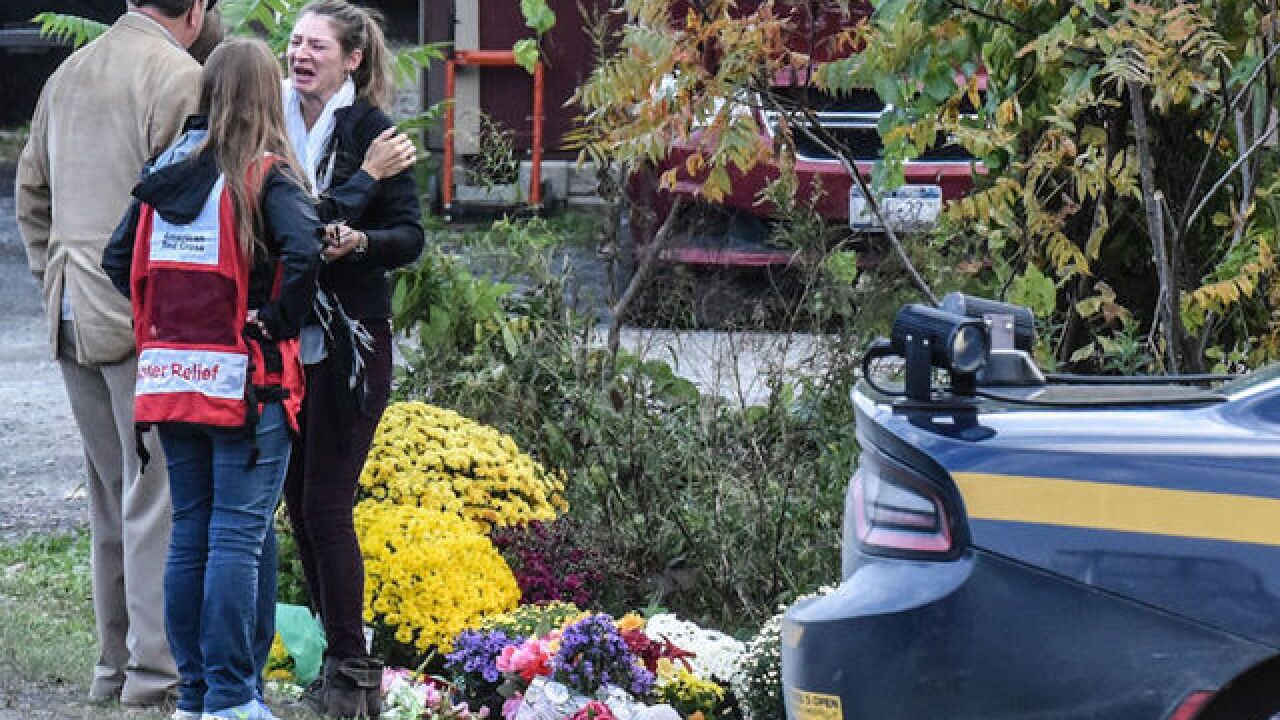 Copyright 2018 Scripps Media, Inc. All rights reserved. This material may not be published, broadcast, rewritten, or redistributed.
Stephanie Keith
<p>AMSTERDAM, NY - OCTOBER 08: People mourn at the site of the fatal limousine crash on October 8, 2018 in Schoharie, New York. (Photo by Stephanie Keith/Getty Images)</p>

Police say they have charged a limo service operator with criminally negligent homicide after a crash that killed 20 people in upstate New York.

Prestige Limousine has come under intense scrutiny since Saturday's crash in Schoharie.

Two pedestrians and 18 people in a Prestige super-stretch limo were killed. It was taking a group to a birthday bash.

State officials have said the limo failed an inspection and was declared "unserviceable" Sept. 4. The company's lawyer has said safety problems were corrected, though the state says that's not so.

Police arrested a limousine company owner's son Wednesday in connection with the weekend crash in Schoharie that killed 20 people, according to the company's lawyer.

Nauman Hussain, whose father, Shahed, owns Prestige Limousine Chauffeur Service, was arrested during a traffic stop on Interstate 787, according to New York State Police. Nauman Hussain is an "operator" for Prestige, police said.

Charges are pending for Nauman Hussain, the state police said.

Officer Kerra Burns, a state police spokeswoman, declined to say whether the arrest was related to the crash, but Lee Kindlon, who is representing Prestige, told CNN it was connected to the Saturday accident.

The arrest came as state officials and Kindlon offered conflicting accounts on whether the stretch Ford Excursion should have been on New York's roads when it crashed in Schoharie, killing 20 people .

Gov. Andrew Cuomo flatly stated this week that the vehicle failed a state inspection , meaning it shouldn't have been in service, and that the driver did not have a proper license to operate the vehicle. Attorney Lee Kindlon says neither claim is true.