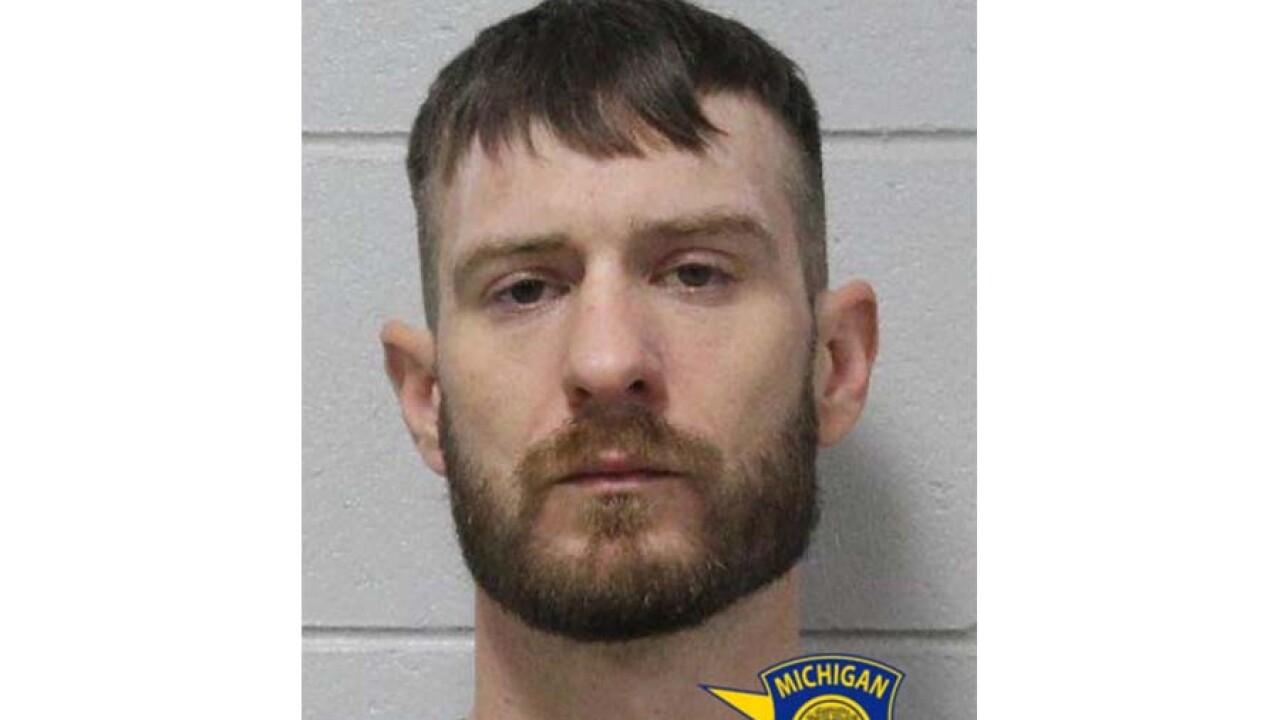 WEXFORD COUNTY, Mich. (WXYZ) — A 33-year-old man from Cadillac, Michigan has been charged for allegedly throwing a car part at a woman's face, police say.

The alleged assault happened Dec. 7 around 6:45 p.m. in Wexford County, which is in Northern Michigan.

Michigan State Police investigated the incident at a home on 4th Avenue in Cadillac. When troopers arrived, they found a man later identified as Dylan McQueen barricaded inside an unattached garage on the property.

The woman was found at a friend's house and told police the man had assaulted her with a brake caliper, which was allegedly thrown at her face.

Police say no medical attention was required for the woman. Now McQueen is charged with one count of assault with a dangerous weapon, which is a felony that carries possible four years in prison.

McQueen was arraigned and released on a $2,500 cash surety bond.