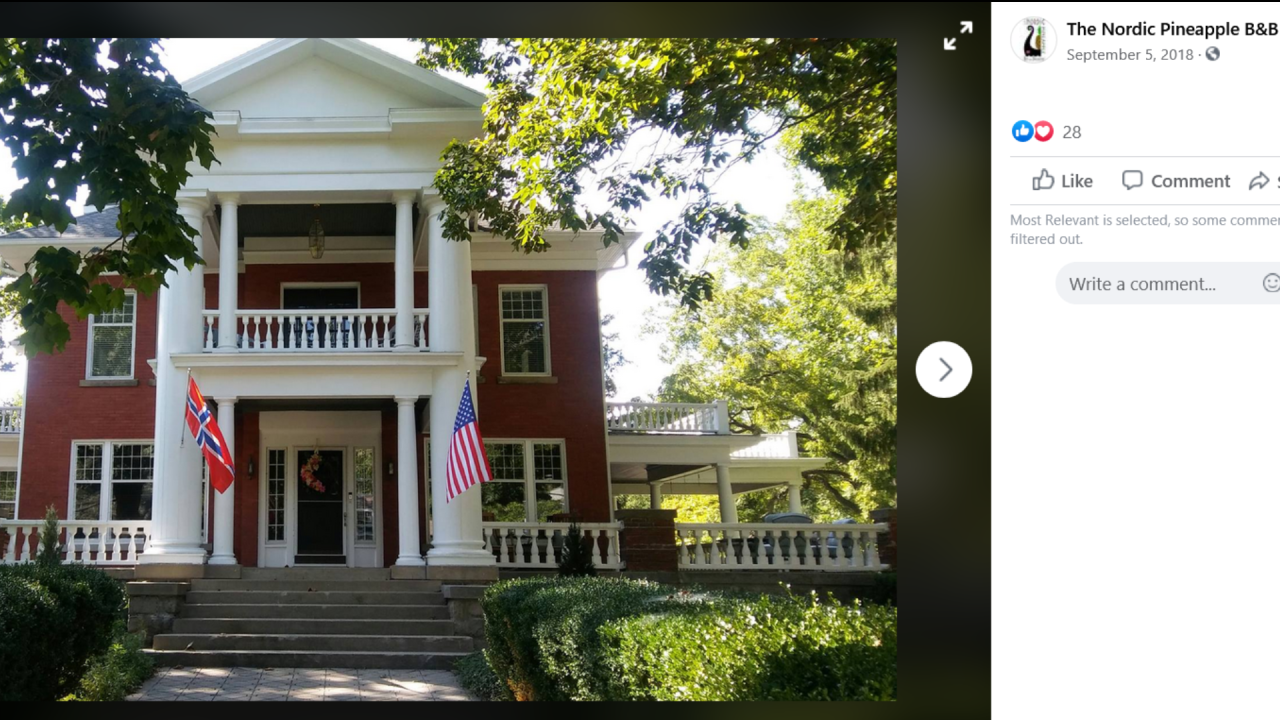 ST. JOHNS, Mich. (AP) — Owners of a Michigan bed and breakfast have removed a Norwegian flag outside of their business after being accused of promoting racism from people who think that it is a Confederate flag.

Kjersten and Greg Offenecker, owners of The Nordic Pineapple, hung the flag opposite of the American flag after they moved into the Civil War-era mansion in 2018, the Lansing State Journal reported. They took both flags down last week.

The red flag, with a blue cross superimposed on a white cross, is a nod to Kjersten Offenbecker’s grandfather, who was born in Norway. The Norwegian flag has the same colors as the Confederate flag, but the patterns and symbols are different. The Confederate flag is red with a blue “X” containing white stars.

The couple said they never would have thought anyone would mistake the Norwegian flag for something else.

“I don’t see it because I grew up with the Norwegian Flag,” Kjersten Offenbecker said. “To me, they are two distinct flags.”

Several community members have urged the couple to put the Norwegian flag back up, but the Offenbeckers say they won’t until they can figure out a way to make sure it is not mistaken for the the Confederate flag.

The couple wrote in a July 20 post on The Nordic Pineapple’s Facebook page: “We love being members of the St Johns community and are heartbroken to have had to make this decision. Given the current cultural climate and the idea that people are judging us based on the misconception of the national Norwegian flag vs. the Confederate flag, this is what is best for our family and our Inn.”

The couple, who has two Black children, said they are have done their best to help their children navigate racism in America and the aftermath of George Floyd’s death in Minneapolis.

Floyd died after an officer pressed his knew into Floyd’s neck for nearly eight minutes. The death of Floyd sparked protests worldwide against racial injustice and police brutality.

“It’s more than this one instance for Black people,” Kjersten Offenbecker said. “It’s not just this one person. This was the straw that broke the proverbial back.”