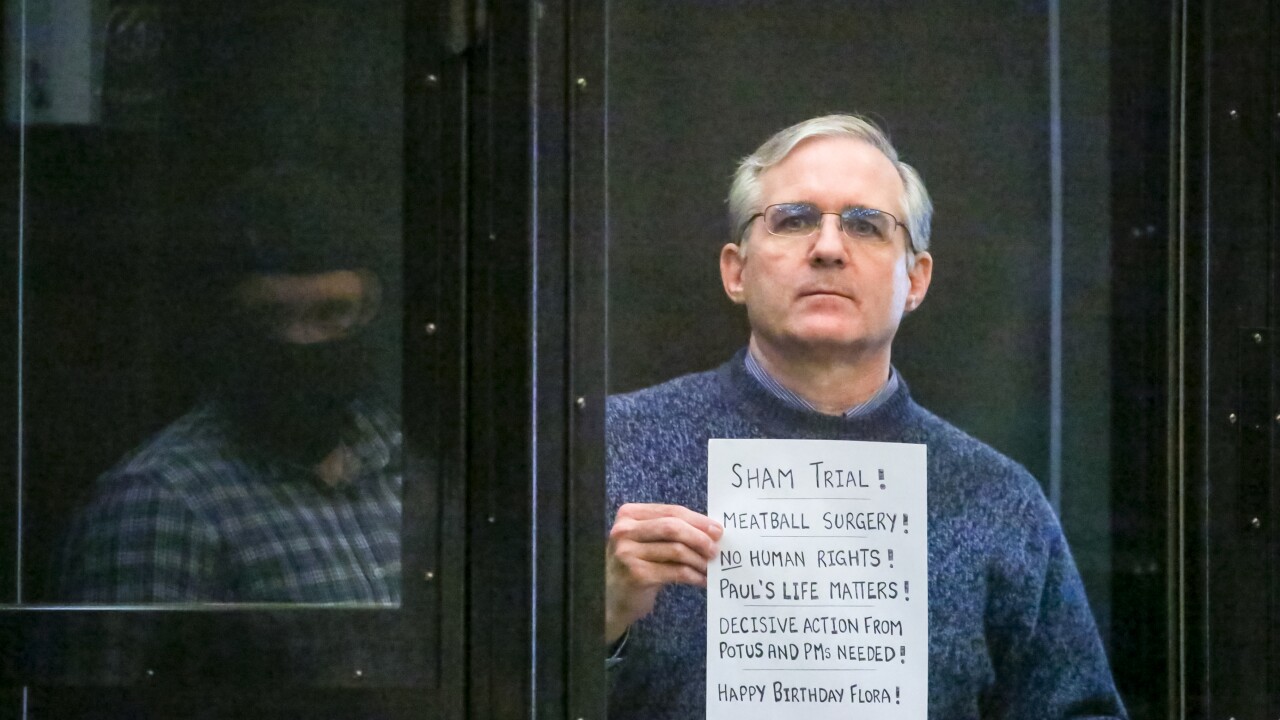 Sofia Sandurskaya/AP
Paul Whelan, a former U.S. marine who was arrested for alleged spying, listens to the verdict in a courtroom at the Moscow City Court in Moscow, Russia, Monday, June 15, 2020. The Moscow City Court on Monday convicted Paul Whelan on charges of espionage and sentenced him to 16 years in maximum security prison colony. Whelan has insisted on his innocence, saying he was set up. The U.S. Embassy has denounced Whelan's trial as unfair, pointing that no evidence has been provided. (Sofia Sandurskaya, Moscow News Agency photo via AP)

(WXYZ) — Paul Whelan, the Novi man held in Russia for nearly two years, has been sentenced to 16 years in prison on spying charges in Russia.

The 50-year-old has been in Russian custody since 2018, following his arrest at a hotel there.

Whelan said he was only traveling to attend a friend's wedding.

Whelan had emergency hernia surgery in May. His twin brother, David, is now worrying about COVID-19 and his brother's health behind bars.

David is preparing for his brother to serve some time, but has been fighting for his release and has not lost faith that Paul could still come home.

"We hope there will be some action by the U.S. government, once there’s been a conviction. Some clemency by President Putin, who sees that there’s been an injustice done here."

In a letter written Friday, David notes that Russian officials only discuss prisoner release once that person has been convicted. He hopes Monday could be an important first step in getting his brother home.

He also says that in his eyes, a conviction will only signify his brother's failure to confess, not evidence of any actual guilt.