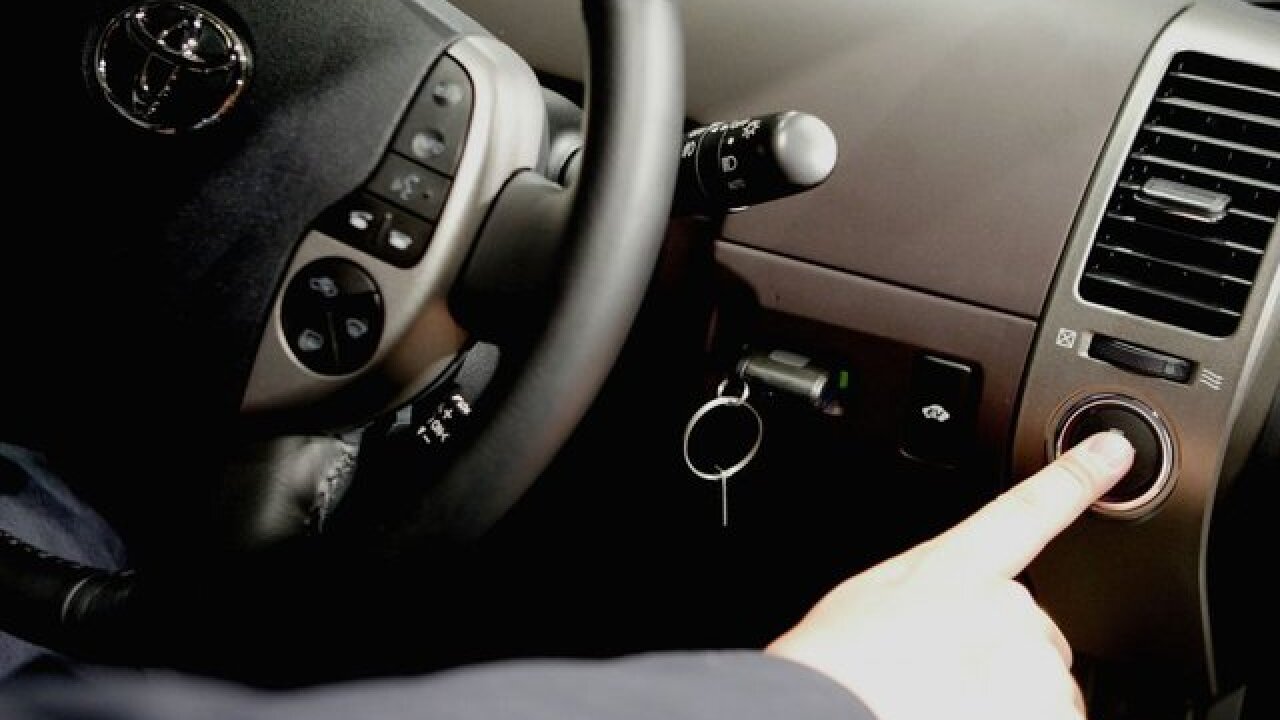 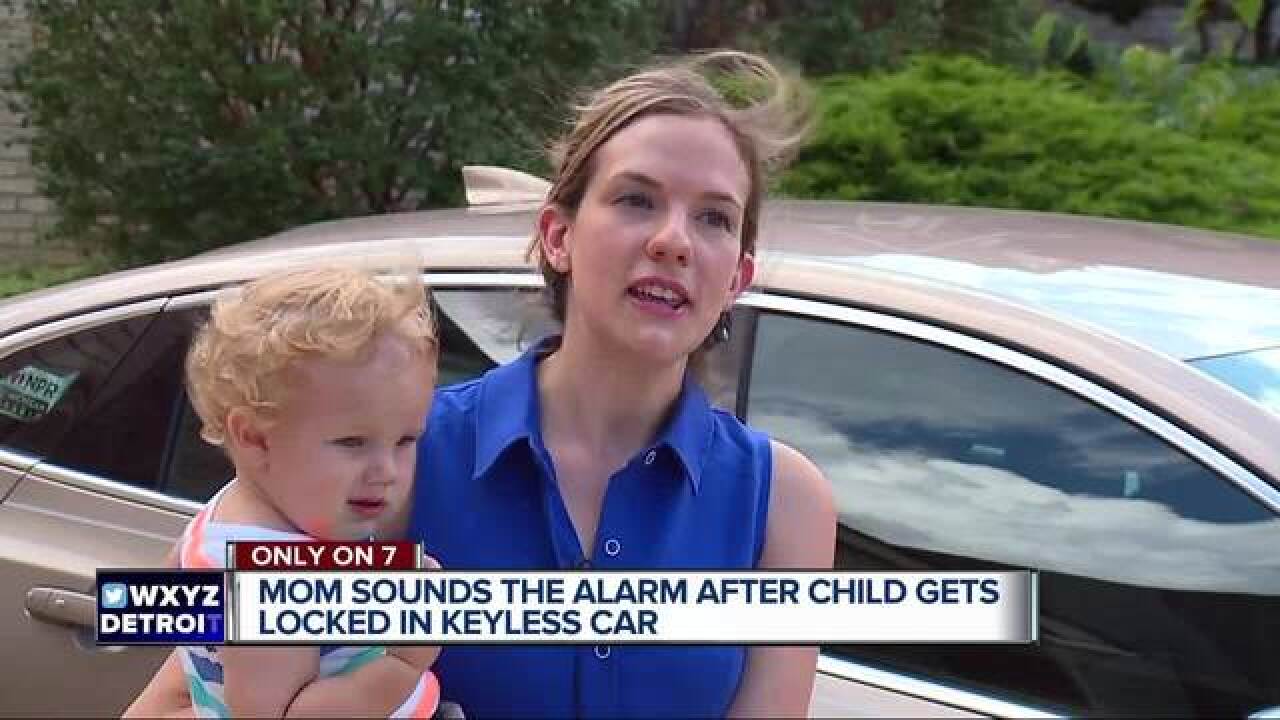 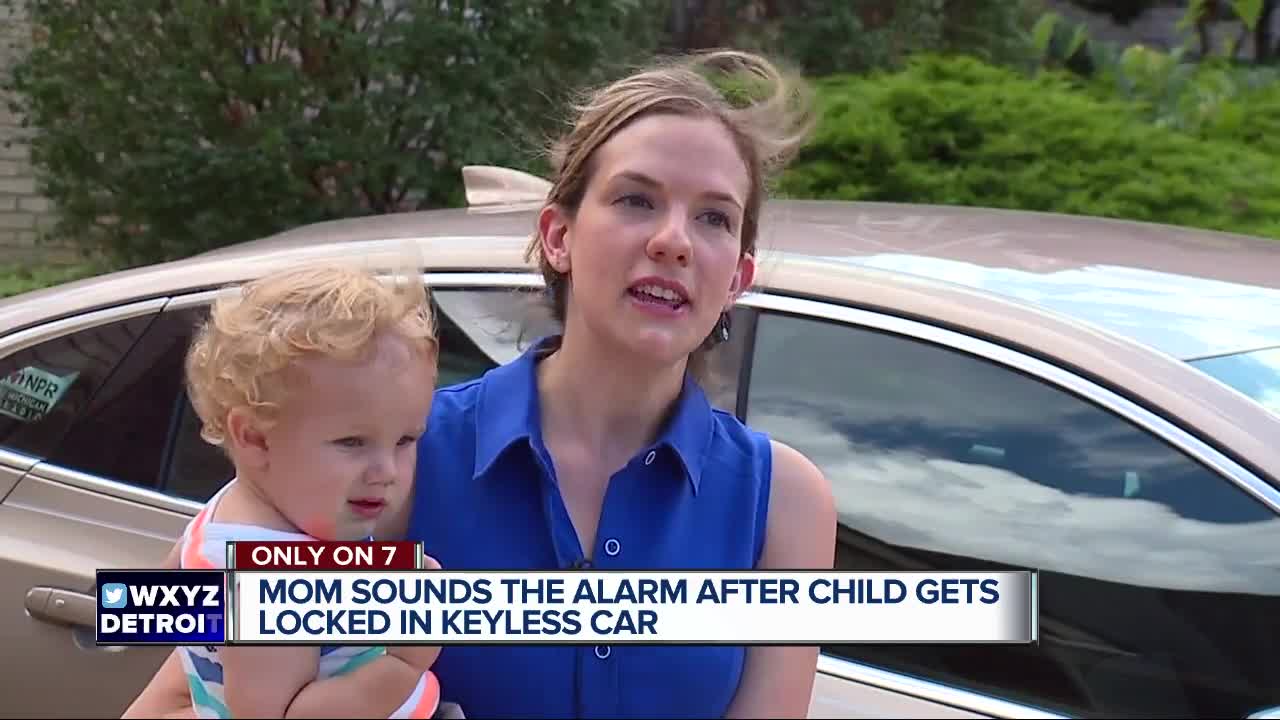 Keyless locks can be convenient in many ways, especially when you are juggling kids in and out of a car.

But one mom in Novi has a warning out for parents.

Cars don’t typically lock when key fobs are inside.

That’s what Katie Corbin thought when she was gassing up, leaving her one-year-old toddler, Joey, sitting in his car seat.

When the doors unexpectedly locked, she went into a panic.

Corbin pulled up to this gas station at 8 Mile and Haggerty in Northville Tuesday afternoon with both key fobs in the car, one in the diaper bag, one in a purse.

She parked in the shade because it was over 90 degrees, but with the car off, it could get too hot for Joey.

“I thought that having a keyless entry car meant that I could leave my key in my car while I went and pumped gas,” she said. “That was not the case.”

Corbin said she closed the doors and immediately heard them lock.

“At this point I’m panicking it’s 92 degrees outside.”

Joey was crying and reaching for Katie.

Katie felt even more helpless because her phone was inside the car.

Other bystanders called 911 and tried to help.

One woman ran over with a mallet and an off-duty firefighter also came over to open the door.

Katie said police arrived about 10 minutes later and opened the door to get Joey.

“He was just pouring sweat and I got him out and he stopped crying immediately just laid his head on my chest. I just squeezed him and held him.”

Corbin got the 2018 Chevy Malibu a month ago, but has used keyless entry systems in the past.

After the ordeal, she called the dealership and they told her if you have the key fob inside of your purse or in any type of fabric it can actually cut the signal off.

The dealership employee also told Corbin to turn off passive lock settings on the car.

She says she will never leave the key fob in her car again.

Now, she’s hoping her story will prevent others from going through the same ordeal.

“Technology failed me and my child was or in harm’s way.”